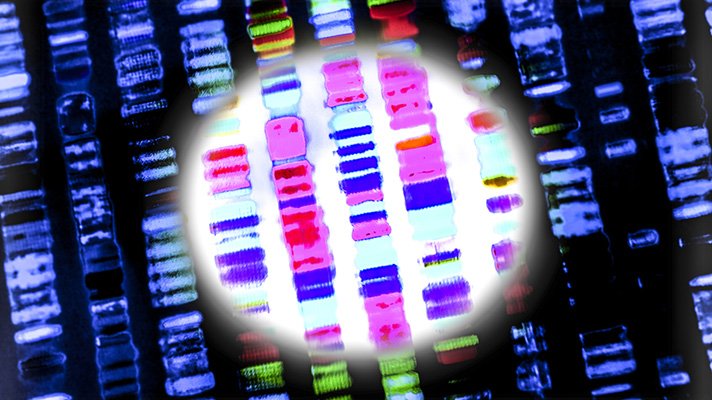 A new report shows how a machine-learning algorithm is able to predict how human and mouse cells respond to DNA breaks induced by CRISPR gene editing technology.

The research points toward a potential future where AI could help guide cells' own natural genetic auto-correction in combination with CRISPR-based therapies that correct mutations by simply cutting DNA precisely and allowing the cell to heal naturally.

WHY IT MATTERS
Investigators from MIT, Broad Institute and Brigham and Women's Hospital found that cells often repair broken genes in ways that are precise and predictable.

Damaged DNA can repair itself with a genetic auto-correction, but the repairs are often imperfect, with cells adding or removing bits of DNA at the break site in a seemingly random and unpredictable way, researchers said.

Editing genes with CRISPR-Cas9 enables DNA to be snipped at specific locations, can create errors that alter the function of genes – that's sometimes useful to disabling a gene, but has so far been thought too error-prone to be applied to therapeutic ends.

But the new machine-learning algorithm predicts how human and mouse cells respond to CRISPR-induced breaks in DNA: Researchers found that cells' own self-repair is often precise and predictable.

There had been some past evidence of patterns to CRISPR repair outcomes, and researchers had mused about modeling them. But to do that, much more data was needed to glean deeper understanding from those patterns.

MIT graduate student Max Shen and Broad Institute postdoctoral researcher Mandana Arbab looked at how cells repaired a library of 2,000 sites targeted by CRISPR in the mouse and human genomes.

Once they saw how the cells self-repaired those cuts, they incorporated their findings resulting data into a machine-learning model, called inDelphi, which enabled the algorithm to learn how the cells responded – which bits of DNA were added to or removed from each damaged gene. Soon, inDelphi was able discern patterns at cut sites that predicted what insertions and deletions occurred.

After querying inDelphi for disease-relevant genes that could be corrected by cutting in just the right place, the researchers found nearly two hundred pathogenic genetic variants that were mostly corrected to their normal, healthy versions after being cut with CRISPR-associated enzymes.

Even better, they've already been able to harness that predictability to correct mutations in cells from patients with rare genetic disorders, Hermansky-Pudlak syndrome and Menkes disease.

THE LARGER TREND
InDelphi is available to help researcher make precise edits. They can query the site to see where they might be able to cut DNA and get their desired outcomes, and also to confirm the efficiency of DNA cuts intended to turn genes off, or to determine the end-joining byproducts of a template-driven repair.

While much more work remains, researches say the predictability enables future therapeutics that could trigger the cells' natural for more efficient genome editing.

ON THE RECORD
"Machine learning offers new horizons for the development of human therapeutics", said David Gifford, professor of computer science and biological engineering at MIT. "This study is an example of how combining computational experiment design and analysis with therapeutic goals can produce an unexpected therapeutic modality."

"We don't currently have an efficient way to precisely correct many human disease mutations," said David Liu, director of the Merkin Institute of Transformative Technologies in Healthcare, and vice chair of the faculty at the Broad Institute. "Using machine learning, we've shown we can often correct those mutations predictably, by simply letting the cell repair itself."

"We show that the same CRISPR enzyme that has been used primarily as a sledgehammer can also act as a chisel," said Richard Sherwood, an assistant professor of medicine in the Division of Genetics at Brigham and Women's Hospital. "The ability to know the most likely outcome of your experiment before you do it will be a real advance for the many researchers using CRISPR."