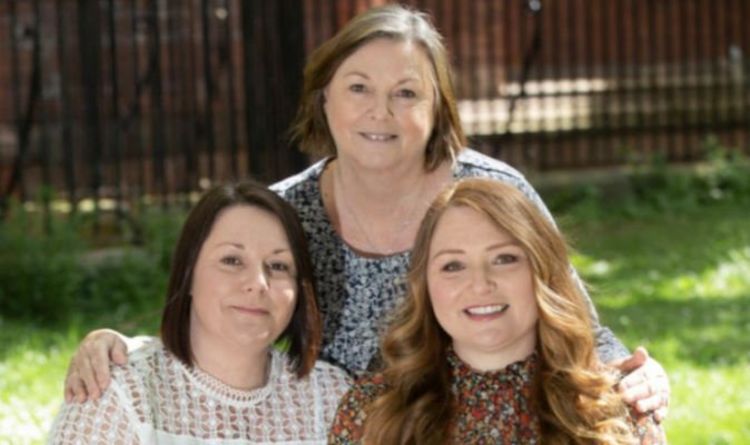 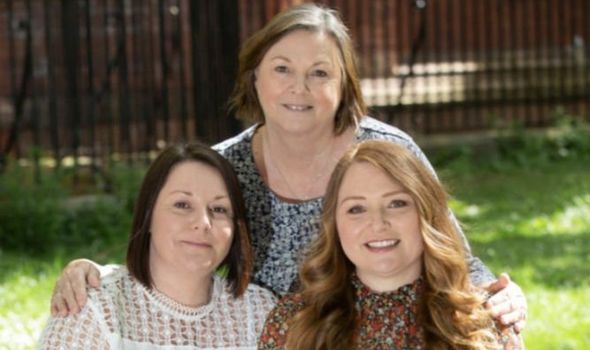 But her hopes of recovery have risen thanks to high-energy proton beam therapy (PBT) being pioneered since December at The Christie Hospital, Manchester. Mrs Nicholls is one of its first patients. Previously people had to travel to the United States. Consultant Stephen Kennedy, who is treating Mrs Nicholls, said: “With PBT, compared to conventional radiotherapy, there is less dose to surrounding normal tissues and less risk of permanent long-term effects of treatment. This is particularly important for tumours like Gail’s which are in hard-to-treat areas such as the spine.

Mrs Nicholls said: “I feel very lucky to be part of such a pioneering programme – and now I feel much more positive about my cancer journey.

“Without PBT my condition would be terminal – so it is giving me a chance to get through it.

“I’ve got four children and I want to be able to see my grandchildren born and grow up. When I was first diagnosed, I was in despair. I didn’t think I was going to be able to do any of these things. But now I feel like I’ve been given a chance.”

Mrs Nicholls, a hairdresser, who lives in Exeter, was diagnosed just before Christmas after being admitted locally. 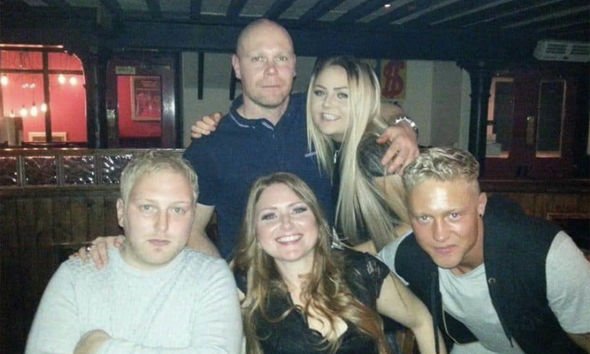 She said: “I didn’t have any symptoms at all, but I was admitted to hospital with stomach pains and initially doctors thought it was appendicitis. I went for tests and scans and it revealed that I had a large fibroid in my womb which was causing the pain.

“It was nothing to do with the cancer – but when doctors scanned me they could see there was something on my spine too. So it was lucky that I’d had the fibroid, or else the cancer wouldn’t have been found until much later.”

Tests revealed she was suffering from a rare cancerous tumour called a sacral chordoma in the lower part of her spine.

She said: “To be told I had cancer was devastating. My whole world just fell apart.”

She said: “I was told that because of its location in the vertebrae of my lower spine that it would be very hard to treat and without treatment, the prognosis would not be good.

“It was devastating to hear. I’m a mother of four, and a wife too. To be told that I had such an untreatable cancer was just unbearable.”

Chordomas are complicated tumours to treat because of the involvement of critical structures such as the brainstem, spinal cord and important nerves and arteries.

Her case was put before a national panel of experts, who decided that PBT would be the best form of treatment for her.

The Christie Hospital is part of a two-centre PBT programme being funded by the NHS. The second centre at the University College London Hospitals is due to open next year.

Until both facilities are running, some patients will still be referred abroad.

In Manchester a world-leading team of research scientists examine how protons interact with different tissues, where exactly they deposit their dose, and how precisely they cause biological damage to the tumours.

Mrs Nicholls’s treatment at the PBT centre at The Christie, which was built with £125million of government funding, is expected to last until July. Her family now are more hopeful of her recovery.

Husband Alan, 45, a retail manager, said: “It was devastating to all of us when we knew that Gail had such a rare cancer. She is a great wife and mum, and she holds our family together.

“We are just praying that this treatment works and we can carry on our life together as a family. We feel like this treatment has given us all some hope back.”

Daughter Olivia added: “Mum is being so strong throughout it all and we are very proud of her. Its amazing what this treatment can do.”

Mrs Nicholls added: “I am so grateful to be given this chance of having this treatment. I have gone from despair at not knowing my future, to hope that I now have a way forward through this.”