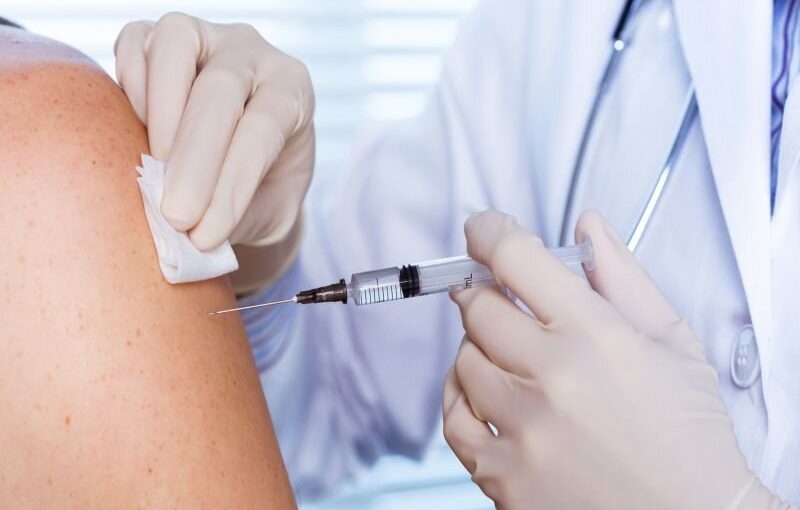 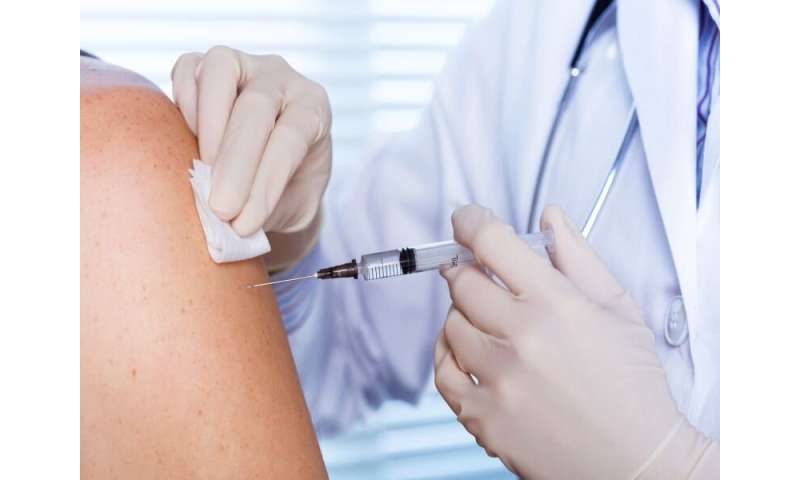 At least three new COVID-19 vaccine candidates are already in the pipeline, with a roll-out expected early in the new year. But on Monday, experts attending a meeting of an advisory committee to the U.S. Centers for Disease Control and Prevention stressed that Americans who get a shot shouldn’t be surprised if they feel under the weather for a few days afterwards.

“These are immune responses, so if you feel something after vaccination, you should expect to feel that. And when you do, it’s normal that you have some arm soreness or some fatigue or some body aches or even some fever,” Patricia Stinchfield of Children’s Hospitals and Clinics of Minnesota, told the meeting of the CDC’s Advisory Committee on Immunization Practices. She represents the National Association of Pediatric Nurse Practitioners, and said providers must be ready to explain this to people who line up to get any COVID-19 vaccine.

Vaccines work to fight disease by producing an immune response within the body. And sometimes that means flu-like symptoms, such as aches, headache and fever.

Already, some volunteers in trials of candidate vaccines from drug companies Moderna, Pfizer and AstraZeneca have reported flu-like symptoms after immunization. And experts worry that those reports might keep people away from vaccination, or from required second doses.

The CDC’s Dr. Sara Oliver told the committee during the five-hour-long meeting that, depending on the survey, anywhere between 40% and 80% of Americans say they’d be willing to get vaccinated.

Dr. Paul Hunter, of the city of Milwaukee health department and a voting member of the committee, said the testimonials of the first batches of people who get a COVID-19 vaccine could be crucial to wider acceptance.

Americans were greeted with a possible advance against coronavirus as Thanksgiving week began: A third vaccine candidate shows good results in shielding recipients against the virus.

Meanwhile, U.S. coronavirus cases continued to explode: More than 179,000 new cases were recorded on Monday, with more than 12.4 million Americans now known to be infected.

Hopes for the roll-out of another effective vaccine brightened on Monday, however. Drug giant AstraZeneca announcing that late-stage clinical trials of its coronavirus shot showed it to be 70.4% effective, The New York Times reported.

The trials were conducted in the United Kingdom and Brazil in collaboration with the University of Oxford. The AstraZeneca vaccine becomes the third shot to show good effectiveness, following on the heels of promising data on vaccines from Pfizer and Moderna. Both of the latter two shots had effectiveness around 95%.

The AstraZeneca results were based on the results of two dosing regimens for the vaccine: One regimen showed an effectiveness of 62%, the company said, while the other showed a 90% effectiveness.

The regimen showing a 90% effectiveness involved a first dose given at half strength and a second dose given at standard strength. No severe cases of COVID-19 emerged among any recipients, and there was a reduction in asymptomatic infections, suggesting that the vaccine was reducing transmission of the virus, AstraZeneca said.

In the meantime, the new coronavirus is spreading across America with unprecedented speed, the White House Coronavirus Task Force said in its first briefing in four months on Thursday.

“This is more cases, more rapidly, than what we had seen before,” Dr. Deborah Birx said during the briefing. “You can see the increase in test positivity to around 10%.” That’s the number of people tested who get a positive diagnosis.

Birx pointed to a map of the country that is covered in red, highlighting the number of daily hospitalizations, which now regularly tops 70,000, CNN reported. Birx said she has been crisscrossing the country as she tries to encourage state and local leaders to take measures to stop the spread of the virus.

Still, task force members spoke out against the idea of nationwide lockdowns or schools, even as New York City returned to remote learning this week, CNN reported.

“We do know what to do and we are asking every American to do those things today,” Birx stressed. That starts with wearing masks, but also staying apart and limiting gatherings, she said.

The virus spreads even when people do not show symptoms, Birx noted. “It is because of this asymptomatic spread that we are asking people to wear a mask indoors,” she said. “Decreasing those friend-and-family gatherings where people come together and unknowingly spread the virus,” will also help slow the spread, she added.

Earlier Thursday, the U.S. Centers for Disease Control and Prevention asked Americans not to travel for Thanksgiving. More than 187,000 cases were announced nationwide on Thursday, another single-day record, and daily tallies have been rising in 47 states, according to The New York Times.

In California, officials reported more than 13,000 new cases, a single-day record, prompting the state to announce a 10 p.m. curfew for all but essential workers, the Times reported.

Even if the current seven-day national average of about 166,000 daily cases plateaued until the end of the year, nearly 7 million more people would still contract COVID-19, the Times said.

Though talk of two highly effective vaccines came this week, they will not be widely available until spring of 2021.

“We are in for a rough period through the end of February,” Dr. Jessica Justman, a professor of epidemiology at Columbia University, told the Times. “It looks hard to find a way to break it.”

By Tuesday, the U.S. coronavirus case count passed 12.4 million while the death toll neared 258,000, according to a Times tally. According to the same tally, the top five states in coronavirus cases as of Tuesday were: Texas with nearly 1.2 million; California with just over 1.1 million; Florida with over 944,000; Illinois with nearly 666,000; and New York with almost 607,000.

Curbing the spread of the coronavirus in the rest of the world remains challenging.

Many European countries are tightening restrictions, the Associated Press reported. France has entered a nationwide lockdown, and Germany and Austria have started partial lockdowns as government officials across the continent scramble to slow a sharp rise in infections that threatens to overwhelm their health care systems.

Things are no better in India, where the coronavirus case count has passed 9 million on Tuesday, a Johns Hopkins University tally showed. More than 134,000 coronavirus patients have died in India, according to the Hopkins tally, but when measured as a proportion of the population, the country has had far fewer deaths than many others. Doctors say this reflects India’s younger and leaner population. Still, the country’s public health system is severely strained, and some sick patients cannot find hospital beds, the Times said. Only the United States has more coronavirus cases.

Meanwhile, Brazil passed 6 million cases and had nearly 170,000 deaths as of Tuesday, the Hopkins tally showed.