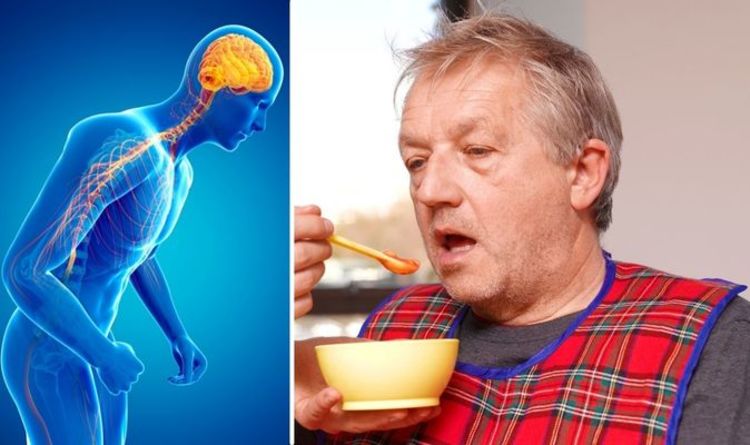 Parkinson's: What is it and what are the symptoms?

A new study has identified a drug candidate, which may help minimise dyskinesia. Dyskinesia are involuntary, erratic, movements of the face, arms and legs, Parkinson’s Foundation reports. This isn’t a symptom within itself but it’s a common complication associated with certain types of Parkinson’s medication.

The new study, conducted by Texas Biomedical Research Institute and collaborators, has found a “promising” solution to a common problem in Parkinson’s patients – dyskinesia.

This solution is a drug candidate, which can help minimise uncontrolled and involuntary muscle movements.

The study published in the journal Experimental Neurology found that a molecule called PD13R may reduce dyskinesia by more than 85 percent.

The study was conducted on animal models of Parkinson’s disease.

The animals also saw improvement in their sleep after taking the molecule, compared to another drug prescribed for dyskinesia.

The study reports dyskinesia to be a common side effect in people with Parkinson’s disease.

It’s not a symptom of the condition, however, it’s a complication linked to taking Parkinson’s medication.

Dyskinesia usually appears about five years into taking a medication called levodopa, according to the study.

Some of these are the main symptoms of Parkinson’s, with the NHS listing these three signs:

Marcel Daadi, PhD, the lead paper author said: “Levodopa is amazing, it works like magic, but it has side effects.

“If we can eliminate these side effects, it could change the life of patients with Parkinson’s.”

Science Daily reports that designing drugs for Parkinson’s is difficult because of the progressive nature of the disease and the involvement of the neurotransmitter dopamine.

There are five types of dopamine receptors and finding a compound that only interacts with one desired receptor is difficult.

After the team discovered PD13R targets mainly D3, they administered the molecule to the animal models of Parkinson’s.

These animals also suffered from dyskinesia after taking the levodopa medication.

Daadi’s team will keep up the safety and efficacy studies required by the U.S. Food and Drug Administration (FDA) before starting human clinical trials.