Home » Health News » Parents of Dead West Point Cadet Can Use His Sperm to Create His Child, Judge Rules 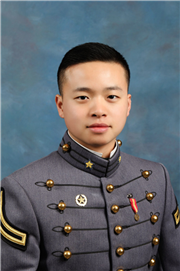 The parents of a West Point cadet who died in March — who say that he dreamed of becoming a father — can use his frozen sperm to create his child, a judge ruled.

Cadet Peter Zhu, 21, was pronounced brain-dead on Feb. 27 after a skiing accident on the military academy’s campus in New York. He was kept alive until March 1 because he was an organ donor, and during those two days his parents decided to petition the state to allow them to retrieve his sperm before they removed his organs.

The Zhus said in their initial court filing, according to the New York Times, that his dream was to own a ranch with horses and have five children, and this was their only way of making a portion of it come true after his death.

“Without obtaining sperm from Peter’s body, we will never be able to help Peter realize this dream of bringing a child into the world,” they said. “This is our one and only chance of fulfilling Peter’s wishes and preserving his incredible legacy.”

They also argued that they wanted to do this for “deeply personal cultural reasons,” as Peter is the only son born to the Zhu family and the one chance at carrying on their name.

After Justice John P. Colangelo agreed to the parents’ petition, doctors at Westchester Medical Center extracted Peter’s sperm to freeze for later use.

The Zhus had to return to court on May 16 to argue that they should have control of the sperm. Colangelo again oversaw the hearing, and gave them access with “no restrictions” on how they use Peter’s sperm.

Colangelo agreed with the Zhus that they “should be given the authority to determine the disposition of Peter’s genetic material,” though Peter had neither technically given his consent to retrieve his sperm nor made clear his desire for children in a will or binding document.

“Even though Peter did not expressly state that he wanted his sperm to be used for reproductive purposes,” the judge wrote in his ruling, “should his parents choose to do so in the future, it would not do violence to his memory.”

Colangelo said that he based his decision on Peter’s status as an organ donor and his parents’ testimony about his desire to have kids.

The Zhus said in their testimony that they have not yet made plans with Peter’s sperm, and have not looked for a surrogate or an egg donor.

The judge gave them full range to do what they please with the sperm, but wrote in his ruling that their eventual decision may need to be looked over for “legal, practical and ethical concerns, including the potential reluctance of medical professionals to assist in such a procedure.”

Peter was a top student at West Point and had already been accepted to multiple medical schools, his friends wrote on a GoFundMe page intended to raise money for a memorial fund. He had planned on getting his medical degree to become an Army psychiatrist.