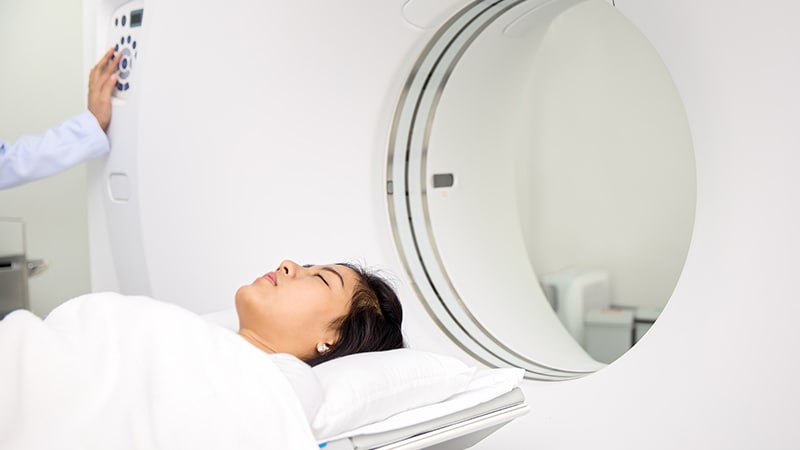 “Until randomized trials demonstrate value in lower-risk groups, our findings suggest that LDCT screening should be offered only to heavy smokers and only following a balanced presentation of benefits and harms,” they conclude.

The authors explain how, during that time, media outlets and hospital websites in Taiwan began a promotional campaign targeting women for lung cancer screening despite a smoking prevalence below 5%. One outlet beckoned: “Avoid the tragedy of sudden death from terminal lung cancer like the stars (celebrities). People who have never done LDCT, especially women, should do it now.”

Between 2004 and 2018, a total of 57,898 women were diagnosed with lung cancer in a population of approximately 12 million Taiwanese women. The rates of early stage disease, in particular, increased significantly in Taiwanese women after the introduction of LDCT screening. More specifically, from 2004 to 2018, the incidence of stages 0 to I lung cancer increased by more than sixfold from 2.3 per 100,000 population to 14.4 per 100,000 population.

“Because the more than sixfold increase in early stage cancer was not accompanied by a decline in late-stage cancer, we surmise that virtually all the increased detection [of lung cancer] after the introduction of LDCT screening in 2004 represents overdiagnosis,” the authors conclude.

Gao and colleagues observed a “dramatic” change in 5-year survival rates as well. Five-year survival more than doubled from 18% in 2004 to 40% in 2013, “arguably the highest lung cancer survival rate in the world,” the authors write.

Given that lung cancer mortality in Taiwan remained stable between 2004 and 2018, the investigators suggest the 5-year survival rate is biased, reflecting an increased detection of indolent, early stage lung cancer.

The authors emphasize that their findings “do not exclude the possibility that LDCT screening has had a small beneficial effect” and “acknowledge that screening may have advanced the time of diagnosis of a few cancers destined to become late stage.”

They also entertain the possibility that alternative explanations could account for their findings. One possibility, for instance, is that the incidence of lung cancer in Taiwan has been increasing.

However, evidence indicates the opposite may be true. Given the sharp decline in smoking rates among men from over 60% in earlier years to less than 25% now, women’s exposure to secondhand smoke has likely been declining. At the same time, the air quality in Taiwan has improved over the past few decades because of a decreased use of wood and coal in cooking and heating — factors that would further lower the true incidence of lung cancer.

“Furthermore,” they write, “it is difficult to imagine how such an increase in true disease occurrence would involve solely early stage disease.”

The authors also highlight the financial gains associated with widespread LDCT screening. In Taiwan, LDCT screening for lung cancer is not covered by National Health Insurance (NHI), despite being promoted widely among women. The service typically costs $150 to $230; however, the authors note that LDCT has been offered as a free charitable service to select groups.

Even with free screenings, hospitals still generate revenue from follow-up testing, biopsies, and surgical procedures covered by the NHI. For instance, between 2000 and 2018, claims for thoracotomies in women increased from approximately 800 to 8000 per year, virtually all reflecting the growth of video-assisted thoracoscopic surgical procedures.

“These data highlight the financial incentives favoring opportunistic screening,” the authors write. Given the “evidence of both overdiagnosis and overtreatment, we would strongly encourage the NHI to continue not to provide reimbursement for population-wide LDCT screening for lung cancer.”

The authors have reported no relevant financial relationships.