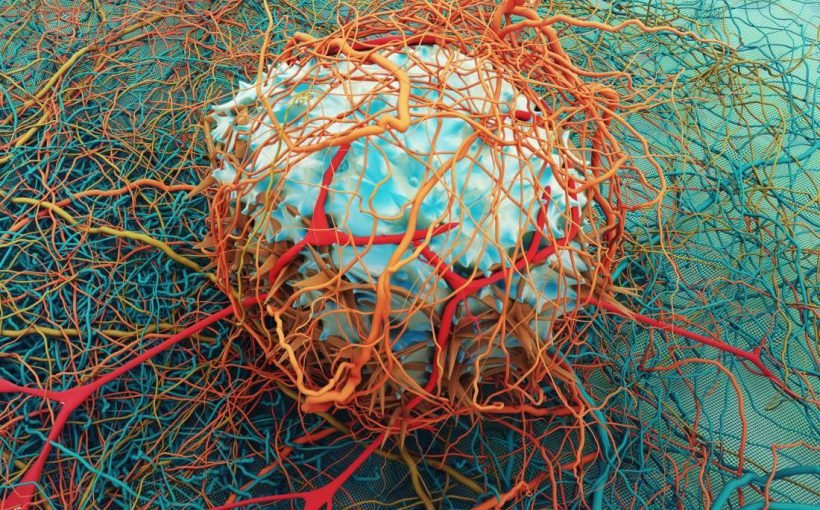 The team of researchers tested this new approach in a type of lung cancer in which the cells are able to evade chemotherapy.

In fact, exposure to chemotherapy can alter the cells so much that they become very difficult to treat.

Dr. Gaetano Gargiulo, group leader at the Max Delbrück Center for Molecular Medicine in the Helmholtz Association in Germany, led the recent research, which reveals a potential way around this problem.

The Journal of Experimental Medicine has published a paper on the work.

According to the World Health Organization (WHO), lung cancer is one of the most common cancers worldwide and the leading cause of death from cancer.

WHO figures for 2018 estimate that 2.09 million people are living with lung cancer and that the disease will cause 1.76 million deaths during this year.

Lung cancer is not one disease but several. The vast majority of people with lung cancer have non-small cell lung cancer, and there are several subtypes within this type.

Chemotherapies that work by stopping cells from dividing are often successful, but they can also harm healthy cells and result in side effects.

“The remaining cancer cells,” says Dr. Gargiulo, “are especially dangerous because they are altered in such a way that physicians often no longer know what type of cancer cells they are dealing with.”

As a result, it becomes very difficult to decide how best to continue the treatment.

Dr. Gargiulo and his team investigated this issue in a type of non-small cell lung cancer that produces an abundance of an enzyme that promotes cancer.

They used mice that they had injected with cells from this cancer subtype.

Clinical trials are currently underway to investigate anticancer drugs that inhibit EZH2 to restore the function of the tumor suppressor genes.

The team gave one of these drugs to the mice and observed what happened. At first, as expected, the drug stopped the tumor cells from multiplying.

However, after a while, the researchers found that an inflammation response to the treatment helped the tumors resume growth. The treatment had caused the cancer cells to become more aggressive.

The researchers decided to use this discovery as a potential strategy to keep one step ahead of the cancer cells.

Their aim was to deliberately encourage the cells down the inflammation path and then ambush them.

“Although the cells may be extremely aggressive once they are resistant to the EZH2 inhibitor,” Dr. Gargiulo says, “they are dependent on the inflammatory situation.”

He likens the process to a game of chess in which each player tries to anticipate the other’s moves and force them to take particular action.

By forcing their opponent’s move, the strategic chess player can then “selectively combat it.”

The team demonstrated the strategy by giving the mice an anti-inflammatory drug. This effectively put the aggressive cells in “checkmate.”

They are careful to point out that the study is just the first step and that there is still a lot of work to do before such an approach is possible in a clinical setting.

“If we intentionally make cancer cells more aggressive, we have to know exactly what we’re doing,” Dr. Gargiulo cautions.

One avenue that the team needs to explore, for instance, involves looking for biomarkers that doctors could use to identify the individuals who are most likely to benefit from such an approach.

“We first have to gather sufficient data and experience in the lab before we can even think about testing this treatment strategy on patients.”