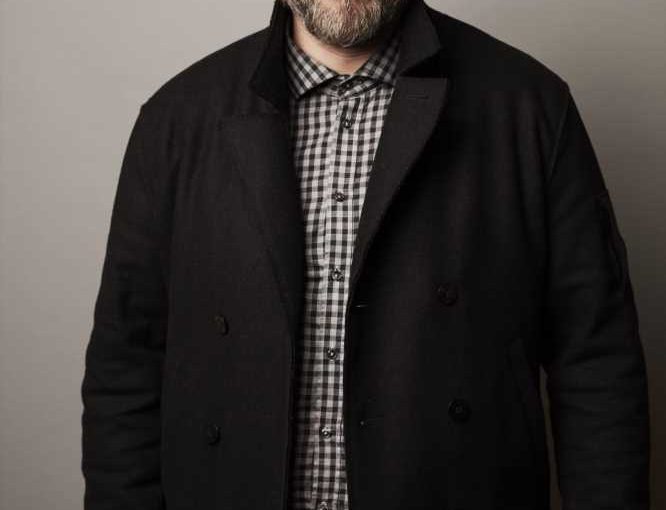 One of Tyler Labine's first lines as Dr. Iggy Frome on the NBC hit medical drama New Amsterdam was about food — and for the show's first two seasons, the passionate psychiatrist was often seen eating anything from crudités to cookies. After a while, the Canadian actor, 42, approached the producers about what was seemingly being written as a quirk. "It was really triggering me," he says. "I have disordered eating and body dysmorphia."

After several more conversations, elements of Labine's real-life experience — including binge eating and dangerous fad dieting, a suicide attempt at age 12 and a decision to get help after decades of struggling — made their way into the scripts.

"I wish I'd done it sooner," says Labine, who has three kids with his wife, actress Carrie Ruscheinsky. "It's been really cathartic to embark on this journey with Iggy … but it's a big breakthrough for me to tell my story, and hopefully it will help other people."

Below, Labine shares his journey in his own words:

Around 9 years old, I started to get a little chubbier than my two brothers. One night my dad saw me with my shirt off, slapped my gut and said, "Oh my God, that's disgusting. Look at that thing!" I can't imagine doing that to my 9-year-old kid, but my body was a trigger for him — he struggled with his own weight — and it became a trigger for me.

From then on he put me on these crash diets and made me feel very different from the rest of my family. He built a little makeshift gym in the basement and would take pictures of me to chart my progress. I felt like the love I received was in direct relation to how much weight I lost.

At 11, I'd lie in bed at night dreaming about getting liposuction, and at 12, I made a clumsy attempt at killing myself. I was a really outgoing, funny kid, but I was in so much pain inside. In my later teens I did a couple of drop-in visits at an eating-disorder clinic, where I recognized that I had pretty severe disordered eating and was diagnosed with body dysmorphia. I could never just see my body the way it is; that "disgusting" message from when I was a kid was all I saw.

But then I went through life without getting much help. It was like what the scale said in the morning could negate anything good I'd done. Everything could be wiped out by the fact that I put on 10 lbs. The "funny fat guy" characters I often played seemed impervious to people's insults, but I would feel hurt by them. Drinking became a way for me to mask my feeling of being less-than.

A few years ago, in my late 30s, I was talking to my wife, and she said, "You'll never be happy with your body." She also pointed out that my having a vegan protein shake or a diet-plan meal for dinner wasn't sending a healthy message to our kids. I knew it was time to look into getting help.

Now, I've been sober for the last three and a half years. I'm in a 12-step program, I'm on antianxiety meds, and I do talk therapy once or twice a week, which has allowed me to start erasing some of those messages from my parents. And I've had amazing conversations with them. I'm learning to accept, surrender and forgive, and I'm starting to look at myself as a more whole human being whose successes have nothing to do with weight.

And dinners with my family are what they should be: We talk, we eat the same tasty food, and it's fun.

For more on Tyler Labine and his journey, pick up the latest issue of PEOPLE, on newsstands Friday.

If you or someone you know is battling an eating disorder, please contact the National Eating Disorders Association (NEDA) at 1-800-931-2237 or go to NationalEatingDisorders.org.