Home » Health News » Mom Is Almost Blinded by a Parasite from Swimming in Her Contact Lenses: 'It was So Horrific' 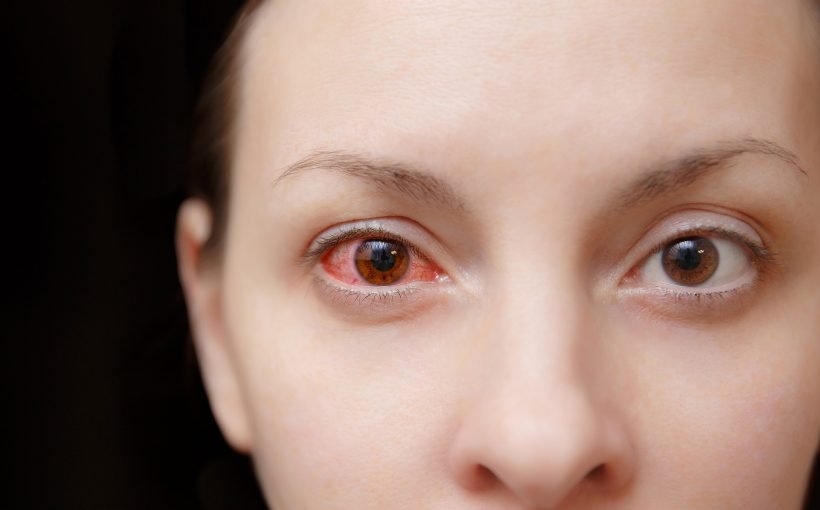 Even though she’s worn contact lenses for more than 20 years, Stacey Peoples didn’t know some of the more serious risks they can present.

The early childhood educator went temporarily blind in her left eye and suffered excruciating pain for months after she went swimming with her lenses in, which exposed her to a parasite.

The acanthamoeba can cause an infection called keratitis, which can result in visual impairment or permanent blindness, according to the Centers for Disease Control and Prevention. While it’s rare for the condition to become as severe as Peoples’, any contact with water while wearing soft contacts can put you at risk, TODAY reports.

Over Memorial Day Weekend 2014, “I was swimming with my son in a pool. I’m a longtime contact wearer and I didn’t know that you shouldn’t get contacts wet. A couple weeks later my eye started to hurt and we thought it was pink eye,” Peoples recalled to her employer, Cherry Creek School District in Colorado, of her experience.

At various points, doctors told her she had an allergic reaction to the pink eye antibiotic drops, a scratch on the cornea, and herpes of the eye, Peoples told local station CBS4, adding, “I was suicidal for a couple days because the pain was so bad … It felt like somebody was snapping rubber bands in my eye nonstop with the back of the eye feeling like it was going to blow out.”

After a month, when the mother of four had lost almost all sight in her left eye, she finally got the correct diagnosis. “A little parasite was eating through my cornea,” she explained.

To treat her condition, Peoples spent seven months applying an acid-like medicine to her eye every two hours. She also had to stay in a dark room and couldn’t read, drive or spend time with her family.

“It was absolutely terrifying. There are months that are gone out of my memory because it was so horrific,” Peoples warned.

Thanks to a donor and a successful cornea transplant in May 2015, she was able to fully recover.