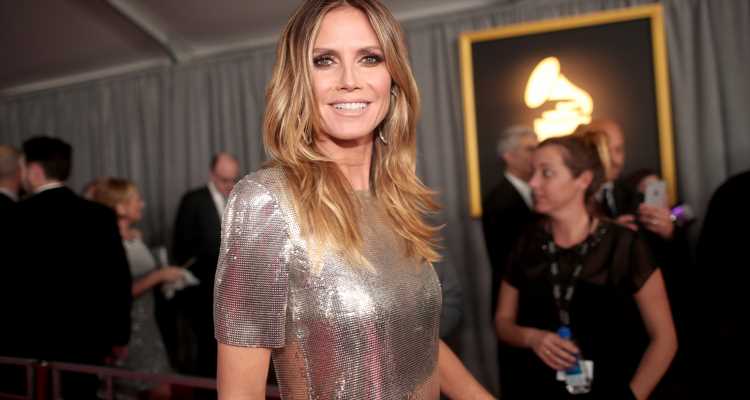 ICYMI, Heidi Klum recently got married and she’s been having the honeymoon of everyone’s dreams. The model and former Project Runway host’s been posting all kinds of gorgeous pics from her trip to Italy, including one of herself topless that’s getting tons of attention on Instagram. (Heidi married Tokio Hotel guitarist Tom Kaulitz, 29, earlier this year, and they’ve been sailing for most of August.)

Over the weekend, the 46-year-old shared a revealing photo of herself on the deck of a boat, looking radiant with a rainbow-esque filter. She has damp wavy hair and a towel around her chest that kinda-sorta (but not really) covers her nipples. “All I see is WATER,” she wrote in the caption.

Plenty of people pointed out in the comments how phenomenal and happy Heidi looks. But others…weren’t so impressed. “ALL I SEE IS MIDLIFE CRISIS,” one person wrote, in a comment that was liked by more than 1,200 people. “Keep those pics between yourselves,” another said.

Others on IG quickly jumped to Heidi’s defence. “Don’t be jelly just because you ain’t brave darling,” one wrote. “What a dumb, unproductive thing to say,” another fan said.

And then others tried to argue that people defending Heidi didn’t get why they were annoyed in the first place. “Apparently you’re missing the point. It’s not her body that people are talking about. It’s her state of mind,” one said.

As for Heidi’s “state of mind,” it seems pretty unfazed about the critics. She’s since shared video of her new husband napping on a boat dock, a photo of herself from behind as she enjoys coffee while looking at the ocean, and another pic of herself shopping.

Clearly, Heidi’s gonna keep doing her ~thang~, no matter what the haters say.