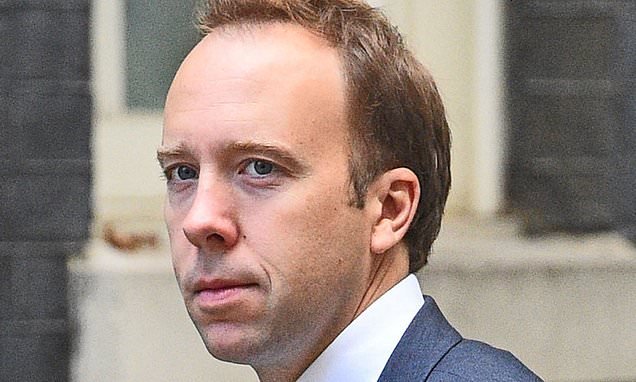 Health Secretary Matt Hancock is heading to Paris to attend a summit on new technologies that could revolutionise the NHS.

Mr Hancock will champion how the UK’s AI and gene technologies can transform patient care at the GovTech summit today.

Other attendees will include the Canadian Prime Minister Justin Trudeau and French President Emmanuel Macron.

‘So as we build the most dynamic HealthTech ecosystem on the planet, it’s vital we work closely with our friends and neighbours. 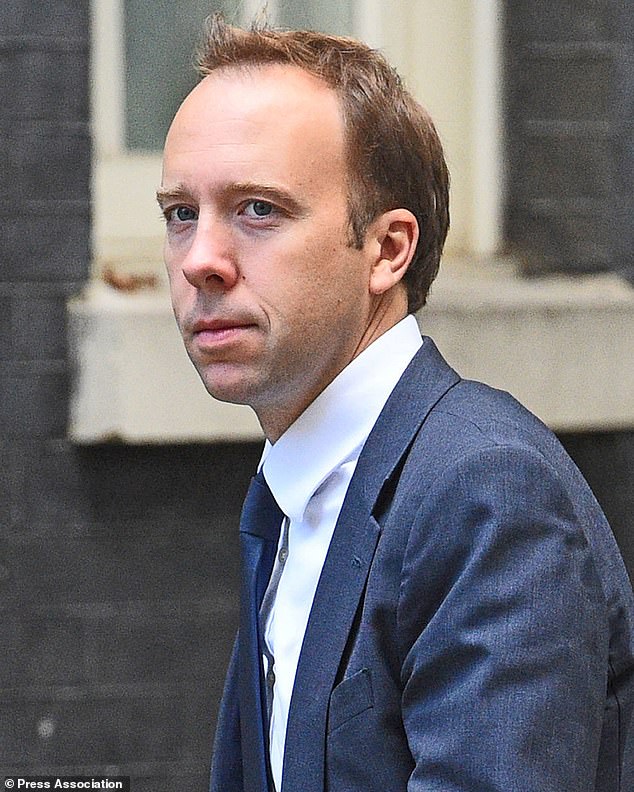 Health Secretary Matt Hancock is heading to Paris to attend a summit on new technologies that could revolutionise the NHS. He will champion how the UK’s AI, biological and gene technologies can transform patient care to build a ‘dynamic HealthTech ecosystem’

‘Britain and France have a centuries long tradition of medical collaboration and now we want to turn that into a collaboration on cutting edge health technology.’

Also attending will be the Cabinet Office minister for implementation Oliver Dowden, who will promote the UK’s life sciences, gene technology and AI sectors.

He will also identify opportunities for collaboration between countries.

‘Britain is a global leader in digital innovation, with some of the best technology companies in the world operating in this country,’ Mr Dowden said.

‘We are keen to build on that, learning from best practice, both in the UK and overseas, to ensure we deliver the best possible public services.

‘By harnessing the power of technology we are delivering public services that are simpler and faster for users and significantly cheaper to run.’ 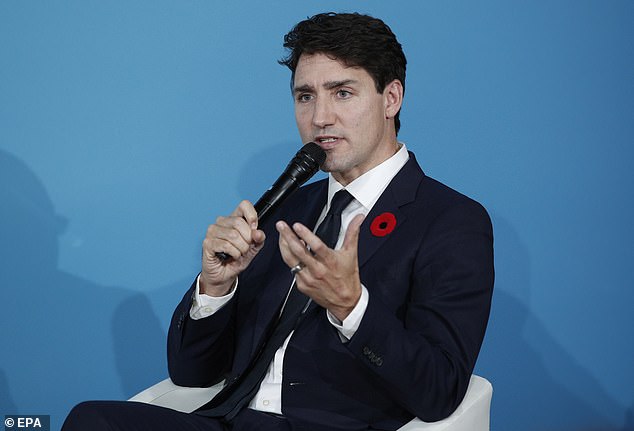 Canadian Prime Minister Justin Trudeau is attending the summit. He is pictured yesterday at the Grande Hall de La Villette, Paris, marking the anniversary of the First World War Armistice

Health and Social Care Secretary Matt Hancock vowed in August to overhaul the NHS IT network, saying it would be unacceptable in any other 21st-century organisation.

The ‘bleary eyed’ minister, who replaced Jeremy Hunt in July, said he saw first hand how staff were hindered by poor technology as he shadowed front-line staff during an overnight shift.

Mr Hancock reflected on his stint at Chelsea and Westminster hospital in a lengthy Facebook post, saying the IT has ‘so far to go’ after he witnessed staff reverting to pen and paper.

He wrote of the ‘lack of technology’: ‘I was already motivated to improve the IT of the NHS – but boy! Chelsea & Westminster Hospital is one of the better trusts for IT, but even there there is so far to go.’

He added that a lack of ‘national interoperability standards’ – whereby information can be shared across the NHS IT network – held staff back.

Mr Hancock is due to sit on a panel at Paris City Hall named ‘From Lab to Gov: Harnessing the power of innovation’.

The so-called Gov-tech industry is growing at a rate of 20 per cent a year in the UK alone.

Daniel Korski, a former adviser to David Cameron and chair of the summit, told The Guardian: ‘If you look at the exponential growth we’ve seen in other sectors, and consider the growing demands of ageing populations and increasing demands of citizens, it’s not so crazy to imagine govtech becoming the next big digital sector very soon.’

The Cabinet Office is due to publish an innovation strategy next spring that will set out how the Government can use emerging technologies to improve public services.

This will look at issues that prevent collaboration between the public and private sector in order to introduce emerging technologies to the Government.

It will also identify areas where investment can increase the speed of innovation.

This comes after news released last month revealed the middle-aged and over 65s may soon be taxed to cover the cost of their later life care if proposals are given the go ahead.

Mr Hancock said he was ‘attracted to’ a cross-party plan for a compulsory premium deducted from the earnings of over 40s and over 65s. 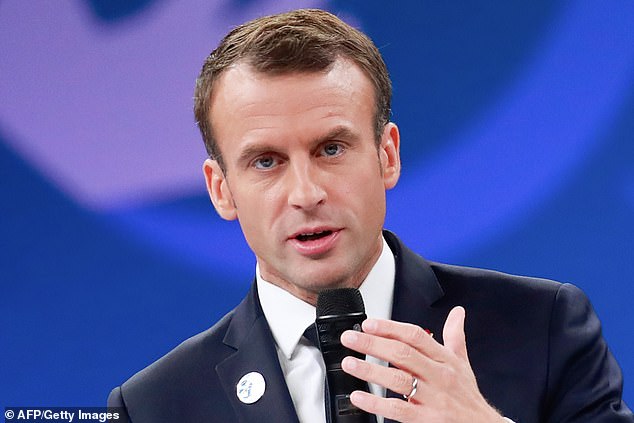 French President Emmanuel Macron will be among the attendees. He is pictured yesterday during the opening ceremony of the Paris Peace Forum at the Villette Conference Hall