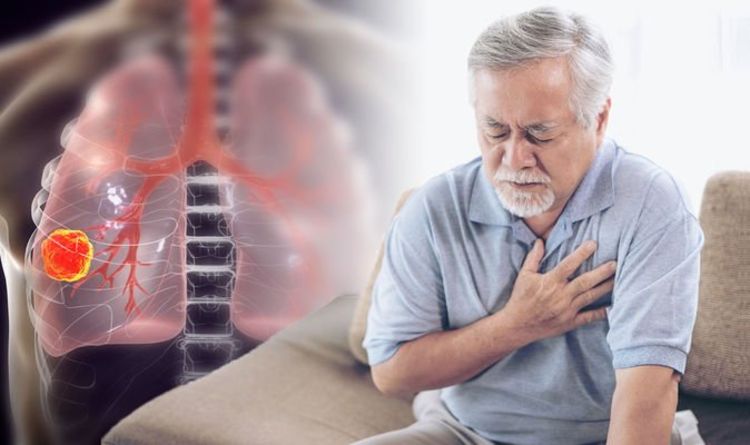 Lung cancer is a disease that causes the cells to divide in the lungs uncontrollably. Identifying lung cancer can be tricky, as the symptoms may be similar to those of a respiratory infection or there may be no symptoms at all. Picking up on the early warning signs is critical however – lung cancer cells can travel to other areas of the body before a doctor detects them in the lungs. This can make treating the disease more difficult.

The pleura is a membrane that covers the lungs

According to Macmillan UK, it is typically the result of pleural effusion: “The pleura is a membrane that covers the lungs. It has two layers and produces fluid that helps the lungs move when we breathe. Sometimes cancer cells spread to the pleura.

“This can cause fluid to build up and press on the lungs, causing breathlessness.”

According to the NHS, many cases of breathlessness can be improved with some simple measures such as:

Learning a technique called controlled breathing may also help to alleviate the symptom, said Macmillan UK. “This involves using the diaphragm and lower chest muscles to breathe instead of upper chest and shoulder muscles, which causes fast, shallow breathing. Controlled breathing can help a person breathe more gently and effectively.” 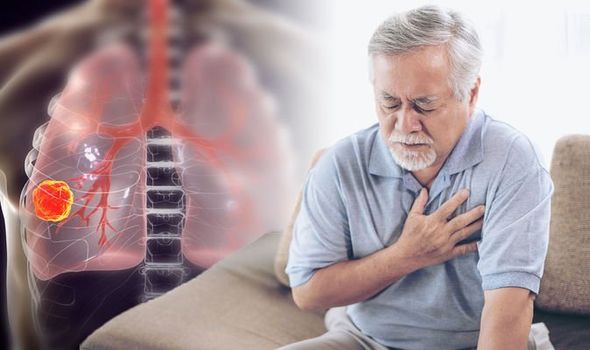 In addition to directing a fan towards the face, sitting in front of an open window may also help, added the charity.

If the problem persists, a person may need further treatment.

There are a number of medications that can help improve breathlessness, said the NHS.

Home oxygen therapy may be a solution in more severe cases. This involves breathing in air that contains more oxygen than normal from a cylinder or machine at home.

Other common symptoms of lung cancer include: 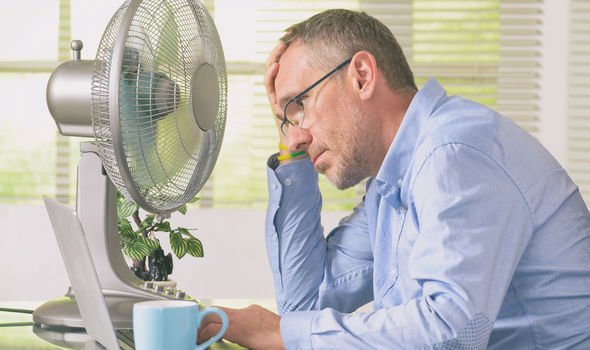 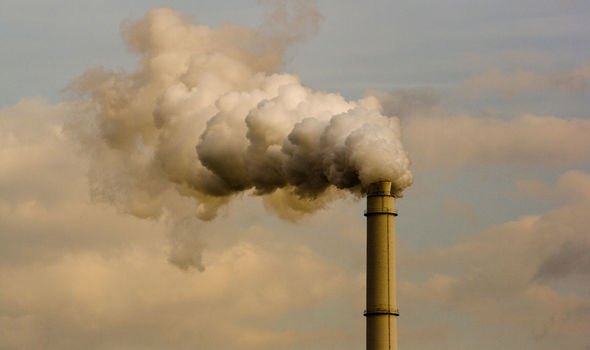 What increases the risk of developing lung cancer?

Smoking cigarettes is the single biggest risk factor for lung cancer. It’s responsible for more than 85 per cent of all cases, according to the NHS.

“Tobacco smoke contains more than 60 different toxic substances, which can lead to the development of cancer. These substances are known to be carcinogenic (cancer-producing),” explained the health site.

The more a person smokes, the greater the risk. As reported by Macmillan UK, around nine of ten people who get lung cancer (90 per cent) are smokers or ex-smokers.

Lung cancer tends to be more common in older people.

Exposure to asbestos can also pose a threat. As Macmillan UK explained, asbestos was previously used in building industries. People who have been in prolonged or close contact with asbestos have a higher risk of getting lung cancer.

The risk is also greater if they smoke.

Growing evidence is increasingly pointing to the role of air pollution. According to Cancer Research UK, almost one in 10 lung cancer cases in the UK are caused by exposure to outdoor air pollution