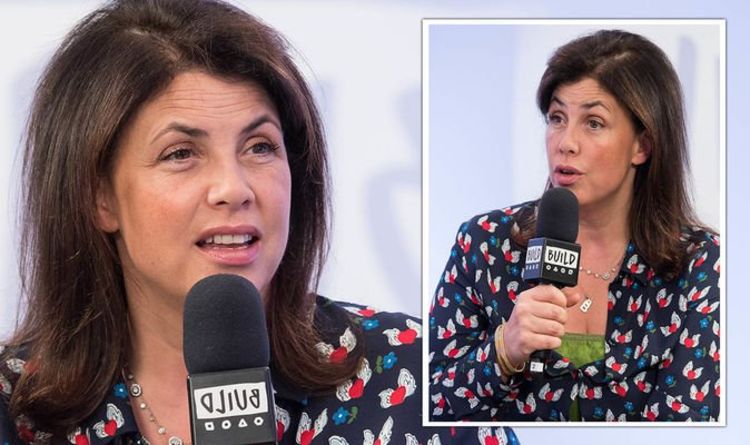 Back with a new series of Kirstie and Phil’s Love It or List It, the star seems to be back in her prime at 50 years old. But in the run up to her birthday Kirstie became increasingly worried about her risk of developing breast cancer. The presenter’s mother passed away from breast cancer at the age of 66, and after the heartbreak of losing her mother, the presenter was determined to do anything to minimise her own risk of the condition.

“Being overweight on your 50th birthday is the number one risk factor for breast cancer, which my mother got when she was 41; she died in 2014 when she was 66,” Kirstie told The Daily Mail.

“I put on two stone between 40 and 44 and decided that I was being irresponsible as a parent and a partner and it had to go.”

Studies have shown being overweight increases a woman’s susceptibility to a certain disease costing around 11,500 women’s lives a year in the UK.

The NHS explains that this factor is thought to be linked to the amount of oestrogen in your body as being overweight, especially after the menopause, causes more oestrogen to be produced.

In addition, according to the American Cancer Society, it has been found that women who are overweight also have a higher level of insulin, another hormone that has been linked to some cancers.

However, the society continues to explain that the link between weight and cancer is complex, with the menopause being a key defining aspect.

For instance, the risk of breast cancer after menopause is higher for women who gained weight as an adult, but the risk before menopause is actually lower in women who are obese.

Experts are unclear as to why this is, so recommend trying to stay a healthy weight throughout your life.

Kirstie went on to reveal some of the changes she made precisely in order to shed some weight.

Talking to Prima she said: “I have stopped eating bread and potatoes and I don’t drink wine. I eat three meals a day — I do not leave the house without having breakfast.

“What is key is having five hours between meals and not having anything except water during those five hours.

In conjunction with a healthy diet, Kirstie also started to exercise more, saying that she felt very “lucky” to live near a London park where she can run up and down hills to get her heart rate up.

Not being physically active is another factor that the American Cancer Society stress can increase your risk of breast cancer.

The society explains that some studies have even found that as little as a couple of hours a week might be helpful in reducing your risk.

However, it recommends that adults get 150 to 300 minutes of moderate intensity or 75 to 150 minutes of vigorous intensity activity each week.

The NHS contributes to this stating that drinking alcohol increases the risk of getting cancer. This includes people who drink a small amount of alcohol, but on a regular basis.

It is important to mention that these aspects are only risk factors; not everyone who drinks alcohol is overweight or obese, and overweight women are not guaranteed to develop breast cancer.

However, if you notice any of the following symptoms, be sure to go and seek medical advice: