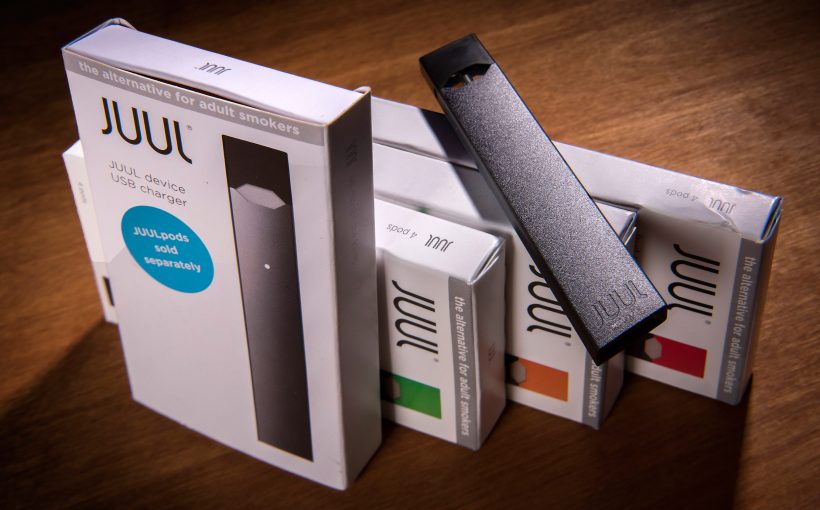 E-cigarette manufacturer Juul announced it would stop selling most flavored pods in stores and end social media promotion in an effort to end the “epidemic” of teenage vaping.

Juul’s decision comes just as the Food and Drug Administration was getting ready to announce similar restrictions on the company, after saying that a “public health tragedy” is underway with the vast number of teenagers illegally using the product. Juul controls 74 percent of the market for e-cigarettes.

Juul will now only offer the mint, tobacco and menthol flavors in stores, while restricting teen-preferred flavors like mango and creme to the online store, where shoppers must enter the last four digits of their social security number to verify their age.

Juul has long said its goal was never to attract teens — who generally do not meet the 18 and up age requirement to purchase e-cigarettes — to the product. Rather, the company said it wanted to provide an alternative to toxin-heavy cigarettes for people who already smoke. (While Juuls and other e-cigarettes have fewer toxins than traditional cigarettes, they provide a higher dose of nicotine and are considered highly addictive.)

“We don’t want anyone who doesn’t smoke, or already use nicotine, to use JUUL products,” Juul CEO Kevin Burns said in a statement. “We certainly don’t want youth using the product. It is bad for public health, and it is bad for our mission.”

“JUUL Labs and FDA share a common goal — preventing youth from initiating on nicotine. To paraphrase [FDA] Commissioner [Scott] Gottlieb, we want to be the off-ramp for adult smokers to switch from cigarettes, not an on-ramp for America’s youth to initiate on nicotine. We won’t be successful in our mission to serve adult smokers if we don’t narrow the on-ramp.”

FROM COINAGE: How Much You Can Save by Quitting Smoking

Gottlieb responded to Juul’s announcement in a tweet on Tuesday, saying that the FDA will still implement further restrictions.

“Voluntary action is no substitute for regulatory steps #FDA will soon take,” he said. “But we want to recognize actions by JUUL today and urge all manufacturers to immediately implement steps to start reversing these trends.”

The FDA has been working with Juul and other e-cigarette manufacturers on plans to reduce teen use since September, after undercover operations over the summer found that many national retailers like Walgreens and 7-Eleven are illegally selling the products to minors. They also raided Juul’s San Francisco offices in October and seized over 1,000 pages of documents to search for “further documentation related to Juul’s sales and marketing practices,”