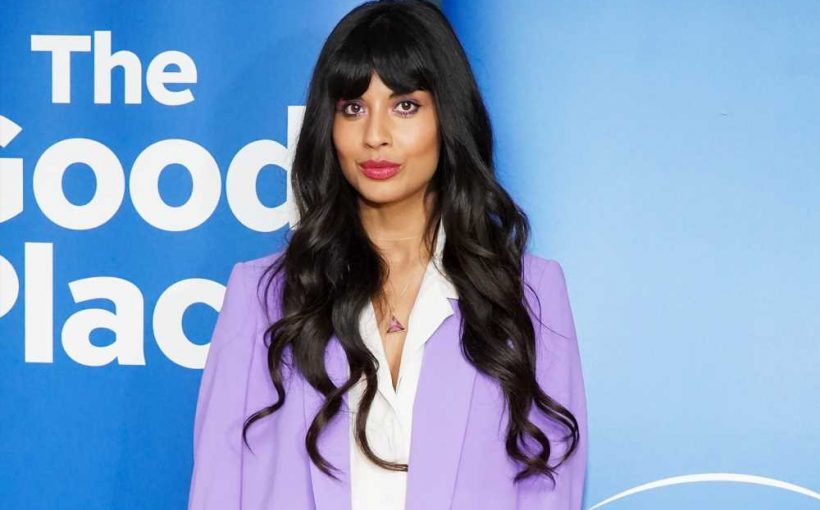 Jameela Jamil is feeling much better now than she did a year ago.

In February 2020, the Good Place star, 34, was dealing with "false accusations" that she had made up her health problems and that she has Munchausen syndrome, or factitious disorder, a mental illness that causes people to fake health scares for attention. The criticism drove Jamil to become suicidal, she said in an interview on Sunday.

"Just a year ago I was totally suicidal," she said in a virtual appearance at The BodCon, a conference focused on body confidence. "This week is my birthday week. I was totally suicidal on my birthday last year because of how much people were just mocking my disability, or like, mocking my mental health and I was like, what an ugly world, I don't want to be here anymore."

Jamil fought back against what she referred to last year as "lies and conspiracy theories," and is now in a better place, she said.

"Now a year later, I'm like the strongest and the happiest and the freest I've ever been," she said.

Jamil, who founded the body activist platform I Weigh, said that she's since learned not to care as much about what people think of her.

"I'm not out to impress a bunch of strangers who because of misogyny are looking to poke holes in me anyway," she said, calling the added scrutiny on women another form of sexism.

"Look at the way we treat women in the public eye, look at mega mafia, look at Britney Spears, look at Paris Hilton, Lindsay Lohan, Amanda Bynes, like Anne Hathaway, Jennifer Lawrence, Greta Thunberg — we do this to every single prominent woman," she continued. "When we don't like a man we just don't learn anything about him — we don't learn his name. We don't follow him on the internet, we just don't care. When we don't like a woman, we will investigate every single thing she's ever said, ever done…scrutinize her obsessively. It's really weird."

When asked for advice on how to resist the self-doubt and societal body pressures, Jamil urged listeners to recognize that so many body norms, like anti-aging and weight loss, are all about consumerism. She suggested that people save the money they would normally spend on "clothes, makeup, anything for your hair, anything to skin, cellulite cream" and put it towards therapy instead.

"Save that money in a piggy bank, and put it towards therapy, that's what I did," she said. "Eight or nine years ago, I was forbidden from buying anything for my outside until I fixed my inside."

If you or someone you know is considering suicide, please contact the National Suicide Prevention Lifeline at 1-800-273-TALK (8255), text "STRENGTH" to the Crisis Text Line at 741-741 or go to suicidepreventionlifeline.org.