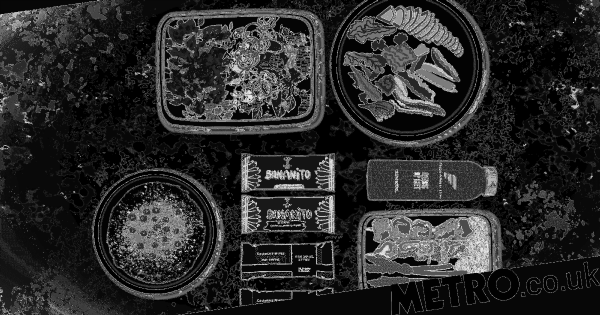 For years, celebrities and influencers have sang the praises of intermittent fasting as a simple and effective way to lose weight.

Intermittent fasting – or 16:8 fasting – is where you only eat between the hours of midday and 8 pm, with the rest of the evening, nighttime and morning counting as a ‘fasting’ period.

But, according to a new study, the diet trend just isn’t effective for losing weight.

The health fad boomed in popularity after a series of promising studies suggested it might be an effective weight loss strategy – but these studies were all in mice, it had never been tested in humans before.

So, the new study, published in JAMA Network Open on Monday, tested this eating pattern on humans and they found there was ‘no evidence‘ that time-restricted eating works as a weight loss strategy.

Starting in 2018, researchers recruited 116 people who were overweight or obese. All the participants received a Bluetooth-connected scale, and were asked to exercise as they normally would.

People who were assigned to eat only within the strict eight-hour window each day, lost an average of around 2 pounds over a 12 week-period.

People who ate at normal meal times, with snacks permitted, lost 1.5 pounds. The difference was not ‘statistically significant,’ according to the team of scientists at UCSF.

The authors also said that a ‘placebo’ effect may have caused both teams to lose some weight. They say people will always pay closer attention to what they are eating when they are enrolled in a nutrition study.

Dr Ethan Weiss, co-author of the study, was convinced that intermittent fasting was beneficial. He stuck to the time-restrictive diet for seven years and suggested 16:8 fasting to his patients. But he says that when he saw the research results he immediately stopped.

Writing in the findings of their report, the research team said intermittent fasting was ‘attractive as a weight-loss option in that it does not require tedious, and time-consuming methods such as calorie-counting or adherence to complicated diets.’ But the impact on weight loss is ‘not significant’.

‘Our results are consistent with a prior study demonstrating that a recommendation to skip breakfast does not affect weight outcomes in patients trying to lose weight,’ they continued.

Another worrying finding was that there was some evidence of muscle mass loss as a result of intermittent fasting.

A smaller percentage of participants were given more advanced testing, including changes in fat mass, and lean mass. Researchers discovered people who engaged in time-restricted eating seemed to lose more muscle mass than the control group.

However, the authors says the outcome wasn’t definitive, and that they are hoping to conduct further studies on this in the future.

Do you have a story to share? We want to hear from you.

Get in touch: [email protected]