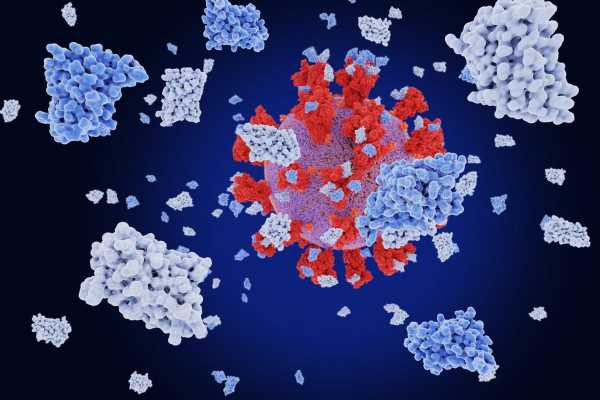 Generally, viruses that can successfully evade the human immune response induce the most diseases in elderly individuals. However, emerging evidence shows that SARS-CoV-2 selectively targets the elderly population.

In the present study, researchers employed the golden hamster model to assess the differences between innate and immune responses elicited against SARS-CoV-2 among younger and older animals.

The team obtained two populations of golden hamsters and compared their responses to SARS-CoV-2 infection. This was achieved by following definitions of aging in the hamsters, which included population groups aged six to nine weeks and 40 weeks above. Intranasal inoculation of the hamster cohorts was performed and examined for the presence of SARS-CoV-2 at one, three, five, and seven days post-infection (dpi) to evaluate viral load. Lung tissue was collected at each time point and used to assess the replication of the virus via a plaque assay.

The difference between the two cohorts with respect to viral replication was estimated by performing ribonucleic acid (RNA) sequencing on the lung samples obtained from uninfected animals representing the two age cohorts. Furthermore, the host response in the younger and older animals was characterized by performing RNA sequencing on the total lung samples obtained from all the infected time points. The team subsequently characterized the humoral and cellular response by employing traditional assays on the hamster models.

RNA sequencing on uninfected samples showed that at baseline, three pathways, including transforming growth factor-beta (TGFβ) and nuclear factor-kappa B (NFκB) signaling, significantly declined in the older animals. This suggested that older animals have an altered immune response which could explain the early reduction in viral levels in the elderly cohort. Moreover, RNA sequencing on infected samples showed that cytokine induction also substantially declined in elderly animals.

The team also found lower levels of chemokines C-C motif ligand 2 (CCL2), CCL4, CCL8, and CCL28 and proinflammatory cytokine interleukin 1 beta (IL-1β) in older hamsters. Overall, this indicated that virus-induced cytokines increase on day 3 in older animals but do not achieve the peak levels displayed by younger animals at five and seven dpi.

Characterization of humoral and cellular response showed that the number of immune-enriched cells found in the lung samples was similar in both the age cohorts. Moreover, the elderly animals displayed a plateau of CD4+ T cells against SARS-CoV-2 infection along with a significantly high baseline concentration of CD4+ T cells. With respect to Th1 cells, the team noted a substantial upregulation in the younger and downregulation in the elderly animals. Overall, this showed that the T cell expansion was suppressed among the elder hamsters in response to SARS-CoV-2 infection.

The team also showed that the characterization of total B cells resulted in no remarkable variation in cell frequency among the younger and the older animal cohorts. Additionally, no detectable difference was found between the two cohorts with respect to the class switch of the B cells.

Quantification of anti-RBD found no significant difference with respect to age in the production of antibodies against SARS-CoV-2. However, testing the serum samples for their potency in reducing SARS-CoV-2 infectivity showed that the older animals could neutralize the virus by more than 60% in comparison to the younger animals. This suggested that the increased levels of suppressor T cells in the elderly animals could lead to a reduced number of germinal centers and, consequently, suboptimal affinity maturation of B cells.

Overall, the study findings showed that viral clearance, as well as the immune response to SARS-CoV-2, were significantly reduced in the elderly hamster population. The researchers believe that future studies must analyze the impact of age on adaptive immune responses against secondary SARS-CoV-2 infections.

Bhavana Kunkalikar is a medical writer based in Goa, India. Her academic background is in Pharmaceutical sciences and she holds a Bachelor's degree in Pharmacy. Her educational background allowed her to foster an interest in anatomical and physiological sciences. Her college project work based on ‘The manifestations and causes of sickle cell anemia’ formed the stepping stone to a life-long fascination with human pathophysiology.