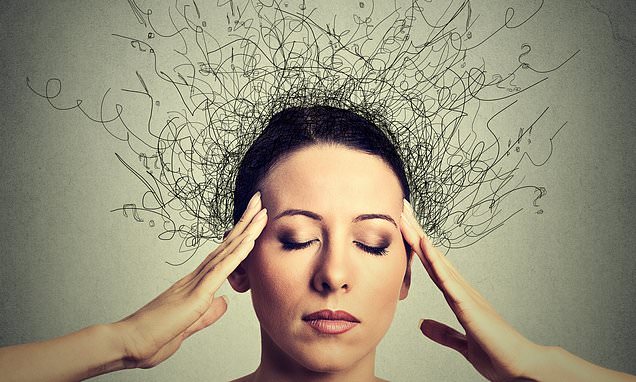 How to conquer fear: Imagining your phobia really can banish it, study finds

Some say that fears are all in our heads – and the key to conquering them may be too, a new study suggests.

Psychologists sometimes use cues for traumatic experiences to help patients overcome their fears related to past pains without having to relive those moments.

But for some, even these audio, visual or other sensory triggers can be too much to handle.

In these cases, doctors have long coached their patients to simply imagine these cues, and then guided them through a mental reprogramming process to make their responses to triggers more manageable.

Now, researchers at Mount Sinai have shown that the imagination is every bit as powerful a tool as these real cues by recording the brain activities and changes patients go through while re-experiencing or re-imagining triggers. 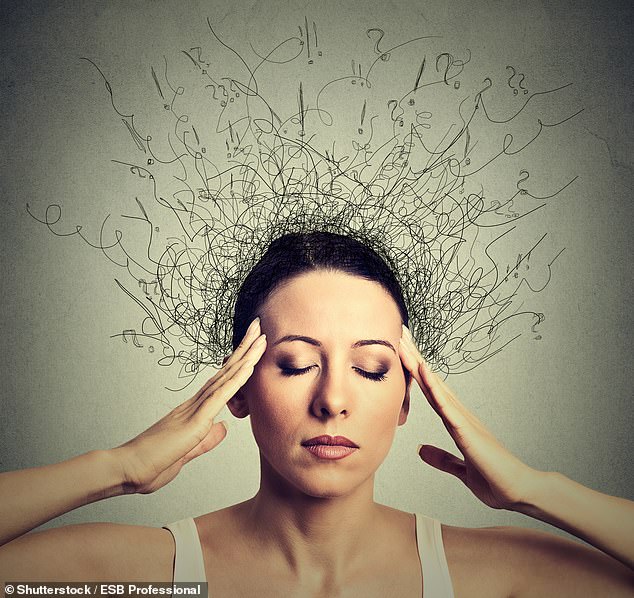 Imagining trauma triggers can make your brain work the same way re-living them does, but without the pain – and doing so lets you reprogram your brain to be less afraid

Exposure therapies are among the most trusted methods to help people overcome fears, phobias anxiety and traumas.

But trust is the key word. The key to exposure therapy is for a therapist to create an environment that feels safe and slowly introduce the fear-inducing cues.

Even with the guidance of a professional, these cues can still trigger deeply unpleasant – even additionally traumatizing – experiences, however.

If a therapist fears this might be the case, they can use ‘imaginal exposure,’ in which they ask a patient to recall and talk through their bad experiences or the sensory triggers for them.

All forms of exposure therapy have proven effective treatments and re-training methods for patients, though some studies have suggested that in vivo exposure – in other words, live, direct interaction with the trigger for or source of a fear – may have stronger and more lasting effects.

Led by Dr Daniella Schiller, a Mount Sinai neuroscientist and psychiatrist, the researchers tested how well ‘threat extinction’ worked for patients whose minds were re-trained with real versus imagined cues.

‘We focus a lot on the effect of external stimuli on behavior and how the brain reacts, but a lot of these processes are occuring in between’ – in the brain – ‘and we don’t have access to them,’ says Dr Schiller.

‘One is imagination. We know that, in therapy, these are pretty powerful tools, so we’re trying to take a stab at [revealing] those subjective internal processes.’

Threat extinction is a process of teaching people that they can experience a cue that has become associated with something fearful that that cue does not necessarily precede a negative event.

In order to experiment with deprogramming a fear response, the researchers first had to create one – albeit, a minimal one.

So, they played a particular tone and then gave the study participants a minor electrical shock.

This was a quick way of conditioning a fear response in the minds of these subjects every time they heard that sound play.

Using functional magnetic resonance imaging (fMRI), the team was able to watch brain activity that translated roughly to ‘that means pain is coming.’

Then, the participants were divided into three groups.

One third heard the same tone that had so recently signaled that a painful shock was coming again, but didn’t get the the shock.

For the group that heard the shock-signal again, their brains at first retraced the same old steps through the neural pathways that set in motion a fear response, telling their bodies to prepare for the pain.

The sound kept playing, and the shock kept not coming.

The researchers watched as the pattern of brain signals shifted, instead traveling through the ‘fear suppression network.’

Participants then got another series of four shocks, without any warning.

Then, the sound was played again, but without the shock.

It is a complicated way to test if the association between sound and shock had stuck or been broken, but the results were clear.

Brain scans showed that the people who just imagined anything at all in place of the fear tone were not re-conditioned, and, at least neurologically speaking, kept on experiencing both the pain of the shock itself and the fear from the tone that signaled it.

But in the brains of the people who had been given exposure therapy with the warning tone, the tone might briefly activate the same fear circuits, but then their fear response was significantly diminished.

And while the brain regions involved weren’t identical, the same was true for those who did exposure therapy by just imagining the warning sound.

In both cases, the ‘central hub’ for fear suppression was in the ventromedial prefrontal cortex, according to Dr Schiller.

We already knew this part of the brain plays a critical role in this extinction learning process, and ‘for therapy in anxiety patients we see [low] function in that area,’ she says.

‘And we saw that this central hub in the network was also active in imageined extinction,’ or imaginal exposure therapy.

Using either form, ‘it doesn’t erase or completely eliminate the association’ between a trigger and the experience of fear, Dr Schiller says.

‘But it is under better control.’

She and her team also gained a more nuanced understanding of how to optimize exposure therapy, especially through imagination. They saw that those who generally used their imaginations weren’t activating the same regions, and they weren’t extinguising their fear signals either.

‘So it’s not just any type of relaxation [that helps], but specific imagery that works,’ teo help eliminate fears, Dr Schiller said.

‘This expands our toolbox so we can use real exposure or imagined exposure and they could be a combination therapy or a complementary treatment with a drug.’