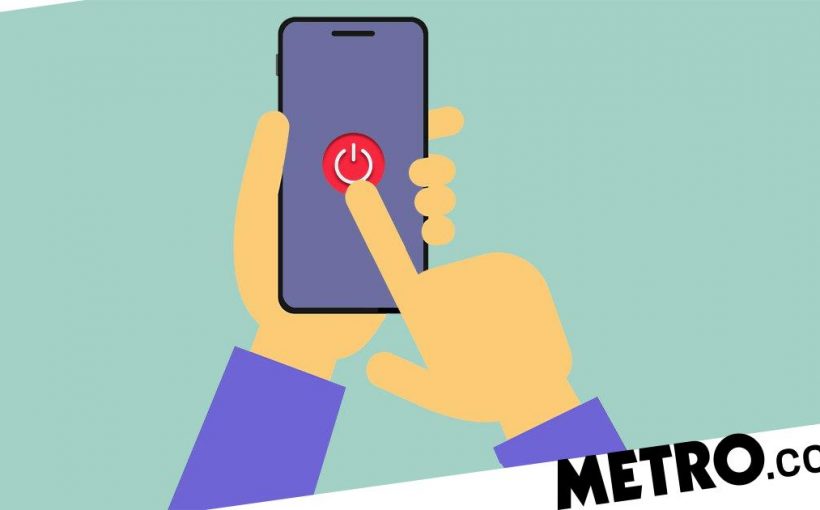 I recently read that one of Dr Rangan Chatterjee’s top tips for boosting happiness is to make every Sunday screen-free.

I’m sure I’m not the only person who’s fascinated by this idea.

We use our phones all the time. While cooking, waiting for the bus, in bed, and even on the toilet (don’t pretend otherwise). It’s safe to say that if we’re not addicted to our screens, we’re certainly obsessed with them.

Dr Rangan reckons that ditching our phones for one day a week can improve our mental health. I decided to take this one step further and see what happened: would going without my mobile phone for a full 30 days make me happier?

I started with a screen-free Sunday, assuming it would be easy. It wasn’t.

Rather than testing my willpower by simply not scrolling, I decided the best way to beat my addiction would be to do it the old-fashioned way: meaning cold turkey.

On that first Sunday morning, I turned off my phone and put it in my bedside drawer. I’d like to tell you I remained cool, calm and collected, but that’s not the case.

Instead, I couldn’t stop thinking about my phone. Who was going to buy all the useless junk on Facebook Marketplace if I didn’t? Who was going to leave witty, provocative, and slightly passive-aggressive comments on my frenemies’ Instagram posts? It certainly wouldn’t be me.

I needed something to distract myself from the void of being phone-free. What did people do in the old days before phones? I thought. Let me Google that. Oh, hang on a minute. I can’t. My phone is turned off, in my bedside drawer with my couch pushed up against it just in case I had a moment of weakness.

I managed to make it through the day, but on Monday morning I woke up and couldn’t wait to see what exciting things had happened in the worldm and how many people had sent me messages.

There were no messages (an ego bruise, but I’ll live), but a dip into Facebook informs me of all the celebrities that have recently beefed with one another, and I’m sucked in. This gossip is juicier than a really juicy glass of orange juice with the pulp left in.

I realised I needed a plan if I was to go phone-free for 30 days. I decided I would still use my computer to send emails but I wouldn’t access any social media, so my phone ditching wouldn’t be in vain.

The first thing I did was inform my family and friends. At first, the people closest next to me were skeptical. My uncle reminded me that I once said I would go 30 days without ice cream, but this only lasted a week. In my defence, Ben & Jerry’s released a new flavour.

Perhaps that disbelief is what motivated me to keep going – that and rejoicing in the positive sides of being phone-free, like not having to return phone calls and texts from people I don’t like. To remind myself of this upside, I made a list of people titled ‘no need to return messages’, with my skeptical uncle taking the top spot.

I learned by going phone-free that distraction is key. I need something to fill the mundane moments – something that isn’t my phone – so I started carrying around a small sketchbook and sketching, instead of scrolling.

This is where the mental health benefits came into play – drawing gave me a sense of achievement that scrolling never did. I also started playing the piano and reading, at first to quell my phone cravings, but soon enough because I was enjoying both.

It must have been years since I read an entire book – not because I don’t like reading, but because I didn’t think I had the time. It is amazing how much time I was wasting without realising it.

Seven days into my challenge I noticed my productivity level had dramatically improved. I work as a freelance writer and I was sending out pitch after pitch with incredible momentum. The momentum would have been slowed down by knowing the results of celebrity court cases, scandals on Love Island, and what delicious flavors of ice cream Ben & Jerry’s were coming out with. This was information I simply didn’t have. It wasn’t a case of ignorance being bliss but willful ignorance being bliss.

Two weeks into the challenge I hit my stride. My emotional state had become a lot more positive, simply because I wasn’t being exposed to negative comments, violent news stories, or feeling pressure to keep up with the latest craze on TikTok

People who want to take a break from social media struggle because of the acronym FOMO. Fear of missing out. This challenge taught me about the fear of knowing my existence. Or FOKME for short (I may need to work on this acronym).

The truth is, the stuff I missed out on didn’t affect my life on a day-to-day basis.
Week three was easy. It made me consider going phone-free for a lot longer. My mind now seemed clearer as it wasn’t constantly being bombarded with new information.

Moving forward, I’m not remaining phone-free – but I will be using it differently. I’m not ready to give up all the benefits I’ve seen of being without my screens.

I read two books in my 30-day trial, which would have been impossible if I was commenting, liking and tagging my life away. I felt more relaxed. I was more focused.

Screen-free Sunday is now part of my regular routine. I may even start screen-free Tuesday, even though that doesn’t sound quite as catchy (perhaps technology-diminished Tuesdays could work?).

If you take anything away from this story it should be, going phone-free for even a short amount of time can only improve your life. It helped my mental health, emotional state, and level of productivity. You don’t have to go phone-free for 30 days, maybe just start with baby steps… like not scrolling when you’re on the loo.