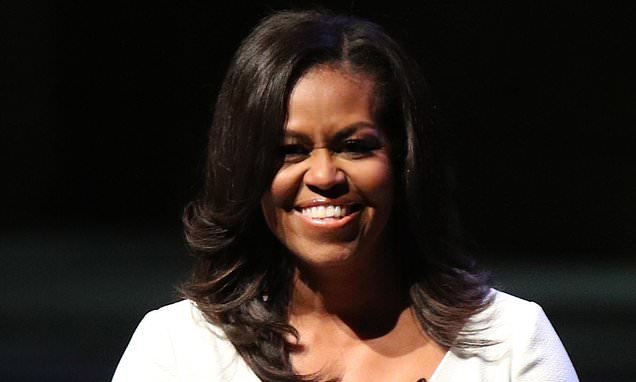 She’s a former U.S. First Lady, a Harvard-educated lawyer, and renowned speaker and campaigner with a global profile.

Michelle Obama, who grew up in a poor part of Chicago, is the epitome of the American Dream of having it all — and then some.

Yet, while giving a sold-out talk at the Royal Festival Hall in London this week, she admitted to suffering from ‘Impostor Syndrome’ — an all-pervasive and unshakeable self-doubt; a feeling that she doesn’t deserve her success and that she’s a fraud. 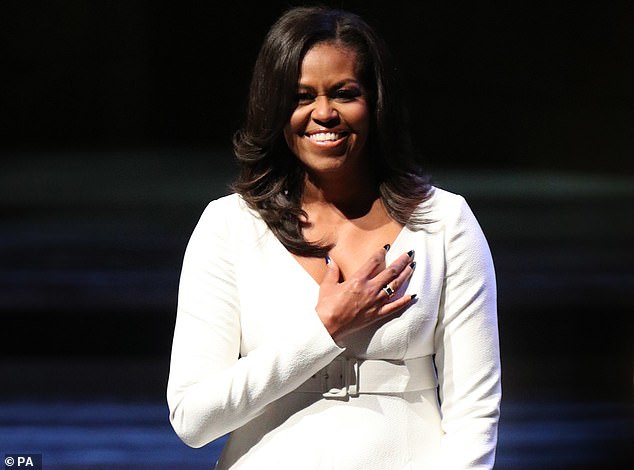 Many of you reading this will know exactly what Michelle means. While impostor syndrome isn’t an official psychiatric diagnosis, there is no doubt it exists and has a significant impact on sufferers.

Most people experience it at some point in their life. I know I have. In fact, it’s particularly prevalent among doctors, and much of the research into impostor syndrome has been carried out among medics.

As a society, we have an idealised notion of doctors. Not only do they possess specialist knowledge, they exude authority and are in control in life-and-death situations.

The reality, of course, is very different. In my first weeks on the wards after qualifying, I remember some emergency unfolding and one of the nurses looking up and exclaiming: ‘Don’t worry, the doctor is here already.’ For a split second, I was also relieved — until I realised she was talking about me. I didn’t feel like a doctor because I was only too aware of how much I didn’t know. 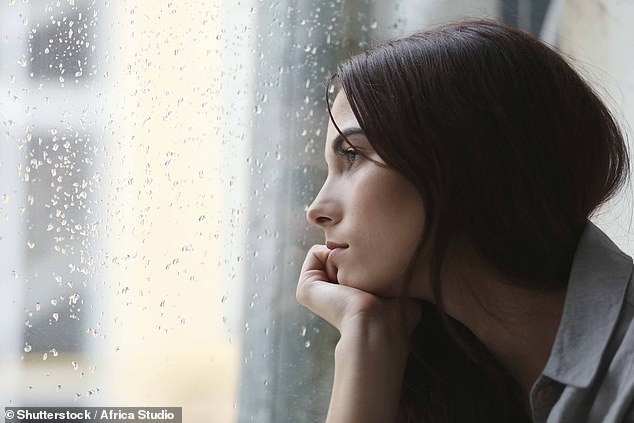 Dr Max Pemberton: ‘We selectively look for evidence that supports an idea we already have – that we are pretty useless – and discount evidence to the contrary’

Most days I still feel like that, but I’ve learned not to dwell on it. I also know that on-the-job learning is what we doctors do throughout our careers.

Impostor syndrome is often assumed to affect women more than men in what has been a patriarchal society. Women, traditionally, have been made to feel inferior and less entitled.

So when they do get to positions of authority or achieve success, they conclude there must be some mistake: that they’ve just been lucky, or are really good at blagging their way through life while everyone around them is far more deserving.

Actually, the evidence suggests impostor syndrome impacts both sexes equally. It’s just that men rarely admit to it. Often, men cover up their feelings of inadequacy by being demanding, arrogant or rude to subordinates.

They deflect blame and avoid certain actions for fear they will be ‘exposed’, instead ‘delegating’ these tasks to others who they then criticise for their mistakes.

That’s a worse-case scenario, of course. For the majority of us, impostor syndrome is the constant niggling feeling that we’re just not good enough, and it can hold us back and lead to anxiety disorders and depression. So what should you do if this psychological trait is blighting your life?

Well, first understand that too often we set unrealistically high standards for ourselves while giving others the benefit of the doubt. We need to start giving ourselves a break.

Psychologists know that something called ‘cognitive bias’ underlies impostor syndrome. This means that we selectively look for evidence that supports an idea we already have — that we are pretty useless — and discount evidence to the contrary.

In other words, we ignore praise, but we take negative comments to heart, as these confirm our own self-doubts and insecurities.

If you are a sufferer, I suggest that you identify one or two confidants to discuss your insecurities with. Ask if they have the same concerns as you? Do they think everyone else is really so much better? You’ll soon find that you have common ground.

Next, write down every positive comment someone makes about you or your work, and look at the list at the end of the week. Then ask yourself what you would think if a friend showed you such a list about themselves.

Would you conclude that everyone was mistaken about your friend or that your friend was being too hard on themself?

Once you understand the answer to that, you’re on the way to breaking out of impostor syndrome. Next stop is to start enjoying your success. You deserve it!

All a child needs is a box of delights 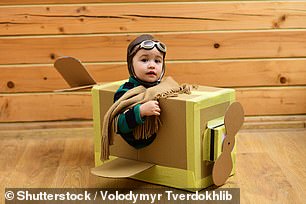 Dr Max Pemberton: ‘It was a car, a spaceship, a castle, a submarine — whatever he wanted it to be’

One of my favourite snaps of my nephew Monty is of him peering impishly out of an upturned cardboard box with the caption: ‘Monty LOVES his present.’

It was taken at Christmas last year after my sister had opened a big box of presents that I’d sent the family. And the reason it makes me chuckle is that Monty had played with the empty box for hours, ignoring his actual present.

To the three-year-old, the box was a thing of wonder: something to crawl into, climb on top of, hide in, or topple. It was a car, a spaceship, a castle, a submarine — whatever he wanted it to be.

I thought of Monty this week while reading a study by paediatricians at New York University who reported that the best presents for toddlers are things like building blocks, plasticine, paint — or even cardboard boxes. They argue that the more basic the gift, the more the child is able to engage his or her imagination and creativity, so boosting their neurological development.

The opposite is true for all-singing, all-dancing electronic devices, which even very young children are given. Research shows these can slow speech development. Something for those buying for small children to remember this Christmas.

I’m awed by your kindness

Dr Max Pemberton: ‘As an 18-year-old, I volunteered at my local hospital and it changed my life’

I’ve been bowled over by readers’ wonderful response to the Mail’s Hospital Helpforce campaign to boost volunteering in the NHS.

This week, I wrote about how, as an 18-year-old, I volunteered at my local hospital and it changed my life — and many of you have contacted me to say you are signing up. I know you will find it as rewarding as I did.

But, of course, it’s really about the patients. A survey by the Royal Voluntary Service reports that almost seven out of ten older people who are visited regularly at home by a volunteer say they felt emotionally and physically healthier as a result and better able to cope.

This is good news for hospitals, too, especially in winter, as it will lead to fewer ‘social admissions’ — elderly people who aren’t sick, but who suddenly find they can’t manage at home. It means there’s less pressure on beds, so everyone benefits.

A group of leading dementia specialists published a paper this week suggesting that Alzheimer’s disease — the commonest cause of dementia — is not actually one disease but could be up to six different conditions.

This is a revolutionary hypothesis but one that makes total sense. I’ve often been baffled at the range of symptoms and progression of the disease in different patients.

And it’s always struck me as odd that while certain anti-dementia drugs work well for some, in others they do nothing. The specialists conclude that we need a range of drugs to treat different forms of Alzheimer’s. I believe this is the start of something really important in the battle against this condition.

I had a huge response to last week’s column on FOFO (Fear Of Finding Out), whereby people put off going to their GP about worrying symptoms because they’re fearful of bad news. Many of you wrote to say that, after reading it, you’d made a GP appointment.

So when this week I saw a nifty innovation that aims to tackle the ‘FOFO’ factor in bowel cancer, I wanted to share it with you.

Half of bowel cancers are picked up late because people are too embarrassed to go to their GP. Now, the biotech arm of Oxford University has launched the first digital DIY bowel cancer screening kit.

Of course, all men and women aged 60-74 are automatically sent a free NHS bowel cancer screening kit every two years. You take samples at home and send them back in a sealed envelope for testing in a lab.

But I know there are people — perhaps younger ones, too — who might prefer a different approach. With this device, you take samples over three days and get the results straight away via the digital display. You then discuss the results with your GP. For more information, see measurebowelhealth.com