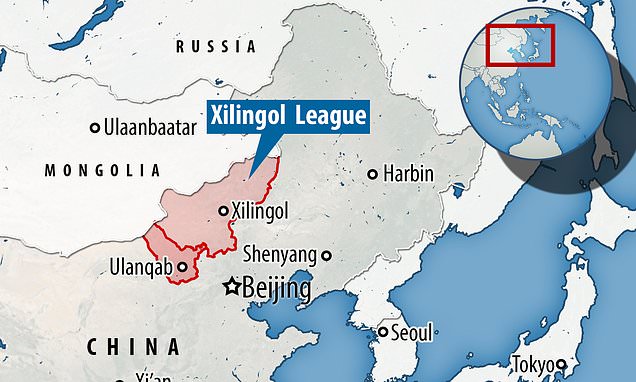 A farmer has become the fourth person to be diagnosed with the plague in Northern China this month.

The unidentified man and four family members have been isolated, the Ulanqab government in central Inner Mongolia said on Wednesday.

They have not revealed how the victim was struck down the bubonic plague, otherwise known as the ‘Black Death’, which is generally spread from fleas carried by rats.

Three other people who live 250 miles (400km) away in the Xilingol League province were diagnosed earlier this month.

One man was treated for the bubonic plague after he ate a wild rabbit, while the first two patients were diagnosed with the more fatal and contagious pneumonic strain.

Health officials have urged the public to stay away from wild animals, as a flea and rat eradication over 200 acres of land where the fourth patient lives was carried out. 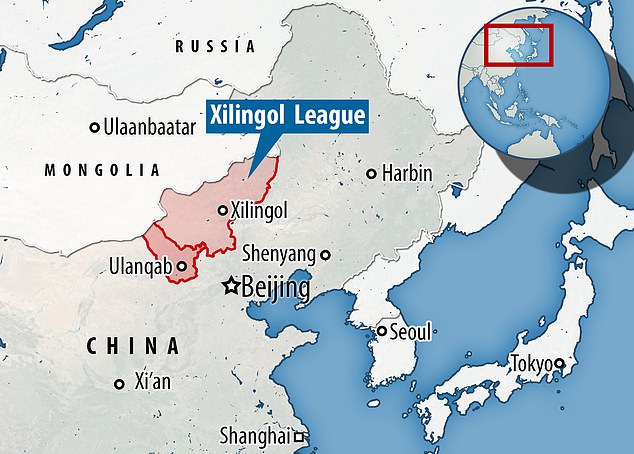 Four patients have been diagnosed with the plague in Mongolia. Three were in Xilingol League, while the fourth was in the region Ulanqab

The plague is caused by Yersinia pestis, a bacteria which can be spread by fleas on small animals like rats, rabbits, mice and squirrels.

If the flea bites a human, it can transmit the plague. There is also a risk from eating infected animals or coming into contact with a patient.

The plague then attacks the immune system, causing glands in the armpits and groin to become swollen and painful, and triggers a fever and gangrene.

Though the highly-contagious plague is rare in China, several cases have proven deadly in the past few years.

WHAT ARE THE THREE TYPES OF PLAGUE?

There are two main forms of plague infection both caused by the same bacteria – Yesinia pestis.

Bubonic plague is the most common form of plague and is spread by the bite of an infected flea. The infection spreads to immune glands called lymph nodes, causing them to become swollen and painful and may progress to open sores. Human-to-human transmission of bubonic plague is rare and it’s usually caught from animals.

If plague infects the lungs – either by the bubonic form progression through the body or by catching the infection from an infected patient or animal’s breath – it is called pneumonic plague.

Pneumonic plague is significantly more deadly and can take hold in as little as 24 hours. Human-to-human spread this way is easy and, if the condition’s not diagnosed and treated quickly, it is often fatal.

Symptoms of both forms of infection include pain the limbs and head, fever, vomiting and weakness. Pneumonic plague also causes coughing and coughing up blood.

Septicaemic plague occurs when the infection spreads to the blood. This is much rarer and can cause the blood to clot around the body – it’s almost always fatal.

The pneumonic strain can prove fatal in 24 to 72 hours and is the ‘most virulent form’ of the disease according to the World Health Organisation (WHO). It infects the lungs, making the disease airborne and much easier to transfer.

The bubonic form is less dangerous. However, is famous for causing the Black Death which killed around a third of all European people in the Medieval era.

The Ulanqab government said the herdsmen from the Suzi River Bank of the Siziwantg Banner, sought medical help at the Siziwangqi People’s Hospital.

It was not disclosed how the patient caught the plague, but officials said the patient had been ‘active’ in a plague-affected location prior to falling ill.

A statement said the patient has been isolated and treated at the local hospital, and his condition is stable.

Four close contacts have been isolated for medical observation, but at present, there are no abnormalities such as fever.

Anti-flea and rat prevention was carried out around the area of the man’s house.

The first two cases of the plague to be confirmed were on November 12. Two patients from Xilingol League were diagnosed with pneumonic plague in Beijing.

The third, a 55-year-old from Xilingol League, was also infected with bubonic plague in early November but was confirmed by Chinese health authorities on November 16. He is not believed to be connected to the first two patients.

Experts urged the public to maintain good personal hygiene and wear a mask any time you go to a healthcare setting.

Those with symptoms of a fever, cough, lymph node pain or bleeding have been told to stay away from others but seek a doctor.

Field workers have been advised to strengthen personal protection because they are close to wild animals.

According to China’s National Health Commission, a total of five people have died from the plague between 2014 and September of this year.

In 2014, a man died of the plague in northwestern Gansu province and sparked the quarantine of 151 people.

The 30,000 people living in Yumen, the town where the man died, were also prevented from leaving, with police at roadblocks placed on the town perimeter.

In neighbouring Mongolia, a couple died of the bubonic plague in May after they ate raw marmot meat, another carrier of the plague germ.

Most cases of the plague, only a few thousand globally every year, are in Africa, India and Peru. The US has about seven cases a year, according to the CDC, mostly in rural or remote areas in Southwestern states like Arizona, Colorado, New Mexico, and California.

Bubonic plague is one of the most devastating diseases in history, having killed around 100million people during the ‘Black Death’ in the 14th century.

Drawings and paintings from the outbreak, which wiped out about a third of the European population, depict town criers saying ‘bring out your dead’ while dragging trailers piled with infected corpses.

It is caused by a bacterium known as Yersinia pestis, which uses the flea as a host and is usually transmitted to humans via rats.

The disease causes grotesque symptoms such as gangrene and the appearance of large swellings on the groin, armpits or neck, known as ‘buboes’.

It kills up to two thirds of sufferers within just days if it is not treated, although if antibiotics are administered within 24 hours of infection patients are likely to survive.

After the Black Death arrived in 1347 plague became a common phenomenon in Europe, with outbreaks recurring regularly until the 18th century.

Bubonic plague has almost completely vanished from the developed world, with 90 per cent of all cases now found in Africa.

However, there have been a few non-fatal cases in the US in recent years, while in August 2013 a 15-year-old boy died in Kyrgyzstan after eating a groundhog infected with the disease.

Three months later, an outbreak in Madagascar killed at least 20 people in a week. A year before, 60 people died there as a result of the infection – more than in any other country in the world.

Outbreaks in China have been rare in recent years, and most have happened in remote rural areas of the west.

China’s state broadcaster said there were 12 diagnosed cases and three deaths in the province of Qinghai in 2009, and one in Sichuan in 2012.

In the United States between five and 15 people die every year as a result, mostly in western states. 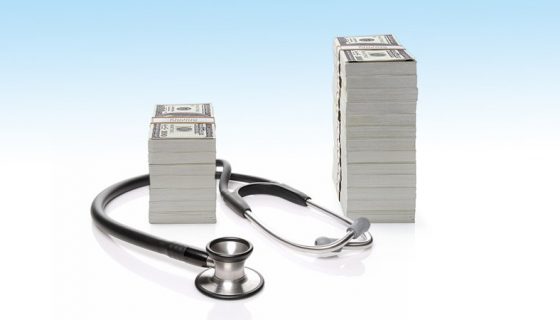 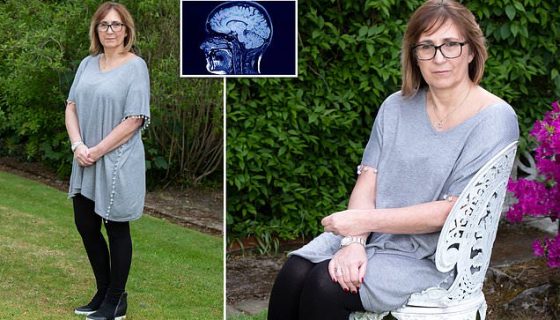 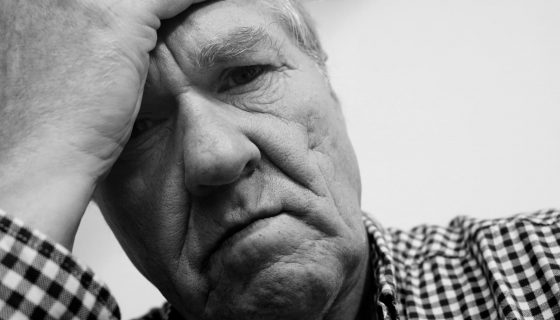 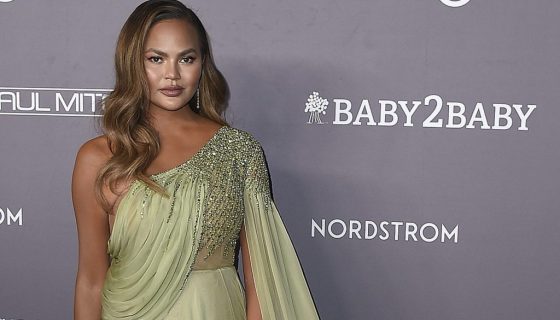