COVID-19 effectively eliminated a good portion of the business of Sierra Pacific Orthopedics in Fresno, California, both at the beginning of the pandemic and again when California eliminated elective procedures in November 2020.

Keeping patients safe became a matter of survival for the practice, so it was engaged in COVID-19 mitigation efforts from the very beginning. With two locations and 200 employees, it needed to find ways to stem revenue losses.

“When vaccines first became available, we jumped at the opportunity to help protect our 200 employees across our two locations and were the first private practice in Fresno to get approved for vaccine administration,” said Jeremy Ealand, chief operations and technology officer at Sierra Pacific Orthopedics. “We got the first doses into the arms of our entire team within two days.”

Ealand said the practice fortunately was able to get the right equipment, refrigeration units and transportation to expand its vaccination program.

“Given our integration with the department of health through our earlier COVID-19 mitigation efforts, we already had most of the requirements in place to run vaccine clinics, but that wasn’t the case for many other private practices,” he explained. “We started working with our colleagues at other practices to get them up and running to vaccinate their teams, but, given the arduous approvals process, they were weeks away from ready.”

Sierra Pacific was able to step in, get another 2,000 doses, and get the first dose to all of the healthcare workers in the area who were unable to get it through their employers.

“We were able to further expand the clinic when the vaccine became available to residents 75 and over, running a drive-through clinic,” Ealand recalled. “The first day we opened, the first-come, first-served clinic had gridlocked traffic for four city blocks. Still, we were able to get through the line quickly, inoculating 150 patients an hour – 1,200 a day.”

“Right now, we staff our vaccine practice with 25 employees. If we had to conduct manual outreach for every appointment reminder, I estimate that we’d have to commit about five staff members to that effort, which would threaten to reduce the number of shots we could administer by one-fifth.”

The shots were quick to administer, but as Sierra Pacific scaled up, staff found that the administrative end of things was challenging. Every patient had to be entered into three systems: CalVax (the centralized state vaccination system), the California Vaccine Registry, and into Sierra Pacific’s insurance billing system.

In addition, the practice needed to ensure each patient received follow-up and reminders for their second shot – work that, if done manually, threatened to take away resources and reduce the number of actual shots the practice could administer.

So Sierra Pacific Orthopedics reached out directly to its existing patient engagement vendor CipherHealth when it realized it needed more help on the coordination side of things.

The vendor told the practice that it could help the practice ease the burden of reminding people at very specific and personalized times that they needed to come back for the second shot.

“Through automated messaging delivered through SMS texts, CipherHealth’s outreach would remind people three days before their second dose appointment, providing them with important information about where to go and helping to reduce no-shows,” Ealand said. “Seeing as it benefited a community-oriented vaccination campaign, CipherHealth generously offered to do the work pro bono.”

Typically, the vendor’s solutions integrate directly with Sierra Pacific’s EHR and other systems to work seamlessly without any manual effort. This, however, was a novel – and urgent – request, and something of a new use-case, so the implementation was a little different.

“By the time we called CipherHealth for their help, we were looking at a list of about 5,000 patients who had so far gotten their first dose and had been entered into the right systems, but still would need appointment reminders,” Ealand explained. “They sprung into action, engineering a process that got us up and running within about 48 hours.”

The workflow is pretty straightforward. Practice staff update CipherHealth with newly inoculated patients and the exact date of their second shot, and CipherHealth does the rest by automating the reminders for the practice, which saves what Ealand called “an exponential amount of time on the other end.”

“Because we’ve had appointment reminders up and running since before we had anyone coming back for a second dose, we don’t have any before-and-after data for comparisons,” Ealand noted. “But within the last two days, we’ve surpassed 20,000 doses administered, and have given around 8,000 people their second dose.”

Out of all of the vaccines administered in Fresno County, with a population of 1 million people, Sierra Pacific has administered 13%.

“Right now, we staff our vaccine practice with 25 employees,” he said. “If we had to conduct manual outreach for every appointment reminder, I estimate that we’d have to commit about five staff members to that effort, which would threaten to reduce the number of shots we could administer by one-fifth.”

“There are so many moving pieces and so much administrative overhead associated with what is already an emotionally charged endeavor,” Ealand observed. “We found that having automated outreach helped free up our staff to focus on getting people inoculated – safely, quickly and effectively.

“Getting people back for their second shot is so important – both to ensure we continue to drive toward herd immunity and to allow clinics to plan and forecast accurately,” he concluded. “The capabilities exist to conduct this kind of outreach, but in this aspect of putting the clinic together, as with so many others, it was about finding a partner with the willingness to get things done – and quick.” 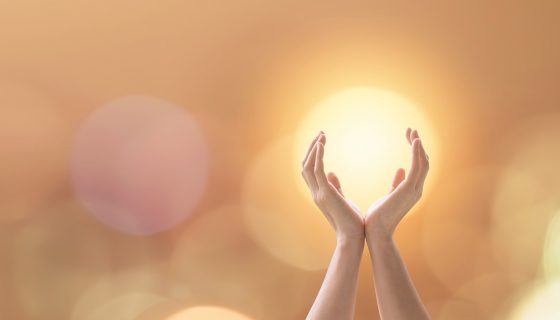