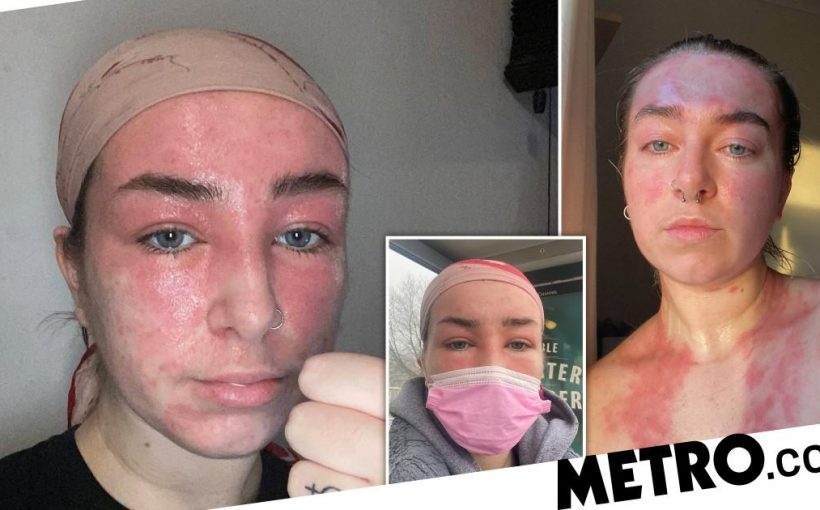 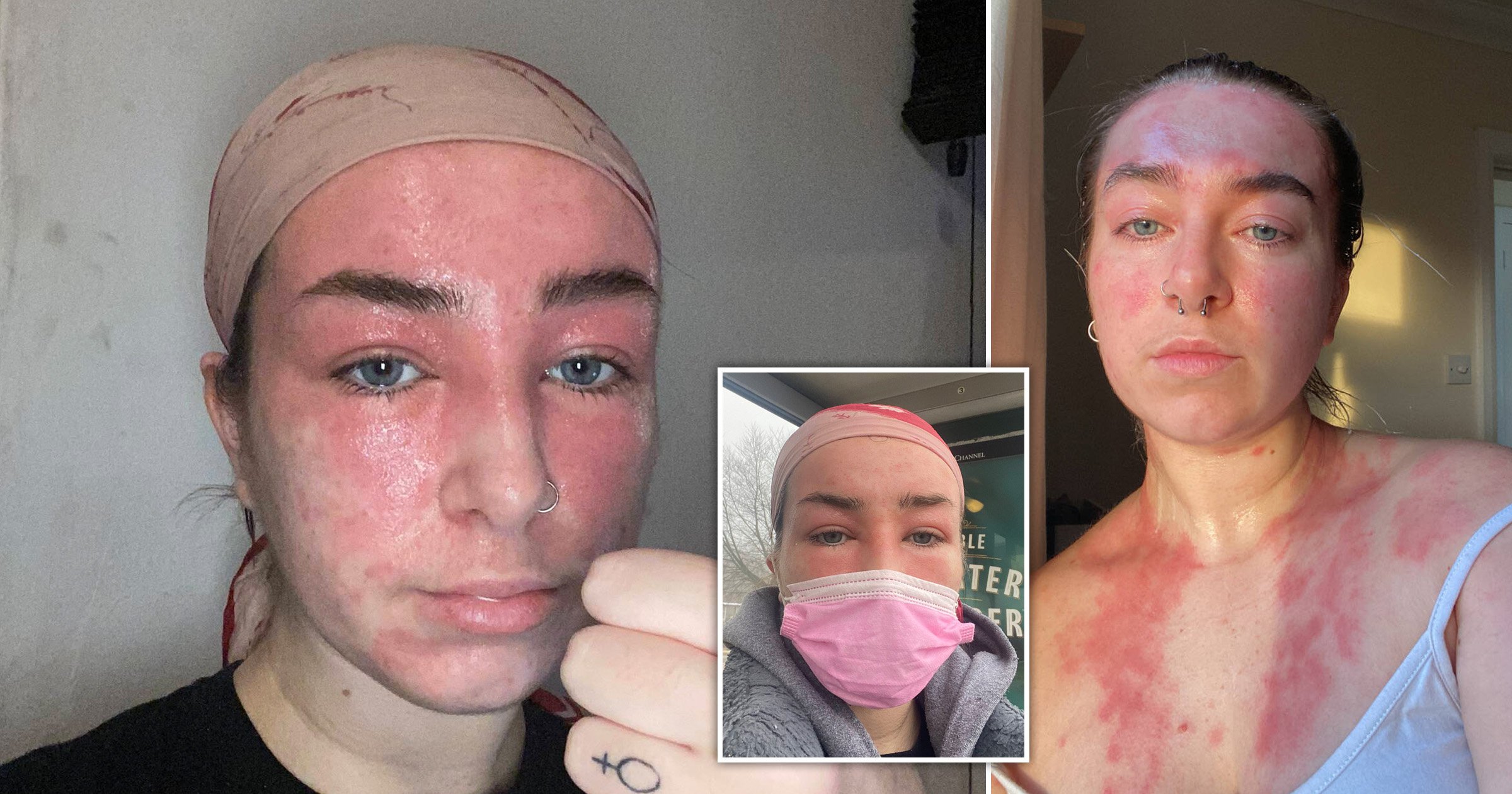 Skin conditions can be anything from pesky or mildly painful to damaging to your self-esteem.

But whatever your experience with a skin condition like eczema, it’s unlikely that it affected your hearing.

However, one 26-year-old has shared the horrific story of how their eczema was so severe that it led to them being reliant on a hearing aid.

Chlo Oliver, a non-binary customer care advisor from Brighton, has suffered from eczema since they were a baby.

The condition was often triggered by stress, the weather, and fragrances, and Chlo was prescribed various steroids, including hydrocortisone, fucibet and dermovate to manage their symptoms.

Chlo also suffered hearing loss due to severe eczema, but this remained undiagnosed due to medical errors.

They had hearing loss when they were younger and wore hearing aids.

Chlo had appointments with the ear, nose, and throat department between 2011 and 2014, suffering from limited hearing and constant ear infections.

In 2014 they were told the hearing loss was a skin issue and prescribed dermovate.

Their dermatitis cleared up almost overnight, but they are still dealing with the long term effects of this and the same issues persist with their ears.

Chlo did not see a dermatologist until 2020, and after three years and several cancelled appointments, they were informed that they had been ‘lost in the system’.

Aside from steroids and emollient creams, they claim they’ve not received the correct treatment for the skin condition, and that they weren’t informed about the risks of steroid use.

Chlo now suffers from Topical Steroid Withdrawal (TSW), a condition characterized by the worsening of eczema symptoms after discontinuing steroid use.

Since they stopped taking steroids in September they have been left with excruciatingly painful, bright red rashes all over their body.

‘There has never been any treatment long term,’ Chlo said.

They explained that they were prescribed steroid creams for years, and not referred to a dermatologist for her eczema-related hearing problems until 2020.

‘I had one appointment and was offered UV Therapy,’ they added.

‘After four or five cancellations by the dermatology department they eventually just lost me in the system and I never heard back.’

Chlo’s eczema worsened while using steroids, which they believe caused the TSW. Due to this, their skin is now so bad that it hurts to move.

‘I can be in immense pain when flaring and any sort of movement, even a hug, is painful,’ Chlo said.

Recalling how their condition affected them growing up, Chlo continued: ‘My skin used to affect my self-confidence, especially as a teenager.

‘I had a lot of scalp issues and this would lead to flakes in my hair so I was always really embarrassed about that.

‘My skin also gets very sore when it’s flaring up so going out I get anxious where I can’t have the control over what I’m wearing or what temperature it will be and I am more likely to hide away at home.’

They say the most difficult obstacle is when the weather changes between seasons, as this can change their body’s reaction to the creams, which they describe as ‘frustrating and expensive’.

Thankfully, Chlo has an excellent support system around them and is managing to stay positive.

‘My partner has been amazing, she’s done her research and has been a constant shoulder to cry on on my bad days,’ Chlo said.

‘Her positive reminders have carried me through the worst.’

Although they still feel pressure from the media and the idea of ‘perfect bodies’, Chlo says they’re gradually building confidence.

They also offered some advice for others going through the same journey.

‘I would say try and get a referral to dermatology as soon as possible,’ Chlo said.

‘It’s always useful to go into pharmacies and ask them for advice too as they can usually recommend similar things to doctors.’

Based on their experience, they recommend avoiding steroids even if doctors offer them, although this should be something you decide with your GP so you can effectively manage your eczema.

‘It’s really important to take ownership of your health too and educate yourself as doctors aren’t specialists in everything,’ added Chlo.

‘Some may know about TSW whereas others won’t have heard about it before, there is a lot of research still to come concerning skin conditions.’