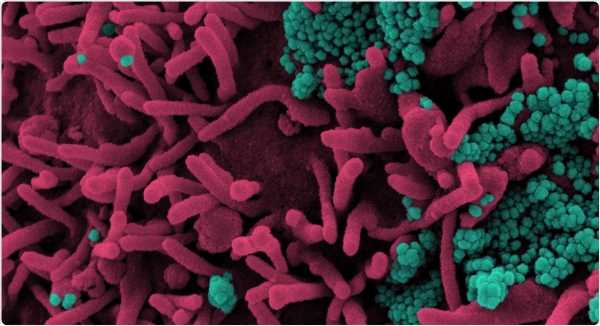 Severe acute respiratory syndrome coronavirus 2 (SARS-CoV-2) is the causative agent of the coronavirus disease 2019 (COVID-19) pandemic. To date, SARS-CoV-2 has infected over 112 million people and has been responsible for over 2.48 million deaths.

While vaccines against SARS-CoV-2 are being administered globally, treatment options for those infected are still limited. A team of researchers examined PT150, which is an allosteric modulator of androgen and glucocorticoid receptors, to assess whether it had any antiviral activity or immunomodulatory activity to decrease the hyperinflammatory response of SARS-CoV-2 infection. 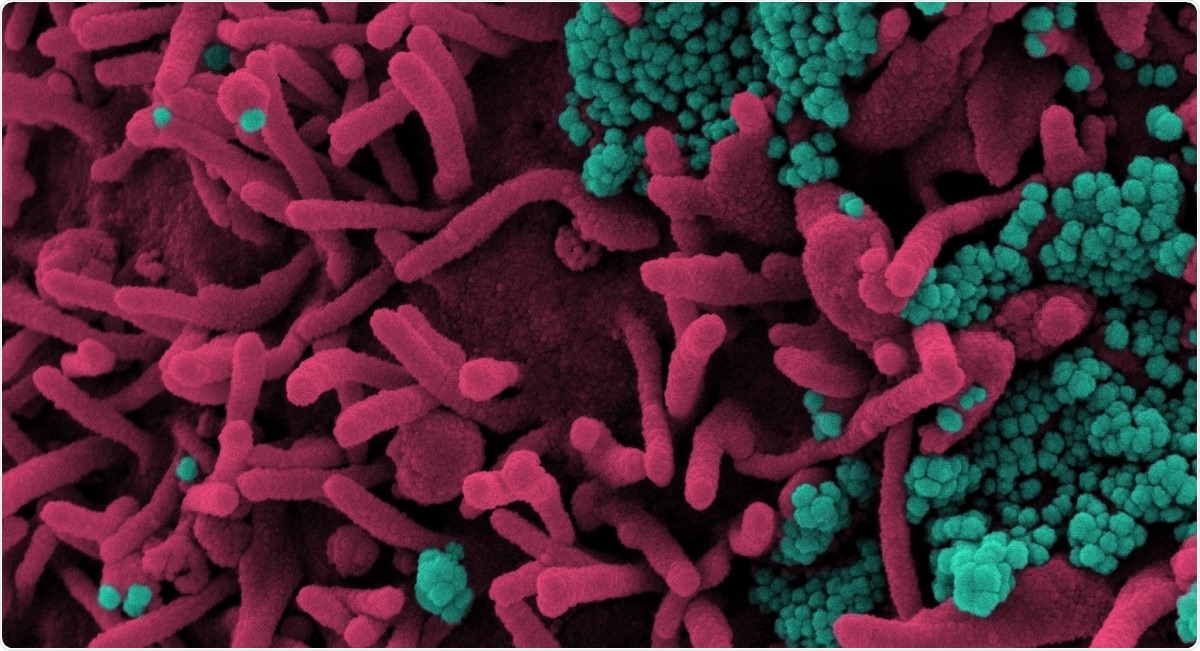 The researchers demonstrated PT150 as an effective inhibitor of SARS-CoV-2 infection in the Syrian golden hamster model. They found that oral PT150 given once daily for seven days prevented replication of SARS-CoV-2 in the lungs, decreased infiltration of macrophages, improved lung pathology and reduced expression of both angiotensin-converting enzyme 2 (ACE2) and transmembrane protease serine 2 (TMPRSS2). The researchers have released their findings as a preprint on the bioRxiv* server.

Downregulating expression of ACE2 and TMPRSS2 has therefore emerged as an important therapeutic strategy for the treatment of COVID-19 in order to increase host defense by preventing entry of SARS-CoV-2 into cells, thereby limiting viral replication.”

Both the ACE2 and the TMPRSS2 are highly expressed in bronchiolar epithelial cells and transcriptionally regulated at the promoter level through the androgen receptor (AR). Following the infection with SARS-CoV-2, the ACE2 as well as the inflammatory cytokine interleukin-6 (IL-6) – non-canonical interferon-responsive genes (ISGs), are highly expressed. The researchers in this study focused on achieving better therapeutics that can modulate these receptor systems to downregulate the expression of proteins critical to viral entry.

Studies about modulating infection with human coronaviruses revealed that: 1) targeting cellular responses has been shown to inhibit viral replication and 2) immunomodulatory drugs that reduce the excessive host inflammatory response to respiratory viruses have therapeutic benefit, as seen with influenza virus infections.

A prospective study previously reported a decrease in the rate of intensive care unit admissions in men who took anti-androgens for six months before hospitalization.

The researchers examined the therapeutic efficacy of PT150, which is reported to have broad inhibitory activity towards several RNA viruses, including influenza, Zika virus and β131 coronaviruses.

PT150 is also shown to have direct antiviral effects against SARS-CoV-2 in human bronchiolar epithelial cells in vitro. The PT150 involves the modulation of the glucocorticoid and androgen receptors that inhibits viral entry and replication by decreasing the expression of TMPRSS2 and ACE2. 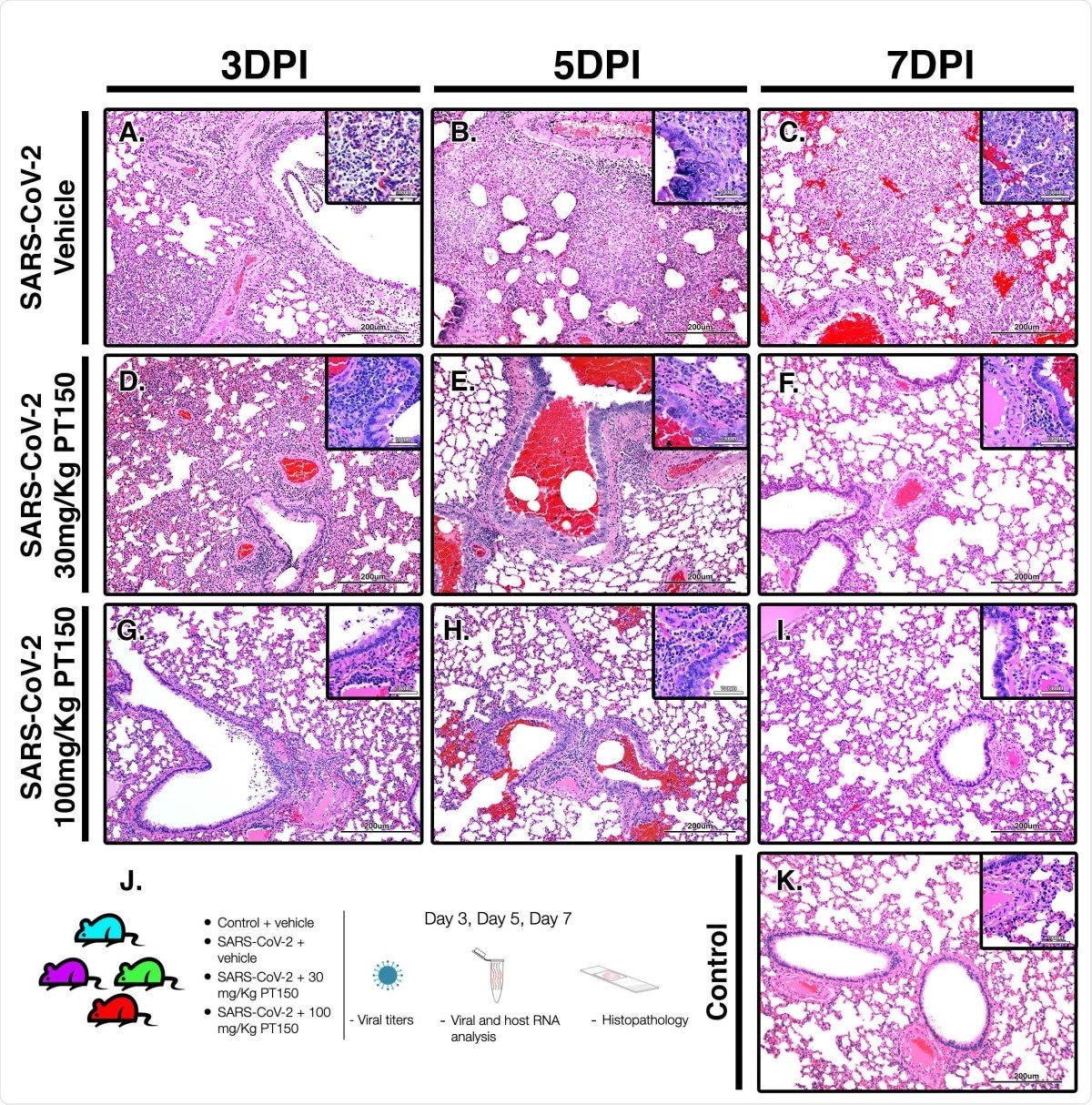 Importantly, the researchers also performed phylogenetic analysis and molecular docking studies to characterize the putative molecular targets by which PT150 could modulate disease progression. They found high scores of sequence concordance values for both AR and GR, across species representative of divergent taxonomic groups.

Similarity in these regulatory proteins also highlights the potential for cross-species transmission of SARS-CoV-2 and related β-coronaviruses and the importance of identifying compounds that can modulate signaling of AR and GR to increase host defense.”

The researchers also determined if PT150 was effective at reducing overall viral replication, infection and immune responses. The results highlighted the efficacy of PT150 in reducing the cellular and the innate immune responses concomitant to mitigating the severity of lung pathology in response to SARS-CoV-2.

To address the potential for a transcriptional modulator to protect against SARS-CoV-2 infection through downregulation of AR/GR-dependent expression of ACE2 and TMPRS22, the researchers presented a detailed analysis of the effect of PT150 on infected animals. The data in this study demonstrates that the disease progression and pathology within the lungs of SARS-CoV-2-infected animals depends upon the production of both ACE2 and TMPRSS2; this facilitates the viral entry and replication, leading to recruitment of macrophages. This initiates a severe innate immune response leading to broncho-interstitial pneumonia and consolidation of the lung parenchyma.

This study has demonstrated that the PT150 interrupts the progression of COVID-19,  limiting viral entry and thereby reducing viral loads and decreasing the severity of the immune response to SARS-CoV-2 infection.

The novel mechanism of action of PT150 as both an inhibitor of viral entry and an immunomodulator makes it a strong candidate for therapeutic intervention in the treatment of COVID-19, the researchers write.

bioRxiv publishes preliminary scientific reports that are not peer-reviewed and, therefore, should not be regarded as conclusive, guide clinical practice/health-related behavior, or treated as established information.

Ramya has a Ph.D. in Biotechnology from the National Chemical Laboratories (CSIR-NCL), in Pune. Her work consisted of functionalizing nanoparticles with different molecules of biological interest, studying the reaction system and establishing useful applications.