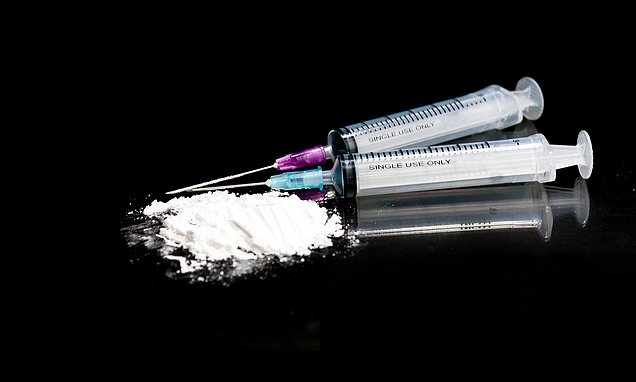 Health officials fear a contaminated batch of heroin is being sold on England’s streets, MailOnline can reveal.

Four addicts have been struck down with botulism – which can kill and paralyse – after injecting themselves with the drug.

Botulism is a rare condition caused by some of the most powerful toxins known to science and can rapidly attack the nervous system.

Public Health England has now issued a warning to A&E units across the country, urging them to be aware of potential new cases.

Drug experts today warned that someone could have deliberately planted the toxin into a batch of the class A drug. 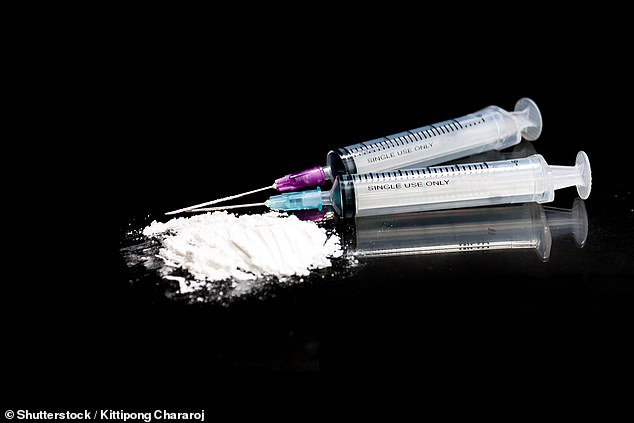 But it could also be because the bacteria which triggers botulism live in soil, where it could get into heroin when it is produced or transported.

Ian Hamilton, a drug researcher at the University of York, fears a contaminated batch could cause havoc among Britain’s heroin addicts.

He told MailOnline: ‘This is really alarming, particularly as it can be hard to get warnings like this to the people who this will be a risk to.

Mr Hamilton also warned that most heroin addicts who inject the drug will ‘not be in contact’ with treatment services.

And he warned ‘all the ingredient are there for this to spread like wildfire’ – despite there only being four known cases so far.

A leaked memo given to MailOnline, dated November 30, revealed the four wound-botulism cases occurred between October 19 and November 11.

Three were known heroin users in the South of England, while the other one – also addicted to the drug – lived in the Midlands. No details exist on their current health.

PHE described the recent cases as an ‘unusual increase’ in its report, which is sent to all A&E units across the country.

It urged clinicians in A&E units across the country to consider botulism as a potential diagnosis among people who inject heroin.

The report read: ‘This unusual increase in cases raises the concern that there may be a contaminated batch of heroin in circulation.’

Botulism is a rare and life-threatening condition caused by neurotoxin produced by Clostridium botulinum bacteria. It can paralyse people.

The bacteria can thrive in canned foods, deep wounds and the stomach.

Between 2000 and 2006, just six cases of food-borne botulism were reported in England. Wound-botulism is deemed to be more common.

These symptoms normally occur within a day but can be as late as a week after eating the food.

Antitoxins can slow down the process and allow recovery.

Most people make a complete recovery, although five per cent of cases are fatal.

The same toxin is used for cosmetic Botox procedures, to paralyse facial muscles and reduce wrinkles.

It went on to warn that ‘further cases may occur’. Only one case of wound-botulism was recorded in 2012 in England and Wales.

Only two of the samples have been confirmed to be botulism in the laboratory. The other two cases remain suspected.

But samples of bacteria taken from the wounds of the latter two patients are believed to come from the same common source due to an ‘indistinguishable’ molecular profile.

Doctors were warned that patients who have botulism will often have vision difficulties, drooping eyelids, diarrhoea, vomiting and slurred speech and muscle weakness.

Within a matter of hours, it can cause paralysis. The NHS states this can spread to the muscles that control breathing, if it isn’t treated quickly.

The PHE report warned: ‘Onset can be very rapid, with no symptoms before sudden respiratory paralysis and this can be fatal.’

Botulism is a rare and life-threatening condition caused by neurotoxins produced by Clostridium botulinum bacteria.

The same lethal neurotoxin is used in cosmetic Botox injections – but in much smaller doses to paralyse muscles in the face.

Wound botulism – deemed the most common form of the condition in the UK – occurs when spores produced by the bacteria contaminate a wound.

Health officials in the US state that because the bacteria behind botulism lives in soil, it could get into heroin when it is produced or transported.

The CDC also warned that the bacteria can find its way into a supply if it is cut or mixed with other substances or when it is prepared for use.

However, Mr Hamilton told MailOnline it ‘could be deliberate’ – but it would be near impossible for health officials to ever find out.

Heroin, which is a class A drug in Britain, kills more people in the UK than any other illegal drug, according to Talk To Frank.

Official statistics also estimate that there are 230,000 people in England and Wales who have used the drug in their lifetime.

The drug can be cut with other potent opioids, such as fentanyl. Or it can be mixed with paracetamol to increase profits for dealers.

Possession of the drug carries a seven-year prison sentence, while supplying someone else can trigger life imprisonment.