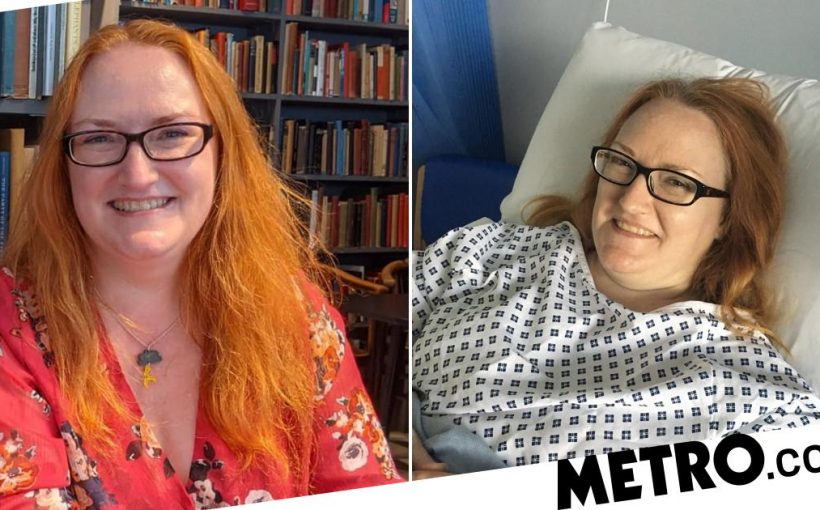 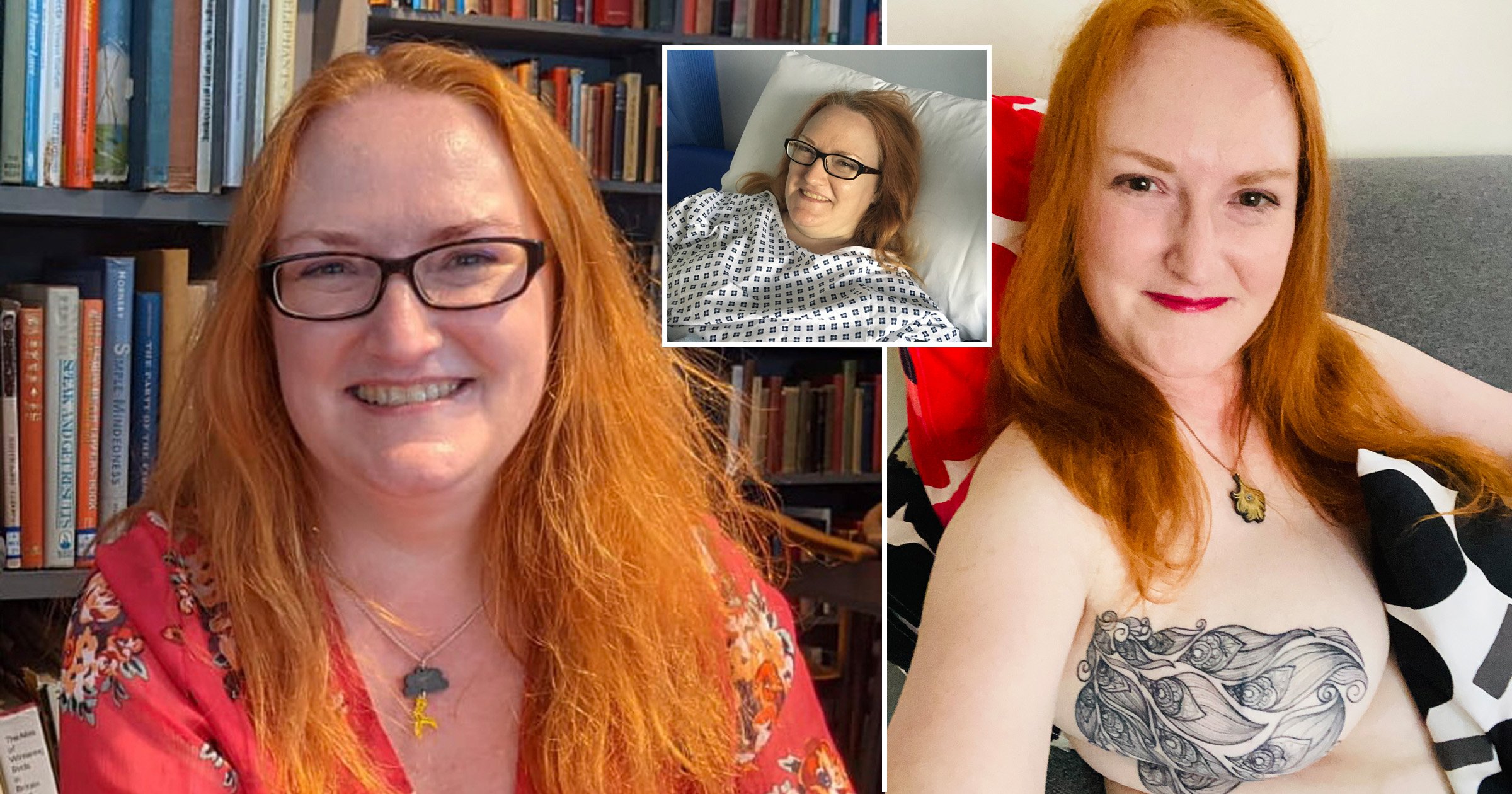 Karen Myers wasn’t overly worried when doctors found something suspicious in her breast in 2018.

She’d already had a benign lump when she was 20 and assumed it was just a recurrence of the same issue.

The BBC Studios editorial compliance specialist was originally having treatment for a totally different issue when doctors noticed something was amiss in an MRI.

She said: ‘I had been having loads of stomach problems and was seeing a gastro specialist for what turned out to be gallstones.

‘When they were doing one of the MRI scans, they noticed something at the bottom of my left breast that they suggested I got checked.’

But a mammogram and ultrasound revealed a much more serious diagnosis than she ever expected.

Karen, 49, said: ‘The results came back and doctors said I had invasive ductal carcinoma (IDC) and high-grade ductal carcinoma in situ (DCIS) which meant I had cancerous cells in the lining of the ducts of the breast tissue.

‘I had stupidly gone to the appointment on my own assuming everything was okay. I heard the words, “You have cancer” and just went numb.

‘I remember sitting there with the surgeon drawing a diagram on a bit of paper, showing what he was going to do in terms of the surgery and my brain just couldn’t process it.’

Karen, of Finchley, north London, had plans to live in New York, USA for three months to focus on writing fiction, but her diagnosis put a huge spanner in the works.

She said: ‘I was working at Channel 4 on a maternity cover job that was just a year’s contract, so I could go to New York.

‘I was desperate to experience a new kind of city life and enjoy the shows and culture that New York has.

‘I was angry at life because I had saved up this pocket of money to do this thing I had always wanted to do, and now it was getting eaten up by bills.’

Less than three weeks after learning she had cancer, Karen had her first lumpectomy to try and remove the cancerous tissue, but further scans post-surgery revealed there was more tissue to be removed, and she had a second procedure.

She said: ‘After the second operation, they said they still didn’t have clear margins and there was more DCIS in the breast tissue.

‘Basically, the next best option was a mastectomy.

‘All my life, I’d lived with my breasts and not thought about them much and then, being told I was going to lose one, it felt like I was losing a part of me, and I was confronted with the idea of looking different.’

In November 2018, Karen went through a 10-hour operation, which included a mastectomy and DIEP reconstruction – where surgeons used the fat and skin from her lower belly to rebuild the breast.

She said: ‘I remember on day three in hospital, after the operation, crying and thinking I had made the worst decision because I was in pain and couldn’t stand up properly because of my stomach.

‘It was only afterwards that I realised I needed to give myself some time to grieve losing a part of myself.

‘It feels selfish to moan about losing something when it saved my life, but it is still a valid thing to grieve.’

Even though she was grateful to the surgeons, she struggled to come to terms with the way her appearance had changed.

Karen said: ‘I only ever saw my breast when they changed the dressings for the first couple of weeks.

‘When I was at home, I found it difficult to look at myself in the mirror.

‘When I massaged the scars, I would distract myself with the TV rather than look in the mirror while doing it.’

During lockdown, Karen started to consider getting a mastectomy tattoo.

She said: ‘I’ve never had a tattoo before because I never thought it was very me.

‘While they look amazing, I didn’t personally like the idea of having a nipple tattooed because I knew in my head, I would know it wasn’t real.

‘I wanted to do something that I would feel happy to look at.

‘I didn’t like looking at my scars or breasts in the mirror – not because scars are ugly – but because they represented a negative experience in my life.’

Inspired by kintsugi – the Japanese art of putting broken pottery back together with gold, which is seen as a metaphor for embracing imperfections – she had a mastectomy tattoo of sweeping peacock feathers inked over her breast and scars, reaching down her ribs.

She said: ‘The idea of kintsugi is that you are mending things that have been broken with a bold repair, so you can see the pain and the breaks rather than hiding them.

‘It’s about celebrating the fragility of life and showing that sometimes when something breaks, it makes you stronger.

‘My tattoo was inspired by peacock feathers, with big sweeps and feathered elegance.’

When she looked at the finished tattoo for the first time, Karen was overwhelmed with emotion.

She said: ‘When I saw it, I couldn’t believe how beautiful it was.

‘It was so much more beautiful than I thought it ever could be. I feel so proud and empowered by it.

‘I had a trip to a spa day for a friend’s birthday a few weeks ago and I was really looking forward to stripping off in the changing rooms and showing her my tattoo. I would never have done anything that bold before.’

Karen hopes her experience will help other women going through and recovering from cancer treatment. She also helps run the DIEP Reconstruction UK forum on Facebook.

She said: ‘It’s a case of just reaching back and helping somebody else up the hill that you just climbed and being able to encourage somebody who’s having a difficult time.’

Now, rather than looking away from her breast, she feels more confident than ever.

She said: ‘I feel more confident than I used to both physically and spiritually.

‘My tattoo is now part of my appeal. It’s something different.