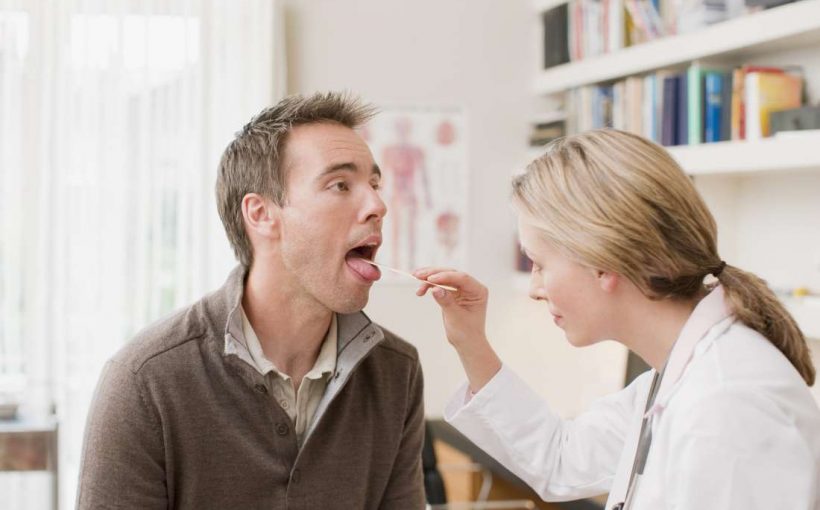 The National Cancer Institute (NCI) report that approximately 1.6 percent of adults in the United States will receive a pancreatic cancer diagnosis during their lifetime.

They also estimate that there were 55,440 new cases of pancreatic cancer in the country in 2018 alone.

The NCI note that the 5-year survival rate for people who have undergone treatment for pancreatic cancer is 8.5 percent only.

This means that it is of utmost importance for researchers to find more effective treatments and better ways of identifying the presence of this form of cancer in its early stages.

Diagnosing pancreatic cancer early could help fast-track a person’s access to adequate treatment and boost the likelihood of a positive outcome.

However, because this type of cancer has few symptoms in the beginning, it can go undiagnosed for a long time.

In a recent study, a team of researchers from Zhejiang University in Hangzhou, China has investigated how the human tongue microbiota could act as a diagnostic tool for pancreatic cancer.

The researchers’ findings — which they report in the Journal of Oral Microbiology — point to telling differences in the bacterial populations on the tongues of healthy people versus those of people with early-stage pancreatic cancer.

In this study, the researchers worked with 30 individuals who had already received a diagnosis of pancreatic cancer in its early stages, as well as 25 healthy individuals who acted as the control group.

All of the participants were aged between 45 and 65, they did not have other health problems (including oral health problems), and none had taken either antibiotics or any other class of drug for 3 months prior to the beginning of the study.

The scientists collected tongue coating samples from each participant, then used specialized gene sequencing techniques to analyze their bacterial abundance.

“Although further confirmatory studies are needed, our results add to the growing evidence of an association between disruptions to the microbiome and pancreatic cancer,” notes the study’s lead author, Dr. Lanjuan Li.

“If an association between the discriminatory bacteria and pancreatic cancer is confirmed in larger studies, this could potentially lead to the development of new microbiome-based early diagnostic or preventive tools for the disease,” she adds.

The immune system may explain the link

As for why people with pancreatic cancer may have a distinct oral microbiome blueprint, the researchers speculate that the development of cancer in the pancreas may impact the immune system.

In turn, these changes in the immune system may facilitate the growth of certain bacteria over others.

Determining the exact link between this form of cancer and the content of the oral microbiome will require further research. However, the scientists hope that the current study has put them on the right track to develop better diagnostic tools and new therapeutic approaches.

Existing studies have already suggested that there is a connection between pancreatic health and bacterial abundance in the gut and that the communication between the two is established through the immune system.

However, this is the first time that researchers have looked at how bacteria in a person’s tongue coating may indicate the presence of pancreatic cancer.