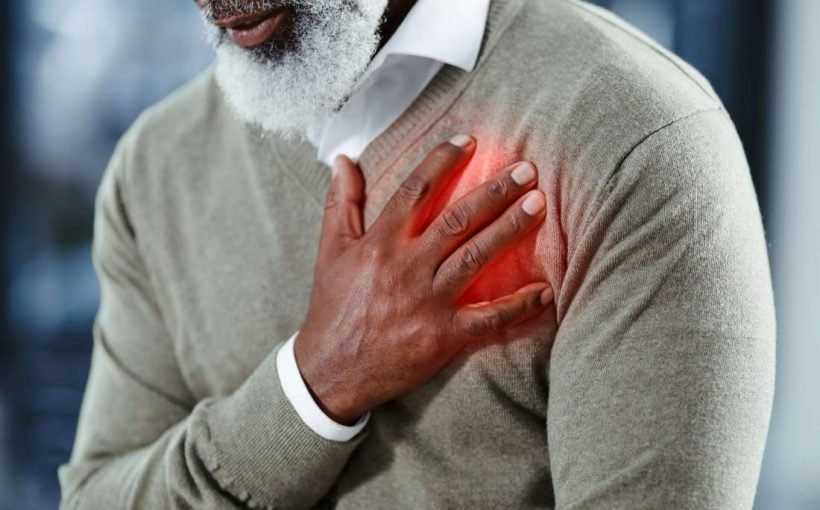 Stressful life events can sometimes put a strain on the heart, quite literally.

A large-scale study from 2018, for example, has confirmed that psychological distress caused by anxiety or depression can boost a person’s risk of a heart attack and stroke.

The link between depression and cardiovascular disease is not new. Recently, however, researchers have identified biochemical pathways behind the association, and stress appears to play a key mediating role.

One adverse cardiovascular event that can result from intense stress is broken heart syndrome, a rare condition that mimics the symptoms of a heart attack. It tends to affect women more commonly than men.

People with broken heart syndrome — also called takotsubo cardiomyopathy or stress-induced cardiomyopathy — experience sudden, intense chest pain, along with shortness of breath. Although this can feel similar to a heart attack, the syndrome does not cause blocked arteries.

Instead, part of the heart enlarges and does not pump correctly. Some researchers believe that stress-induced hormones, produced in response to extremely stressful emotions, such as intense grief, anger, or surprise, cause this effect.

Although broken heart syndrome can be life-threatening, most people fully recover within weeks.

However, 1 in 10 people develop complications such as cardiogenic shock — which occurs when the heart cannot pump enough blood to the rest of the body.

New research has examined the risk of premature mortality among people who developed cardiogenic shock as a result of broken heart syndrome.

The leader of the team was Dr. Christian Templin, Ph.D., the head of acute cardiac care at University Hospital Zurich’s University Heart Center in Switzerland.

He will present the findings at Scientific Sessions 2018, held by the American Heart Association (AHA) in Chicago, IL.

The new study will also appear in Circulation, the journal of the AHA.

Dr. Templin and the team accessed information from the largest database relevant to broken heart syndrome: the International Takotsubo Registry.

The researchers studied information about 198 people who developed cardiogenic shock as a result of the syndrome. They compared this with data from 1,880 people who had the syndrome but not the complication.

The average age of the former group was 63.4 years, while that of the latter was 67.2 years.

Results revealed that, in people who developed cardiogenic shock, physical stress was more than twice as likely to have caused broken heart syndrome.

The stressful event may have been an asthma attack or a surgical procedure, for example.

Also, the patients with cardiogenic shock were more likely to die in the hospital and more likely to have died within 5 years of developing the syndrome.

Specifically, 23.5 percent of the study population with cardiogenic shock died in the hospital, compared with only 2.3 percent of those who had not developed the complication.

An arrhythmia, an abnormality in the heart’s left ventricle, and a history of diabetes or smoking were also more prevalent in the group with cardiogenic shock. Diabetes and smoking are common risk factors for heart disease.

Finally, the results showed that the patients with cardiogenic shock were more likely to survive the initial episode if they received cardiac mechanical support.

The study’s lead author comments on the findings, saying, “The history and parameters that are easily detectable on admission to the hospital could be helpful to identify broken heart syndrome patients at higher risk of developing cardiogenic shock. For such patients, close monitoring could reveal initial signs of cardiogenic shock and allow prompt management.”

“For the first time, this analysis found [that] people who experienced broken heart syndrome complicated by cardiogenic shock were at high risk of death years later, underlining the importance of careful long-term follow-up, especially in this patient group.”