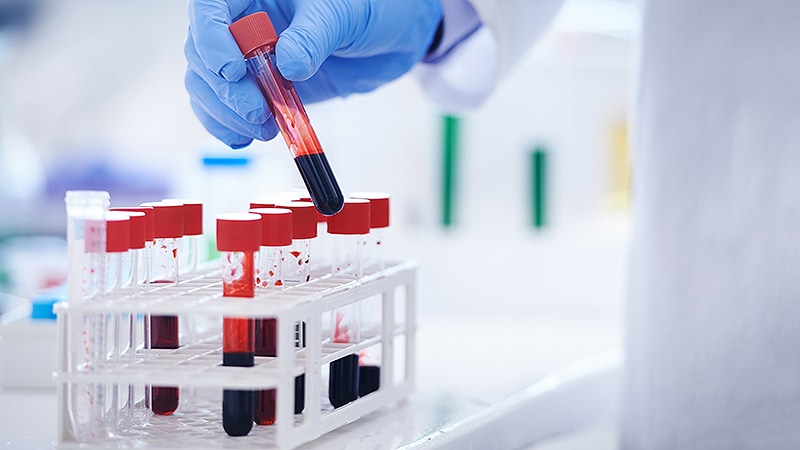 A novel blood-based assay could one day be used to diagnose Parkinson’s disease and possibly other chronic inflammatory conditions, according to investigators. In addition to being highly accurate, the assay, which detects changes in expression of cytochrome P450s, is faster and easier to perform than other Parkinson’s disease assays under investigation, reported lead author Kohei Ihara, PhD, of Kobe University, Japan, and colleagues.

“Effective diagnostic systems and biomarkers for patients without subjective motor symptoms have not yet been established,” the investigators wrote in Nature Scientific Reports. “Consequently, the poor diagnostic options for Parkinson’s disease delay the development of therapeutic approaches and medication. Therefore, the development of efficient diagnostic systems and biomarkers is crucial for overcoming Parkinson’s disease.”

According to Ihara and colleagues, various cytochrome P450 expression patterns and associated serum metabolites correlate with chronic conditions, making them possible markers of disease. To detect these changes, they developed the present assay. It relies upon recombinant P450s expressed on the surface of Escherichia coli. By mixing the E. coli with serum and Vivid, a fluorescent substrate, the investigators can measure “the inhibition rate of the Vivid decomposition reaction” that was driven by “serum metabolites associated with P450s,” revealing underlying expression and, if present, disease.

After some promising initial experiments with mouse models of ulcerative colitis and diabetes, Ihara and colleagues focused on a rat model of Parkinson’s disease. Evaluating inhibition rates associated with four P450s revealed area-under-the-curve (AUC) values of 0.814-0.914. Two of those P450s were also associated with progression of disease symptoms.

“Therefore, we concluded that the P450 inhibition assay could discriminate between Parkinson’s disease model rats and control rats,” the investigators wrote.

Next, the investigators tested the approach with a case-control study involving 20 patients with Parkinson’s disease and 20 healthy volunteers. Twelve P450s were analyzed, three of which revealed significant differences between patients with Parkinson’s disease and controls, with AUCs ranging from 0.740-0.775. Each of the three P450 enzymes also correlated significantly with stage of disease on the Hoehn & Yahr scale, although severity and frequency of symptoms were not reported.

To increase accuracy of the technique, the investigators developed a logistic regression model using two of the three P450s, generating an AUC of 0.910. Further testing showed that the P450 inhibition assay could distinguish between patients with Parkinson’s disease and Alzheimer’s disease, as well as other chronic inflammatory diseases.

“The P450 inhibition assay is easier to perform and is faster than other assays because this assay does not require pretreatment, such as purification of exosomes, and it involves a single enzymatic reaction,” the investigators wrote, suggesting that the assay may be suitable for real-world diagnosis.

According to Douglas Galasko, MD, a neurologist and professor of neurosciences at UC San Diego Health, the reported accuracy of the assay “seems spectacular,” and the findings are “promising,” but they need to be replicated, “particularly in early-stage patients where the diagnosis [of Parkinson’s disease] is more difficult and important to make.” In practice, the assay would likely see greatest usage for “early diagnosis or diagnosis of unusual or challenging cases,” so accuracy testing needs to be conducted in this setting, he said.

For diagnosing Parkinson’s disease, Galasko suggested that assays using skin biopsies to measure alpha-synuclein accumulation may be closer to approval.