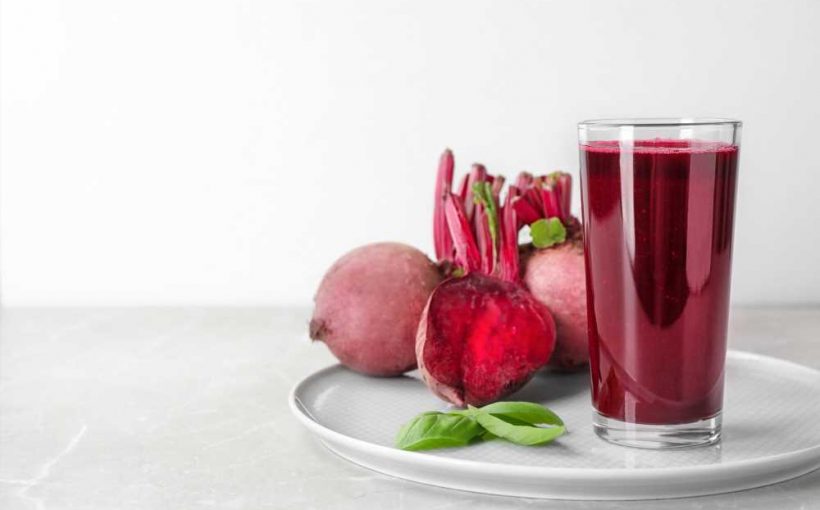 In a recent study published in the Food Chemistry journal, researchers investigated the impact of consuming red beetroot juice for two weeks on gut microbiota.

Red beetroots (Beta vulgaris) are a rich resource of betalains,  nitrates, and polyphenols. Beetroot's nitrate component is well-known for its dramatic hypotensive effects along with its notable impact on gastrointestinal motility. A prior study described the function of nitrates in altering microbial dysbiosis, sustaining colon consistency, and inhibiting the p53 transduction pathway, indicating the potential of nitrates concerning anti-colitogenic effects. However, conclusive evidence is yet to be reported for these effects. 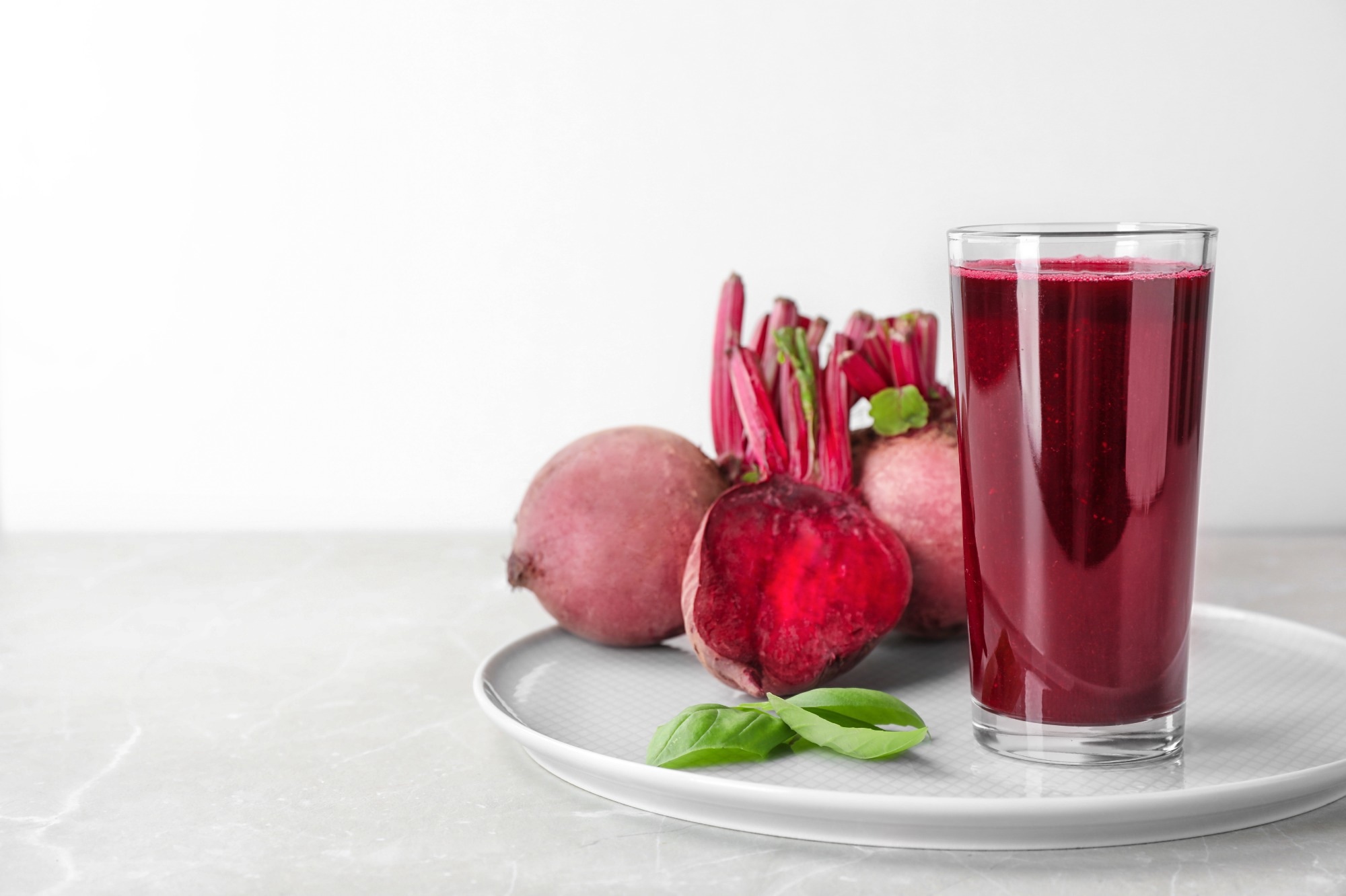 In the present study, researchers evaluated the relationship between the consumption of red beetroot juice on gut microbiome regulation among healthy people.

From the University of Leeds, 18 healthy individuals were recruited. Potential participants were screened based on these inclusion criteria: healthy, aged between 20 and 50 years, body mass index (BMI) between 18 and 25 kg/m2, and no frequent consumption of beetroot-related foods or supplements. They were given instructions and the necessary equipment to conduct the full study off-site, including the preparation method of the beetroot drink, blood pressure monitoring, and stool sampling. Participants were required to ingest red beetroot juice containing polyphenols, betacyanins, and ca. 228.5 mg nitrate per serving for 14 consecutive days.

According to the food guide, participants were instructed to refrain from betalain-containing foods for two weeks prior to the start of the trial. Participants were instructed to mix 30 mL of beetroot concentrate with 250 mL of drinking water daily for 14 days and consume it with their usual lunch and dinner. For the purposes of microbiota categorization and betalain characterization, participants provided stool samples at baseline (BSL) prior to juice consumption, after three (D3) and 14 (D14) days of beetroot juice consumption. Each week, participants' diastolic and systolic blood pressures were tested to assess the possible hypotensive benefits of beetroot juice.

Compilation of the top interviews, articles, and news in the last year.
Download a copy today

Based on the data reported in the food diaries and food frequency questionnaires (FFQs), participants' dietary habits differed significantly in terms of their consumption of polyphenol-rich beverages, polyphenol-rich fruits and vegetables, and meat meals. However, their individual dietary patterns did not change over the intervention period. The native pigments were predominately betacyanin glucosides, including neobetanin and (iso)betanin. At the same time, minor quantities were detected in degraded forms like decarboxylates and aglycones, which, along with the glucosides, comprised a total of 114.5 mg betacyanins per juice portion.

A total of 11 significant betacyanin catabolites were detected in the feces samples. The rise in 2,17-bidecarboxy-(iso)betanin, 17-decarboxy-betanin, (iso)betanidin, and 17-decarboxy-2,3-dehydro-betanidin accounted for the majority of the increase in total betacyanins excreted at D14 compared to D3. Due to the considerable inter-individual heterogeneity of betacyanins found in fecal samples, there were no significant variations in the amounts of specific metabolites measured on D3 and D14. Regarding composition, all stool samples predominantly included the catabolized derivatives of betacyanins, such as 2,15,17-tridecarboxy-neobetanin, 17-decarboxy-betanidin, and 2,15,17-tridecarboxy-betanin contributing over half of the identifiable catabolites.

The taxonomic makeup of each sample was illustrated by the relative abundance distribution histogram, which indicated the ten most abundant genera from the taxonomic rankings, such as Blautia, Bacteroides, Bifidobacterium, and Faecalibacterium. Species such as Prevotella copri, Bacteroides ovatus, and Bacteroides plebeius had a reduced Log10 abundance in D3 compared to BSL, which was slightly recovered in D14. Along the intervention, a slight decrease in Rominococcus bromii was found with a rise in Bacteroides eggerthii levels.

Comparisons using D3 revealed a greater number of taxa with substantial abundance than those involving BSL and D14. Arcobacter, Lactococcus, Parapusillimonas, and  Parvibacter were less prevalent in the D3 group than in the BSL cohort. Compared to the BSL group, the D14 microbiome demonstrates an increase in UC5-1-2E3 and Solobacterium, as well as a decrease in Christensenella.

The study findings showed that beetroot juice consumption elicited changes in the human gut microbiome following only three days of consumption, with subsequent long-term alterations observed after 14 days. This study also displayed the characteristics of catabolized betacyanins at two-time intervals, indicating a significant link between many taxa and betacyanins. It is anticipated that these alterations in microbiota and catabolites will have additional effects on the control of the metabolism and the gut immune system.

Bhavana Kunkalikar is a medical writer based in Goa, India. Her academic background is in Pharmaceutical sciences and she holds a Bachelor's degree in Pharmacy. Her educational background allowed her to foster an interest in anatomical and physiological sciences. Her college project work based on ‘The manifestations and causes of sickle cell anemia’ formed the stepping stone to a life-long fascination with human pathophysiology.