Home » Health News » Bad reaction from a new tattoo? Here’s what to do 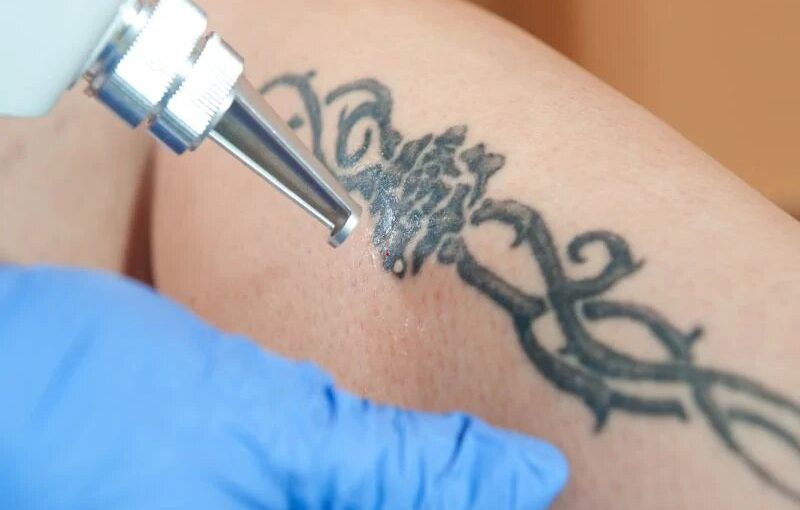 (HealthDay)—The biggest worry a person usually has when they’re getting a tattoo is how it will look. But sometimes, getting inked can lead to something worse than bad body art, an expert warns.

About 10 percent of people have a complication after a tattoo. Common ones include infections, allergic reactions and worsening of an existing skin condition, such as psoriasis or eczema, according to Leger.

Another potential complication is sarcoidosis, an autoimmune disease that can affect the skin and other organs. The first sign may be bumps at the tattoo site.

Infections are most common within the first few days or weeks of tattooing. They can cause redness and pain around the site of the tattoo (not just on the actual ink), as well as drainage, crusting and pus, Leger said.

“If you experience these symptoms after getting a tattoo, see a doctor right away, because infections can be quite serious,” she said in an American Academy of Dermatology news release.

Allergies and sarcoidosis may occur months to years later. Signs include itching, bumps, scaling, periodic swelling or the tattoo becoming raised. If you develop these symptoms, see a dermatologist, she advised.

If you do suffer problems, it’s a good idea to notify your tattoo artist, Leger added.

“It is important for artists to know if particular patients are having complications so they can be a part of assessing what’s going on,” she said.

Leger also suggested that people with chronic skin conditions or a history of skin cancer should talk to a dermatologist before getting a tattoo. People with psoriasis should be aware that they may develop a patch of psoriasis on their tattoo, and those with moles should avoid inking over them.

“There’s no strong data that shows tattoos increase your risk of skin cancer, but they can make detection harder,” Leger said.