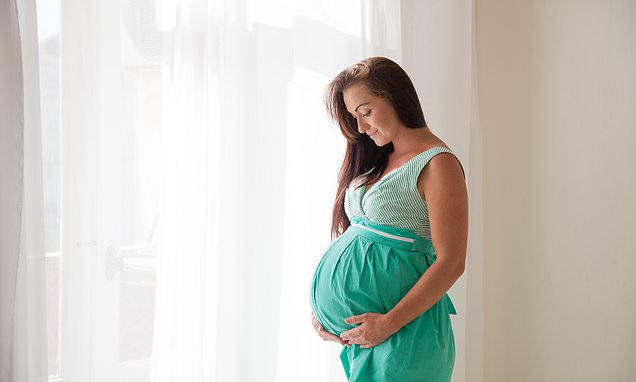 Why babies kick in the womb: Scientists discover foetuses are mapping their own body to explore their surroundings

When a pregnant woman feels a kick from her unborn baby, the youngster may be ‘mapping’ out its body and exploring its surroundings, research suggests.

A study by University College London analysed the brainwaves of 19 two-day-old infants, some of whom were premature and were therefore assumed to be acting as if they were still in the womb.

When the newborns kicked, it activated a region of their brains that is associated with sensory input and is thought to be critical in helping them to ‘get to know’ their bodies. 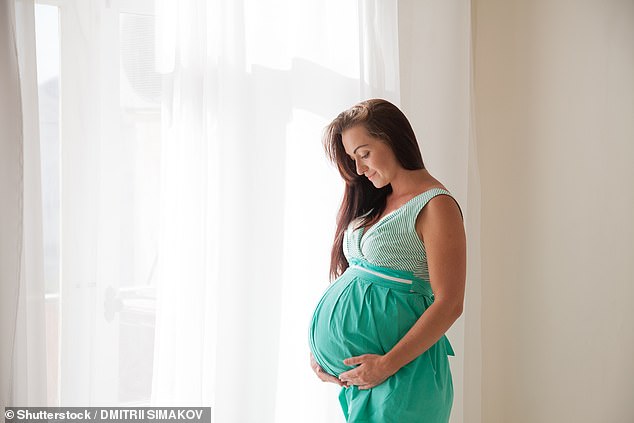 When a pregnant woman feels a kick from her unborn baby, the youngster may be ‘mapping’ out its body and exploring its surroundings, research suggests (stock)

The researchers measured the brainwaves that were produced when the babies kicked during the rapid eye movement stage of sleep.

REM is when dreams occur and the brain is very active. It was detected by monitoring the infants’ eye and limb movements, as well as their breathing rates.

Brainwaves were assessed by carrying out EEG tests, which involve attaching small sensors to the scalp that pick up on the electrical signals produced by brain cells.

TIPS FOR A HEALTHY PREGNANCY

Pregnancy health charity Tommy’s gives a list of actions which would have a positive impact on the health of a pregnancy and the future child if done before the mother stops contraception.

Smoking during pregnancy causes 2,200 premature births, 5,000 miscarriages and 300 perinatal deaths per year in the UK.

Be a healthy weight

Being overweight before and during pregnancy increases the risk of potentially dangerous conditions such as pre-eclampsia and diabetes.

Eat healthy and be active

A healthy mother is more likely to give birth to a healthy baby, and both will help maintain a safe body weight.

Speak to your GP if you are taking medication

Some medications may affect pregnancy, and it is best to check with a GP as soon as possible

Results showed that when the babies kicked, it activated a region of their brains that is linked to sensory input, known as the somatosensory cortex.

The size of these brainwaves was largest in premature babies in the equivalent of the last trimester.

The brainwaves were no longer triggered by movement once the infants turned a few weeks old.

The study was published in the journal Scientific Reports and led by research clinical physiologist Kimberley Whitehead.

‘Spontaneous movement and consequent feedback from the environment during the early developmental period are known to be necessary for proper brain mapping in animals such as rats. Here we showed that this may be true in humans too,’ study author Dr Lorenzo Fabrizi said.

Most pregnant women begin to feel their baby move between 16 and 24 weeks. The movements can be described as anything from a kick, flutter, swish or roll, which may change as the pregnancy progresses

Ms Whitehead added: ‘We think the findings have implications for providing the optimal hospital environment for infants born early so that they receive appropriate sensory input.

‘For example, it is already routine for infants to be “nested” in their cots – this allows them to “feel” a surface when their limbs kick, as if they were still inside the womb.

‘As the movements we observed occur during sleep, our results support other studies which indicate that sleep should be protected in newborns, for example by minimising the disturbance associated with necessary medical procedures.’

Nearly 60,000 babies are born premature every year in the UK, which is defined as before 37 weeks. Around 15million infants arrive too soon in the US.