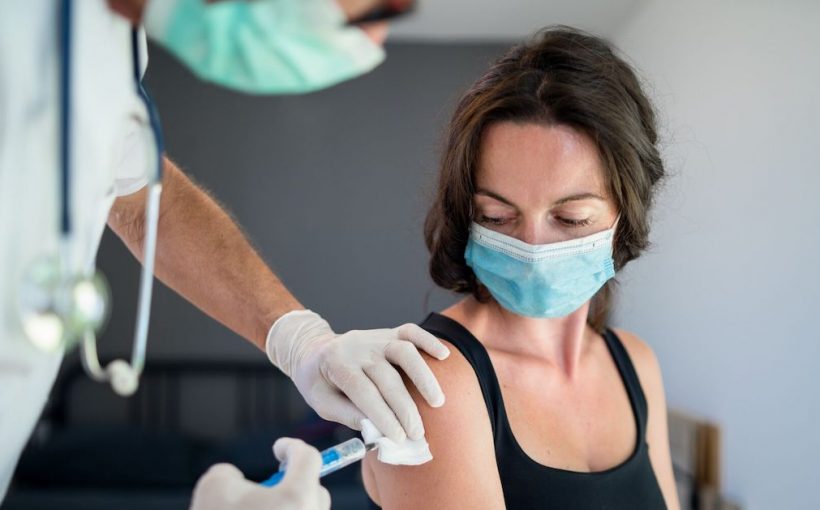 The results, published in npj Digital Medicine, included more than 9,600 participants who logged more than 128,000 cycles in tracking apps on their iPhones. Eighty-eight percent were vaccinated.

Researchers also noted the association between the dose and average cycle length varied depending on the menstrual cycle phase in which participants received the shot. Getting any of the vaccines during the follicular phase, when the body is preparing to release an egg, was associated with an increase in mean cycle length.

They found no evidence of longer cycle length when receiving the first mRNA dose or the Johnson & Johnson shot during the luteal phase, which occurs after ovulation and before the period starts. However, they did note the second dose of mRNA vaccines was associated with a decrease in average cycle length compared with pre-vaccination cycles.

“Our results suggest a small, non-persistent increase in average length of menstrual cycles in which a vaccine was administered. Moreover, the J&J vaccine was associated with a significant increase in the probability of a clinically long (>38 days) cycle; however, this increase did not persist over time,” the study’s authors wrote. “We found evidence that vaccination increased cycle length for approximately 1–2 cycles post-vaccination. After this, cycles returned to their pre-vaccination mean.”

Other studies have found menstrual cycle changes associated with the COVID-19 vaccine, although the Apple study authors noted there is no evidence that the shot impacts fertility.

They also argued the research has several strengths, because it featured a large and diverse sample. Some limitations include not being able to distinguish subpopulations like participants with preexisting health conditions, relying on self-reported data, and limited information about hormone levels or other data related to menstruation. The study also included only iPhone users in the U.S., so it may not be generalizable to all groups.

“COVID-19 vaccination is widely regarded as safe, and there is no evidence that it affects fertility in laboratory models, clinical trials or observational studies. Still, the immune response or the associated stress may link the vaccine with certain temporary menstrual changes,” the researchers wrote. “Improved understanding of these associations, such as whether one exists and the magnitude and persistence of potential changes, will assist clinicians in counseling patients concerning vaccination.”

Survey: Digital health investments will rely on ROI and clinical validation in 2023