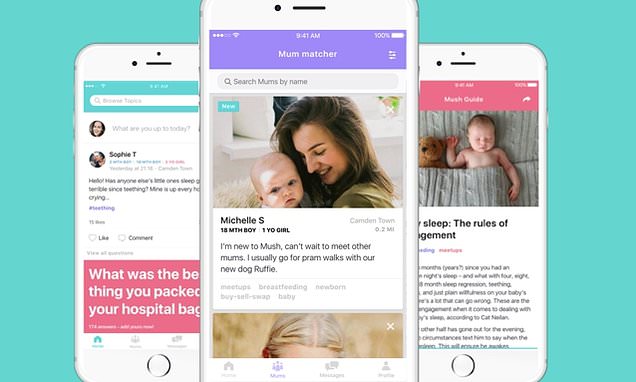 The app Mush has vowed to crack down on the ‘anti-vaxx brigade’.

Mush matches ‘like-minded mums with kids the same age’ who live close-by, allowing them to become ‘part of their local community’.

Although it sounds like a harmless way of making new friends, the social forum has removed 40 posts in the past two weeks for spreading the fake news that jabs are dangerous.

Concerned these posts will put mothers off vaccinating their children, Mush has announced it will permanently ban users who spread the anti-vaxx message. 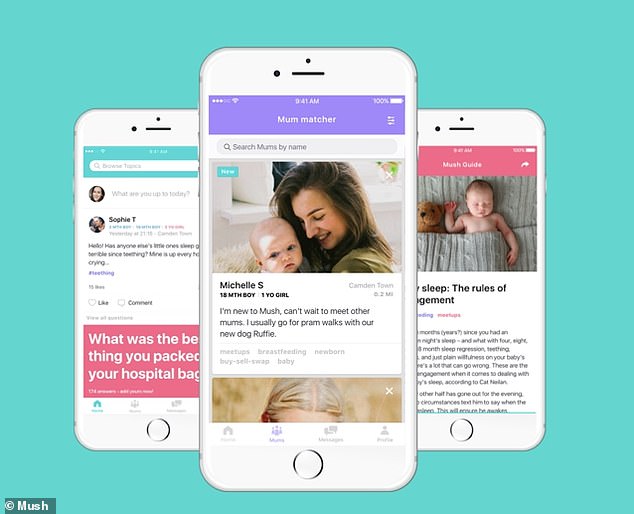 The app Mush (pictured) has vowed to crack down on the ‘anti-vaxx brigade’. It matches ‘like-minded mums with kids the same age’ to help them become ‘part of their local community’

Vaccination fears soared following a study by disgraced gastroenterologist Andrew Wakefield that the measles, mumps and rubella (MMR) jab can lead to autism in 1995.

His controversial views have since been widely discredited and Wakefield has been struck off – but vaccination rates plummeted in the wake of the study.

The brains behind Mush first became concerned when they noticed nervous mothers were posting on the app, looking for reassurance as their little ones started having jabs.

But rather than users pointing out how life-saving vaccinations are, parents were ‘bombarded with questionable links and judgment from a growing tribe of mums who’ve opted not to vaccinate their kids’.

Mush acknowledges vaccines can be distressing for both a mother and her newborn, with red-faced, confused babies crying out in pain when they get prodded with needles.

‘But we also know [this] pales into in significance compared with the alternative – living in a country where children routinely catch serious diseases,’ a spokesperson from the app said.

‘Diseases like measles, mumps, tuberculosis, polio; diseases we’ve thankfully mainly only witnessed in period dramas due to the fantastic scientific advances of the last century.’

The site blames ‘online scaremongering’ for the falling rates of vaccinations around the UK, particularly for measles, despite there being ‘no scientific evidence to back up any of their fears’. 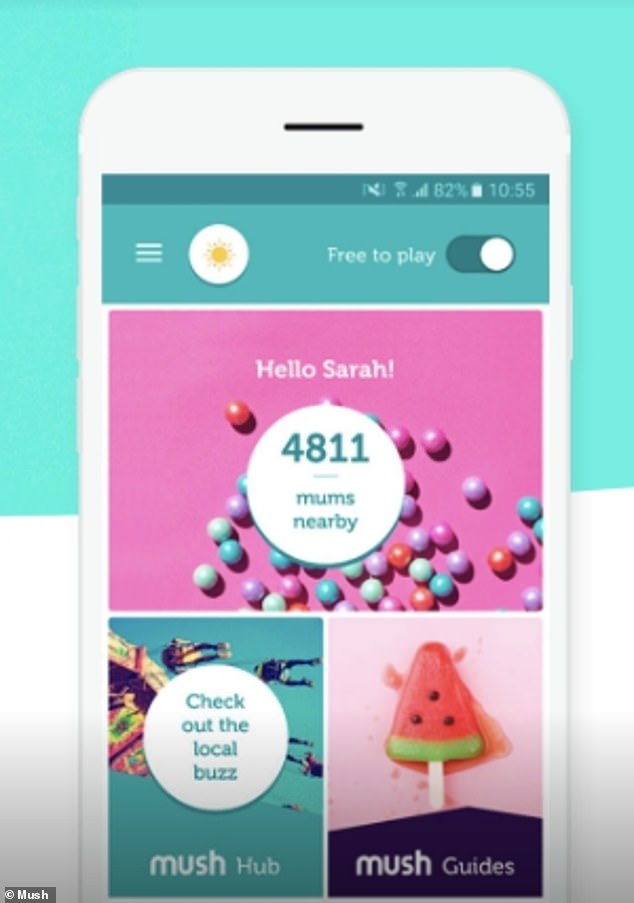 Although it sounds like a harmless way of making new friends, the social forum (pictured) has removed 40 posts in the past two weeks for spreading the fake news that jabs are dangerous

While the UK remains a world leader in vaccine coverage, rates have declined in nine of 12 vaccinations given routinely to children in England, figures show.

Determined to take a stand, Mush has vowed to block or remove all anti-vaxx posts.

It will also send formal warnings to delete the accounts of users who promote the anti-vaxx message on other mothers’ posts.

Mush is calling on mothers to stay alert to any fake news on the app and report such posts immediately.

This comes after a controversial anti-vaccination advert on Facebook was banned last November for claiming all jabs have the potential to kill a child.

A Maryland doctor also warned earlier this month the vaccine scepticism could lead to a global health crisis as big as HIV.

In 1995, gastroenterologist Andrew Wakefield published a study in The Lancet showing children who had been vaccinated against MMR were more likely to have bowel disease and autism.

He speculated that being injected with a ‘dead’ form of the measles virus via vaccination causes disruption to intestinal tissue, leading to both of the disorders.

After a 1998 paper further confirmed this finding, Wakefield said: ‘The risk of this particular syndrome [what Wakefield termed ‘autistic enterocolitis’] developing is related to the combined vaccine, the MMR, rather than the single vaccines.’

At the time, Wakefield had a patent for single measles, mumps and rubella vaccines, and was therefore accused of having a conflict of interest.

Nonetheless, MMR vaccination rates in the US and the UK plummeted, until, in 2004 the then-editor of The Lancet Dr Richard Horton described Wakefield’s research as ‘fundamentally flawed’, adding he was paid by attorneys seeking lawsuits against vaccine manufacturers.

On January 6 2011, The British Medical Journal published a report showing that of the 12 children included in Wakefield’s 1995 study, at most two had autistic symptoms post vaccination, rather than the eight he claimed.

At least two of the children also had developmental delays before they were vaccinated, yet Wakefield’s paper claimed they were all ‘previously normal’.

Further findings revealed none of the children had autism, non-specific colitis or symptoms within days of receiving the MMR vaccine, yet the study claimed six of the participants suffered all three.