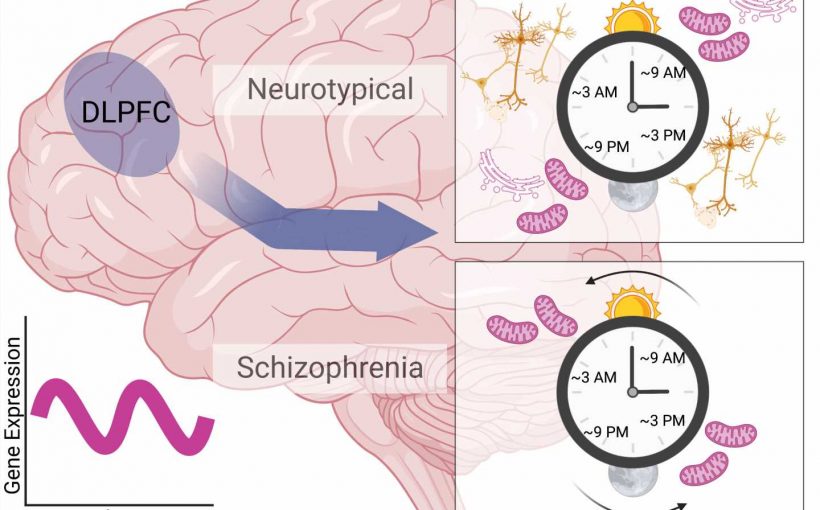 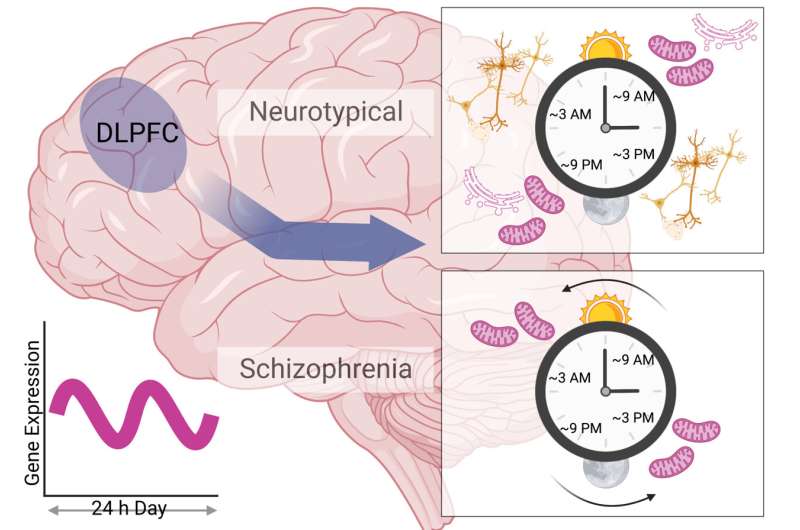 Researchers at the University of Pittsburgh School of Medicine, U.S. present the first evidence of 12-hour cycles of gene activity in the human brain. Published in the open access journal PLOS Biology on January 24, the study led by Madeline R. Scott also reveals that some of those 12-hour rhythms are missing or altered in the postmortem brains of patients with schizophrenia.

Patients with schizophrenia are known to have disturbances in several types of 24-hour bodily rhythms, including sleep/wake cycles, hormone levels, and gene activity in the prefrontal cortex of the brain. However, virtually nothing is known about gene activity in the brain—healthy or not—for cycles that are shorter than the usual 24-hour circadian rhythm.

Because gene transcript levels cannot be measured in living brains, the new study used a time-of-death analysis to search for 12-hour rhythms in gene activity within postmortem brains. They focused on the dorsolateral prefrontal cortex because this region of the brain is associated with cognitive symptoms and other abnormalities in gene expression rhythms that have been observed in schizophrenia.

The researchers found numerous genes in the normal dorsolateral prefrontal cortex that have 12-hour rhythms in activity. Among them, gene activity levels related to building connections between neurons peaked in the afternoon/night, while those related to mitochondrial function (and therefore cellular energy supply) peaked in the morning/evening.

In contrast, postmortem brains from patients with schizophrenia contained fewer genes with 12-hour activity cycles, and those related to neural connections were missing entirely. Additionally, although the mitochondria-related genes did maintain a 12-hour rhythm, their activity did not peak at the normal times. Whether these abnormal rhythms underly the behavioral abnormalities in schizophrenia, or whether they result from medications, nicotine use, or sleep disturbances should be examined in future studies.

Co-author Colleen A. McClung adds, “We find that the human brain has not only circadian (24 hour) rhythms in gene expression but also 12-hour rhythms in a number of genes that are important for cellular function and neuronal maintenance. Many of these gene expression rhythms are lost in people with schizophrenia, and there is a dramatic shift in the timing of rhythms in mitochondrial-related transcripts which could lead to suboptimal mitochondrial function at the times of day when cellular energy is needed the most.”