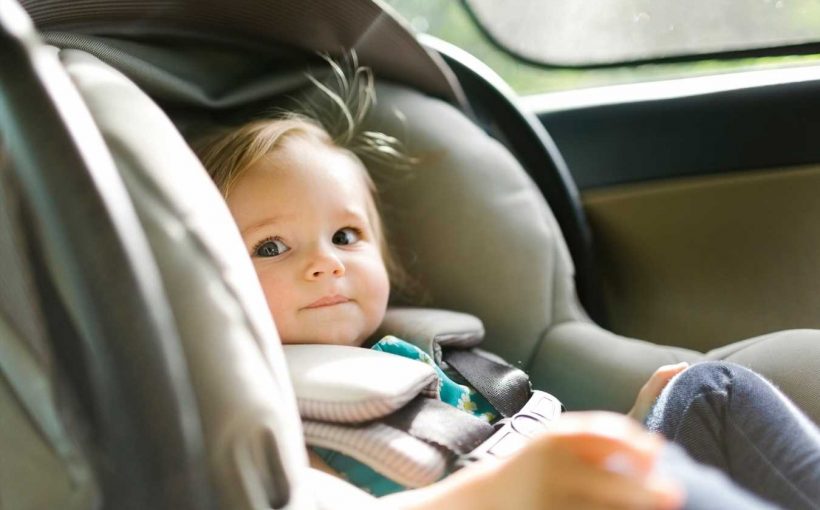 Parents with car seats their kids have outgrown, listen up: Walmart is offering a sweet deal — that also helps the environment.

Beginning Monday and running through Sept. 30, the retail giant is running a program where shoppers can bring their old car seats to a store’s Customer Service department in exchange for a $30 gift card that can be used online or in-store, Walmart shares in a release.

The company’s inaugural Car Seat Recycling Event, in honor of National Baby Safety Month, is being held in conjunction with TerraCycle, “and each component will be diverted from the landfill,” the release states.

Vice President of Walmart Baby, Melody Richards, says in the release that car-seat safety “is a top priority for Walmart's Baby department, so we wanted to use our size and scale to create an event that offered unprecedented access to trade in an outgrown car seat for a gift card — perfect for using on your baby’s next car seat.”

“Sustainability is of equal importance to Walmart, so we’re happy to work with TerraCycle who will recycle every component of the car seats,” she adds.

“We are proud to work with this forward-thinking company to offer families from coast-to-coast a way to give their car seat, the item that has kept their little ones safe, a second-life,” he continues. “Through this event, we expect to divert the plastic equivalent of approximately 35 million water bottles from landfills.”

Last year, the American Academy of Pediatrics modified its recommendations surrounding rear-facing car seats — namely, to extend the practice for “as long as possible.”

In the policy titled “Child Passenger Safety,” the organization advised, “All infants and toddlers should ride in a rear-facing car safety seat (CSS) as long as possible, until they reach the highest weight or height allowed by their CSS’s manufacturer.”

The AAP previously recommended for parents to have their children in rear-facing car seats until age 2, but lead policy-statement author Benjamin Hoffman, MD, FAAP, pointed out that “car seat manufacturers have created seats that allow children to remain rear-facing until they weigh 40 pounds or more.”

Customers can exchange their car seats for a $30 gift card (limit of two per household) from now through Sept. 30 at participating Walmart stores. Booster-seat recycling is not included in the promotion.