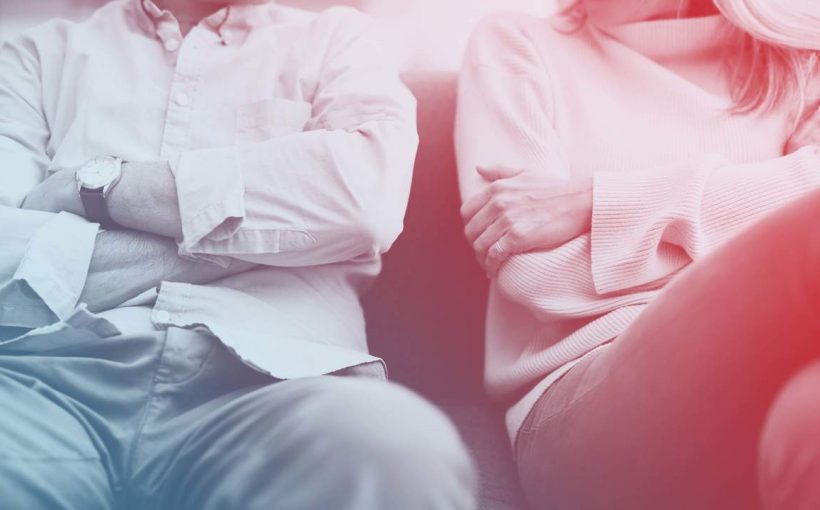 No one goes into marriage thinking they'll get divorced; on your wedding day, you vow to stick with your partner for better or worse. But unfortunately, no matter how much love and promise a couple starts out with, relationships can sour, and couples end up getting unhitched for a number of reasons.

An intriguing new study of people who recently split with their spouse took a closer look at some of those reasons, shedding light on the most common factors that cause couples to go their separate ways.

The study, published in the Journal of Sex & Marital Therapy, surveyed 2,371 recently divorced people, asking them to select more than one reason for their split. The top response, answered by 47% of participants, was a lack of love or intimacy, either because one or both partners fell out of love.

The second most common reason: communication problems. About 44% of participants chose this answer. The researchers explained that this could mean each spouse had a different communication style, or that one preferred to communicate less than the other.

Coming in third was a lack of sympathy, respect, or trust, with 34% of participants selecting this reason. Growing apart ranked fourth, with 32% of people picking this option. The researchers said this could mean each spouse developed different values, or they wanted to do something else with their lives that they didn't anticipate back when they headed to the altar.

What do the researchers make of these responses? They noted that the answers the study participants cited tended to be emotional and personal, while the reasons people divorced in years past were typically based on a spouse's behavior.

"The four most frequently given motives by respondents in our study could be considered to reflect romantic, emotional, and interpersonal aspects of the former relationship," the researchers wrote. "Accordingly, these findings are seen as supporting more recent research findings that behavioral motives such as violence and addiction have declined over time while psychological and emotional divorce motives have increased."

Basically, we live in an era when personal satisfaction is important—and if a marriage isn't satisfying us because we don't feel like we're on the same page as our partner or the romance has gone MIA, divorce may be an acceptable option.

So what are signs that these issues could be arising in your own relationship? "If you're not happy, are being reactive or shorter with your partner, or notice significant changes in the relationship, pay attention—these could be red flags," Rachel Needle, PsyD, codirector of Modern Sex Therapy Institutes in Florida, tells Health. Other warning signs include "being less affectionate, less kind to each other, spending less time together, stonewalling each other, or assuming the worst about your partner," Needle adds.

To prevent these problems, "spend at least 10 minutes a day connecting," Needle says. "This doesn’t mean talking about work or the children, but instead it's about continuing to get to know each other, sharing feelings or experiences, or just being present."

She also suggests scheduling monthly check-ins with your partner. "During your check-ins, you can discuss how you're feeling in the relationship, what you might need from your partner, and share things you appreciate about them." The goal is for both spouses to feel listened to and valued, which in turn keeps the marriage satisfying and fulfilling.