Home » Family Health » Tanya Sweeney: 'If we want schoolgirls to start cycling education is key – and boys and men are the ones we need to educate' 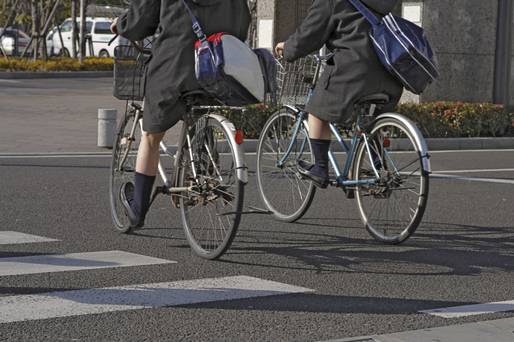 Whatever about the questionable safety of some Irish roads, cycling as a mode of transport should be something of a no-brainer.

It’s carbon neutral, cheaper than a Leap card, quicker than the 46A in rush-hour traffic, helps tone the body and gets the heart rate going.

Yet despite these myriad benefits, it transpires that there’s something of a gender gap between young men and women when it comes to the school cycle.

According to new figures from An Taisce, fewer than one in 250 Irish teenage girls cycle to school every day. (Twenty years ago, incidentally, one in four students who cycled to school were female, according to Census data). Such is the apparent dearth of young female cyclists, in fact, that a new Green-Schools initiative, bearing the hashtag #andshecycles, hopes to inspire and encourage young girls to get back in the saddle.

But why the scarcity? Research carried out on behalf of An Taisce found that the most common barriers to cycling include intimidation and harassment from men and boys.

This should probably come as no surprise to anyone. It certainly shouldn’t be, but street harassment is relentless. More than 80pc of women have experienced it. Unfortunately, it’s part of everyday life if you’re a woman. Even if you’re in a school uniform and clearly underage. Even if you’re whizzing past at 30 miles per hour.

Young women shouldn’t have to get used to it, but until such a point as boys and men are educated about the ramifications of catcalling, and indeed street harassment is taken more seriously as an anti-social behaviour, it will remain part of a woman’s experience of getting from A to B.

Yet there’s something else afoot. According to Green-Schools Travel Officer Caitríona Buggle, girls feel “excluded” from cycling, and feel it’s not an option for them. There is reportedly a perception that cycling isn’t ‘cool’, and that wearing school skirts makes cycling more difficult.

Hi-viz vests, helmets and other safety measures are also a deterrent, apparently, as some teenage girls don’t want to be seen arriving to school wearing them. I get that peer pressure, and an overwhelming desire to fit in, is a huge, potent part of the schoolgirl experience. You’ll do anything to look normal as a teenage girl in front of other teenage girls. And this generation of young women seems especially invested in physical appearance and what constitutes a passably trendy look (and what doesn’t).

Granted, it’s somewhat perplexing that some people are so self-conscious and enslaved to ‘The Look’ that they’d rather take their chances and forego a helmet and risk splattering their brains on the road. Yet it’s disheartening that it’s something that has stopped them from saddling up in the first place.

But when girls admit they feel vulnerable, exposed and somehow inferior on bikes, it does raise the question: how much of this cycling gender gap has to do with aggression, or a sort of machismo on the roads?

It has given me pause for thought. As a road user, I’ve experienced more than my fair share of, ahem, ‘defensive’ cycling. I’ve had cyclists shout at me. I’ve had cyclists miss me by a coat of lipstick as they cycle on the footpath. I’ve been beeped at by drivers while cycling a narrow stretch of road.

While wearing trousers and a trench coat, I’ve been called a slut by a gang of passengers shouting out of a taxi, while the driver laughed at their caddish ways. Elsewhere, cyclists have run red lights, nearly clipping me as a pedestrian. Hashtag not all men and all that, but is it merely coincidence or perhaps just my dumb luck that they were all male?

It’s a shame that so many different variables have conspired to take young women off bikes because the truth is that despite the many challenges involved, cycling is a brilliant mode of transport. I’m certainly happier on my bike than within sniffing distance of the next armpit on the Luas.

It’s a blast of head-clearing fresh air first thing in the morning. It’s a way to shake off the trials of the day. And perhaps more importantly, when you’ve gotten into your groove on a bike, any man or boy catcalling on the street tends to whizz by in the blink of an eye.