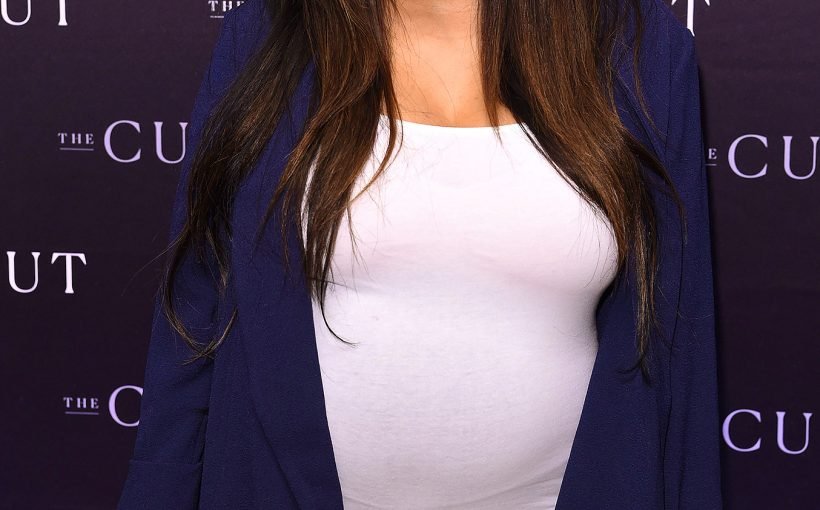 With only two more months of her pregnancy to go, Nicole “Snooki” Polizzi is revealing the name of baby number three!

The soon-to-be mom of three, 31, surprised fans on Thursday by sharing the name of her son, who is expected to arrive in June, on Instagram.

Polizzi casually revealed that her little one will be named Angelo.

While thanking close friend and Jersey Shore costar Deena Cortese for some baby gifts, Polizzi showed off the personalized teddy bear security blanket, piggy bank, and a fleece throw blanket that she had received — all with the name “Angelo” printed on them.

“Look what Deena got me!” she said, before confirming the name news. “So you guys know the name, it’s gonna be Angelo.”

Polizzi then followed up her post with a mirror selfie on Instagram, where she referenced the name that she and husband Jionni LaValle decided on for their third child together.

Polizzi announced the upcoming new addition to her family in November with a photo of her children holding her sonogram, writing, “What I’m thankful for this Thanksgiving.”

The following month, Polizzi revealed at a sex reveal party that her third child will be a boy.

It was good news for the Jersey Shore star, who previously told E! News in March 2016 that “I don’t want any more girls. If I have a girl, I’m just going to be really upset about it.”

Despite Polizzi’s busy schedule — in addition to being a mom of three and television personality, she runs the Snooki Shop in New Jersey — the star admitted to PEOPLE last month that she doesn’t plan on taking much time off following the birth of her son.

“That’s not a thing,” said Polizzi when asked, as her own boss, if she would take maternity leave. “I’m probably gonna take a couple of days off but my mental state is always thinking about work and my brand, and expanding it and improving it and making it better.”

“So taking a day off … that stresses me out, actually,” admitted the Snooki Shop guru.

Polizzi also noted how she “[doesn’t] have time to relax” in this pregnancy when compared to her previous ones, as she’s busy parenting her two kids and “running all these businesses” in between.

As the family prepares for little Angelo’s arrival, Polizzi said her two children can’t wait to meet their baby brother. In fact, they’re so “excited” about it that they “talk to [her] belly every day” and have adorably nicknamed their sibling “the belly baby.”

“They tell my belly how their day was. They kiss the belly,” she told PEOPLE. “My daughter, [when] she has food, she’ll put it by my belly [to] ‘feed’ the baby. It’s so cute.”