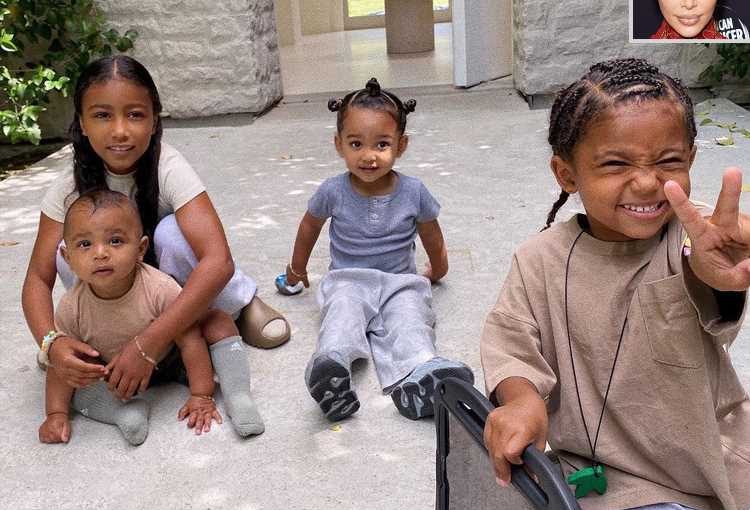 Earlier in June, Kanye was spotted joining demonstrators in his hometown of Chicago to protest against policy brutality and systemic racism in the wake of the death of George Floyd, who died on May 25 in police custody after Minneapolis police officer Derek Chauvin pinned him to the ground for nearly nine minutes with a knee on the unarmed man's neck, despite his repeated cries of "I can't breathe."

In addition to marching in Chicago, Kanye established a 529 college savings plan to fully cover tuition for Floyd's 6-year-old daughter Gianna, a representative for the rapper previously confirmed to PEOPLE. He also donated $2 million to support legal funds and the families of Ahmaud Arbery and Breonna Taylor.

Kim issued a statement in support of Black Lives Matter on May 30.

"For years, with every horrific murder of an innocent black man, woman, or child, I have always tried to find the right words to express my condolences and outrage, but the privilege I am afforded by the color of my skin has often left me feeling like this is not a fight that I can truly take on as my own," the KKW Beauty founder wrote.

"Not today, not anymore," she continued. "Like so many of you, I am angry. I am more than angry. I am infuriated and I am disgusted. I am exhausted by the heartbreak I feel seeing mothers, fathers, sisters, brothers and children suffering because their loved one was murdered or locked away unjustly for being black."

"Even though I will never know the pain and suffering they have endured, or what it feels like to try to survive in a world plagued by systemic racism, I know I can use my own voice to help amplify those voices that have been muffled for too long."

To help combat systemic racism, consider learning from or donating to these organizations: