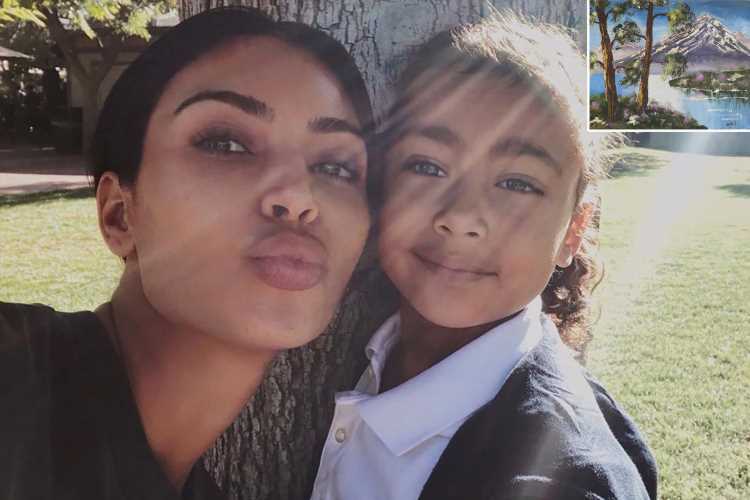 The Keeping Up With the Kardashians star shared another image of her daughter North West's painting that recently received mixed responses.

"Just had to post this bc it's a North West Classic!" Kardashian, 40, captioned the photo.

The nature painting depicting a lake with mountains in the background and forest trees in the foreground had the 7-year-old's first name along with a smiley face in the bottom corner.

Kardashian previously shared the image on her Instagram Story and many critics voiced their sketicism that North created the painting.

"DON'T PLAY WITH ME WHEN IT COMES TO MY CHILDREN!!!" the KKW Beauty founder said on her Instagram Story at the time in response to the reactions. "My daughter and her best friend have been taking a serious oil painting class where their talents and creativity are being encouraged and nurtured. North worked incredibly hard on her painting, which took several weeks to complete."

The proud mom called out "grown adults breaking down whether or not my child actually painted this." "How dare you see children doing awesome things and then try to accuse them of NOT being awesome?" Kardashian questioned.

The mother of four — shares daughters North and Chicago, 3, and sons Saint, 5, and Psalm, 21 months, with her estranged husband Kanye West.

The KKW Beauty mogul went on to share intricate drawings that West, 43, had done when he was young.

"Throwback to some of her dad's artwork that he did when he was a kid," Kardashian captioned the images of the sketches.