Home » Family Health » Is it really possible to squeeze in some 'me-time' in the holidays? 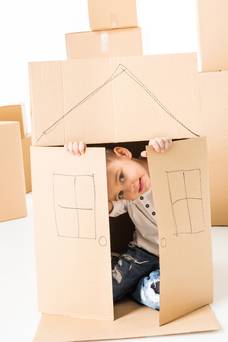 Working from home has many advantages and I’ve always felt grateful to be able to look after my kids while holding down a career.

However, it hasn’t been without its moments and trying to meet deadlines or conduct a serious interview with a gang of excited boys (my own three and their friends) running around often proved somewhat difficult, to say the least.

During the school term we all have plenty of time to ourselves whether it’s getting ahead with work, sorting out the housework or simply enjoying a bit of me-time because when the kids are entertained, we get a lot done – but not during the summer holidays.

Over the years, I’ve had many a stressful moment during the long school breaks and sometimes it seemed like September couldn’t come fast enough. But I also had some lovely harmonious days, and it was all to do with planning ahead.

In another life, I trained and worked as a Montessori teacher in London (in a school previously attended by Princes William and Harry along with Tom Cruise and Nicole Kidman’s children), so when my own boys came along I was blessed with an arsenal of simple but effective ideas to keep them amused.

Small children are naturally curious so are usually happy to explore and discover for hours on end. One of the many activities my boys still remember is the ‘treasure hunts’ in the garden (the local park or inside the house would also suffice).

The prizes varied (there was always more than one so as to avoid tears) from sweets, a small toy, fancy pen or even an orange and armed with (age appropriate) clues they would spend an age searching high and low until triumphantly returning with their haul.

I also gave them a list of things to find – ‘three long twigs, two white pebbles, one dandelion’ etc – drawing pictures of the items before they could read. Painting stones was another great activity (making ladybirds out of smooth rocks was a favourite) – so an arts and crafts cupboard at home full of the basics is a must for every household.

As the boys got older, the searching went up a notch and we had a great selection of Irish wildlife books with boxes to tick when certain animals, birds or plants were discovered – this kept them amused for hours.

Of course, food is a vital component to most activities and breaks were punctuated with picnics – many simply consisting of a packet of raisins, a digestive biscuit and some ‘apple sticks’ or orange segments – because everything tastes better outside and the ceremony of setting out a blanket, picnic table or even sitting on a flat rock adds a little adventure to the proceedings.

As a child of the ’70s and ’80s in rural Ireland, we had to rely hugely on our imagination so I’m sure this helped when it came to encouraging my boys to make a den in the hedge, a camp in the living room or – one of their favourites – a ‘city’ outside on the patio which usually included everything from cars and soldiers to dinosaurs and farm animals. Some seriously wacky realms were created and most of the fun seemed to be gained from setting everything up which could take the best part of a morning (tidying away just involved scooping it all up into various toy boxes, so no stress there).

While all of these activities were going on, I had time to work, make phone calls, do the housework or simply chill out in the garden while keeping them in my line of vision – it was simple stuff, but it worked and they had so much fun that they still talk about it today.

Getting kids involved in chores is another great way to keep them busy. They genuinely want to help and when mine were little, they chopped so many mushrooms (as they could be easily cut with a children’s knife), sorted out the cutlery drawer and laundry basket on countless occasions (kids really like sorting stuff into categories), helped with the weeding and washed many a pot (often the same one over and over, but it kept them occupied).

As they got older these tasks became less appealing, but I would encourage them to crank up the volume on their music and give their rooms a good clear out – decluttering can be therapeutic at any age.

Transforming the playroom or a bedroom into a fortress, making a jigsaw, painting a picture or watching a movie are perfect rainy day activities and when the four walls got too much, we made sure to get out for a walk or a cycle. Sometimes they would moan (particularly as they got older) and say they didn’t want to go, but everyone, including myself would be revitalised on our return.

At the start of long summer holidays, I usually felt a sense of panic wondering how on earth I would entertain them, but it always worked out and I have to say that come September, I felt a sense of sadness when they returned to school.

So make the most of the holidays and the kids, because it won’t be long before you’ll be wishing you had this time back again. 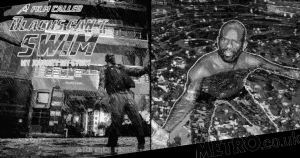 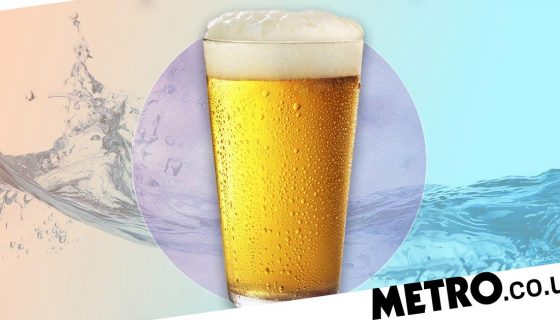