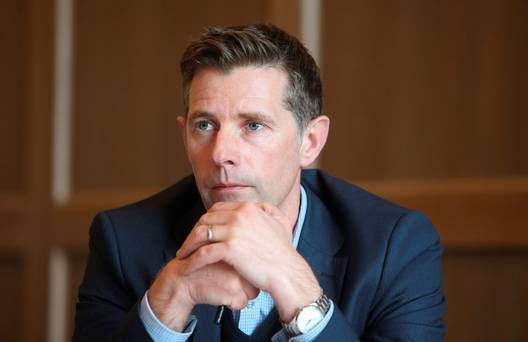 TV architect Dermot Bannon has admitted that he is “not the best father in the world”.

The Room to Improve star, who returns to Irish screens on Sunday with a new series, says he’s not around for his children as much as he’d like.

“I’m not the best father in the world,” he told the RTE Guide.

“I’m not around as much as I’d like and there are loads of things I’d love to do differently, to have more time with them. But that’s improving.”

“I realised how short life is, you have to grab it before it goes.”

“Before that, I thought I was invincible, that I’d live forever. I thought of my own mortality and that fact dad was gone forever.”

Bannon’s new series “Incredible Homes” takes in mansions and unusual homes around the world. He’s also filming his own home refurbishment in Dublin, which he’s previously said is based around the concept of an Irish pub.

The architect has previously admitted that he suffers from “dad guilt” when he doesn’t have enough time to spend with the children.

“Their needs come before everything. Your goals and priorities become all about them,” he told RSVP magazine previously. “My biggest guilt is just not having enough time with them.”