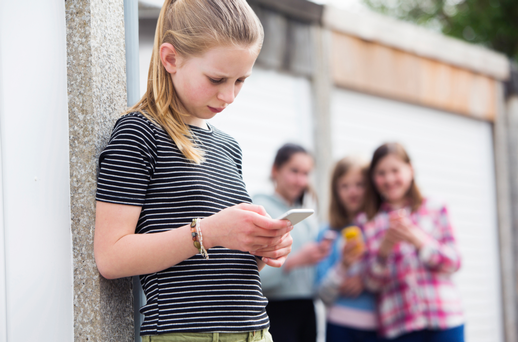 Depression linked to social media is almost twice as high among teenage girls compared to boys, according to research by University College London (UCL).

Researchers found the greater amount of time girls spend on social media at age 14, as well as exposure to online bullying and lack of sleep, were key factors in their mood.

The research, published in EClinicalMedicine, suggests that 14-year-old girls were heavier users of social media, with two-fifths using it for more than three hours a day, compared to one-fifth of boys.

The study is the first of its kind and is based on data from almost 11,000 14-year-olds who are taking part in the Millennium Cohort Study, a large-scale research project looking into the lives of children.

The findings come as new official guidance from the Royal College of Paediatrics and Child Health suggests parents should avoid letting their children use mobile phones, tablets or computers an hour before bedtime and agree screen time limits.

“For boys, higher depressive symptom scores were seen among those reporting three or more hours of daily social media use.”

Girls were also more likely to have experience of online harassment or cyber bullying and get less quality sleep because of extra time spent online.

Both factors can trigger depressive symptoms, the researchers said.

“These findings are highly relevant to current policy development on guidelines for the safe use of social media and calls on industry to more tightly regulate hours of social media use for young people,” Professor Kelly said.

“Clinical, educational and family settings are all potential points of contact where young people could be encouraged and supported to reflect not only on their social media use, but also other aspects of their lives including online experiences and their sleep patterns.

“At home, families may want to reflect on when and where it’s OK to be on social media and agree limits for time spent online. Curfews for use and the overnight removal of mobile devices from bedrooms might also be something to consider.”

Shirley Cramer, chief executive of the Royal Society of Public Health, said more action was needed from government to understand the impact of social media.

“This important new research confirms that we need to increase awareness and understanding amongst parents, schools and policy makers about the role of social media in our young people’s mental health, particularly taking into account the increased risks for girls,” she said.

Social media and internet companies have been criticised for not acknowledging the impact their services have on the lives of young people. However, in the last 12 months, firms including Apple and Google have introduced new wellbeing tools that enable users to track and limit their usage.