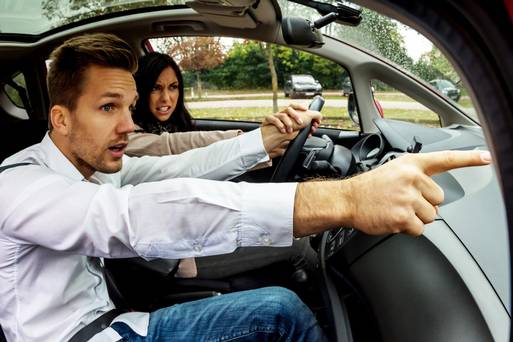 I am pleased to report that I have successfully organised and implemented a romantic weekend away. Where, you ask, did I whisk her away to – Paris? Prague? The Waterworld theme park that is Venice?

No. I brought her to the Paris of west Kerry – Dingle. She was confused. The place with the dolphin? Yes. The place that I brought not one but two ex-girlfriends on weekend breaks? Also yes. I tried to explain that really I am much like Fungie, unable to quit the place despite the fact that my species – Cork people – are not native to the area.

It took some work but she eventually warmed to the idea once I promised that there were boutiques that we could trudge around, and that nothing would make me happier than driving three hours to sit in a chair outside a dressing-room surrounded by bags. And anyway, when someone offers you a 36-hour spell away from kids you don’t ask too many questions – just get me the hell out of here.

There was something profoundly therapeutic about our three-hour drive. It’s rare that we have time alone to have a proper argument, and rarer again that it’s in a sound-proof space like the car, where we can really go for it. What started with a dispute over our delayed departure ended in a supernova of raised voices followed by two hours of silence.

Of course, married people know that this is really quite a sensible move: get the massive blow-out out of the way before the trip, rather than have it simmering in the background. By the time we got to Dingle our 80kph Gestalt therapy was a distant memory, and we were talking again.

It was time to unwind, to do those things we could not at home: eat a meal that isn’t just a child’s leftovers, have an uninterrupted conversation about whether or not I have put on weight, and walk around shops without worrying that we were going to misplace a child.

So we ate good food, and drank great drinks, and quietly accepted that we both really wanted an early night. Both of us were mildly embarrassed by this admission, but also quite pleased that we were about to harvest a precious 10 hours of sleep. That will do us till Christmas, we chortled the next morning as we ate every part of the pig on offer at the breakfast buffet.

I see romance in Dingle, something probably influenced by Ryan’s Daughter being the first occasion that I saw a breast. It’s hard not to be swept away by the wild landscapes, or the remoteness of it all. West Kerry sums up how I view life: you get a short summer season, and a long, and often cold winter, so you need to make those moments in the sun last. We were only gone from the kids for 36 hours, and while 10 of those were spent sleeping, and one was spent shouting at each other, we still banked enough us-time to get us to the end of another year together.

The last few years haven’t been especially fun – all we seem to do is worry, about the kids, about money, about the future, about the past. Both of us often lie awake at night for hours, frozen with anxiety about what comes next, or if this is it: are we simply to dwell in a semi-permanent state of terror and shame for the rest of our days?

Before we came home I insisted that we do the Slea Head drive. It’s a great trust exercise for any relationship as for much of it you are clinging your car to a cliff like a mechanical goat.

It was the best part of the trip, drinking in the incredible landscapes, daydreaming about running away together, fixing up an old cottage, and losing ourselves in knitwear.

But you have to go back, so we loaded up on artisanal dolphin-shaped chocolate for the kids and hit the road, back to dependable mobile signals, bland landscapes, broken sleep, hurried meals, and reality.