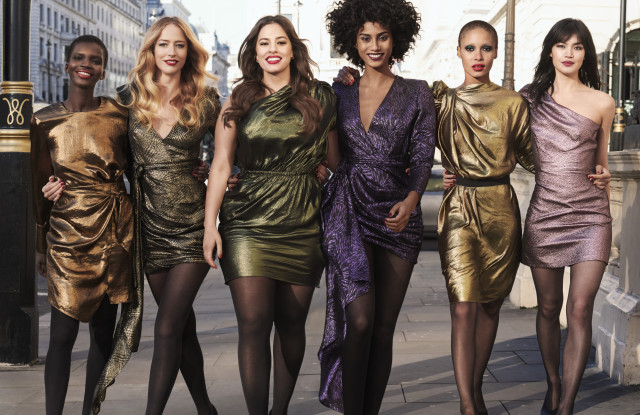 Revlon Inc. has gotten a lifeline — but it's coming with a cost.
The business has found a way to restructure short-term debt, and in 2020, is implementing a restructuring plan that includes layoffs. Revlon said that 60 percent of the $200 million to $230 million that it hopes to save by the end of 2022 will be coming through headcount reductions in 2020.
The overall plan is meant to "build a stronger global business operation," improve cost efficiencies, improve operating margins and grow income and profitability, the company said in a statement.
Revlon's 2019 restructuring program allowed the company to save $95 million. In 2020, the company expects between $105 million and $155 million in cost reductions, and between $55 million and $65 million in restructuring charges, including severance payments.
As part of the plan, Revlon reached a deal with Jefferies to restructure near-term debt, including senior notes due February 2021 and 2019 Term Loan, and secured new funding for the business. Revlon's maturity dates on that debt, combined with lack of available cash, had caused concern — and are also said to have spurred the company's exploration of strategic alternatives for the company. Revlon has hired Goldman Sachs to explore sale options, and that process remains ongoing.
The financing agreement with Jefferies provides up to $850 million in new financing that Revlon will use to repay the 5.75 percent senior notes maturing in 2021, on which it has $500 million outstanding, repay the 2019 term loan, which has $200 million outstanding, and provide additional funding for the business. The refinancing transaction is expected to close in the second quarter.
Revlon released the plan at the same time as its fourth quarter results, which saw sales drop 5.7 percent. All segments were down except for Elizabeth Arden, which gained 7.5 percent in the quarter, to $168 million in net sales. That gain was thanks to skin care, including Ceramide and Prevage, which sold well in international markets.
Revlon brand sales dropped 7.2 percent, to $242.7 million, portfolio sales also fell 7.2 percent, to $133.7 million, and fragrance sales dropped 13.8 percent to $155 million.
The company said that part of the Revlon brand's sales decline was the use of excessive coupons "that remain in dispute," and due to lower sales of makeup and increased discounting in North America.
The portfolio segment's declines were due to lower sales of Mitchum, which were slightly offset by higher sales from American Crew and Creme of Nature. That division's profit improved during the fourth quarter, due to lower overhead costs and brand support.
Revlon said softness in the fragrance division was due to decreases in the U.S. mass fragrance category and declines from Juicy Couture and Elizabeth Taylor. Christina Aguilera's fragrances were a bright spot.
Source: Read Full Article