More people are reporting being poisoned by essential oils such as eucalyptus oil and tea tree oil, with pharmacists warning the products should not be ingested under any circumstances.

A University of Sydney analysis, published in the Medical Journal of Australia on Monday, found calls to the NSW Poisons Information Centre about incidents involving essential oils increased by roughly 5 per cent each year between 2014 and 2018. 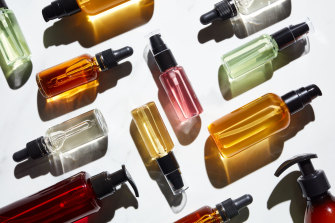 More people are reporting being poisoned by essential oils such as eucalyptus oil and tea tree oil.Credit:Stocksy

The NSW Poisons Information Centre handles calls from NSW, Tasmania and the ACT, as well as after-hours calls from across Australia, totalling half the country's poisoning reports.

In 2017-2018, 1177 calls regarding essential oils poisoning were received, with 63 per cent involving a child under the age of 15 being poisoned. Of these calls, 80 per cent were accidental poisoning, such as a child finding the bottle and drinking it, and 13 per cent occurred as a "therapeutic error", such as mistaking it for another medicine.

However, roughly one in 20 cases occurred through intentional use, with 105 cases (2.4 per cent of calls over the four-year period) described as "misinformed misuse" i.e. a person deliberately ingesting the oil with therapeutic intent.

Dr Rose Cairns from the University of Sydney's School of Pharmacy, who led the analysis, said, although the oils are most commonly used in aromatherapy, there are concerns a small but growing number of people are ingesting the toxic oils, possibly following recipes posted by wellness bloggers online claiming the oils can be consumed when mixed with water.

"These products are often being promoted by people with low or no qualifications," she warned. "People think a natural thing can't harm you but these are very concentrated oils … diluting them might reduce the risk of poisoning but we believe the safest option is to never ingest them."

Essential oils are liquids extracted from plant material through steam distillation. They have gained popularity in recent years in the wellness industry, promoted as being able to relieve stress, assist sleep and have an antibacterial effect when used in vaporisers or diluted and rubbed on the skin.

The highly concentrated oils have been known to cause symptoms ranging from drowsiness to choking, nausea and seizures. In some people, they can cause rashes and burns when applied topically, even when diluted.

A 2017 survey led by the University of Sydney, published in BMJ Open earlier this year, found 11 per cent of Australians reported using essential oils for medicinal purposes. Forty-three per cent of people who used the oils did so without consulting a GP, pharmacist or alternative medicine practitioner.

Although the Therapeutic Goods Administration regulates the packaging of essential oils, they are only required to be stored in a child-resistant bottle when the volume of the essential oil in the bottle exceeds 15 millilitres. However, as severe toxicity can be caused by a third of this volume, the authors of the new analysis said this is "inadequate".

Dr Cairns added that the results highlighted the need to carefully store essential oils when used, keeping them separate from oral medications. There is a spike in accidental poisonings over winter, when she said parents had reported confusing the bottles for cough medicine.

Elizabeth Greenwood, aromatherapist and vice-president of the Australian Natural Therapists Association (ANTA), said the increase in adverse reactions to essential oils use was a "relatively recent concern" and, as a result, ANTA does not have a specific policy on whether it supports the ingestion of the oils.

"[However], they are never to be prescribed mixed in water on a daily basis as oil and water do not mix," she said, adding essential oils should only be for short-term use for specific conditions when recommended by a health professional. In these instances, she said the oils are prescribed in "very small doses" in enteric coated capsules or in a lipid carrier if being administered by suppository.

"ANTA support ongoing discussions with the TGA in regards to regulating the safe practice of essential oil use in Australia," she said.